Talking Points in Response to ‘False Promise of Certification’

The “The False Promise of Certification” report is built on muddled thinking. It misstates problems and remedies and criticizes certification unjustly. Certification has never claimed to be a universal cure all. The fact that certification has gained any prominence is a result of its ability to drive more sustainable practices. In effect, the report homes in on certification because it is a convenient and obvious target.

1. What the report ignores

The nutritional needs of a growing population: Remarkably, the report calls for seafood consumption to be scaled back. Certainly, there is limited scope for increasing wild fisheries, but aquaculture is growing steadily and it can continue to grow because it’s more resource-efficient than terrestrial farming. Some forms of aquaculture do rely on wild marine ingredients, but an increasingly large percentage come from independently certified, responsibly managed sources.

The health benefits of seafood: Average seafood consumption rates are below recommended levels for healthy brains and vascular systems, so consumption needs to increase rather than decrease.

2. What the report muddles up

Consumer “confusion:” The report overstates consumer confusion as a result of multiple programs. But it then goes on, correctly, to identify that globally there are only two main certifications for wild seafood: the Marine Stewardship Council (MSC) and Friend of the Sea. The trend is now away from proliferation, assisted by independent benchmarking schemes such as the Global Sustainable Seafood Initiative (GSSI). The report effectively ignores decades of work by the United Nations’ Food and Agriculture Organisation and more recently GSSI.

Viable alternatives: The report doesn’t provide viable, large-scale alternatives. The report champions small-scale fisheries, fishermen’s cooperatives and simplified standards. However, if people are to respond to well-meaning initiatives, for example those that target small-scale fisheries, then they will need an identity, a name and perhaps a logo. This is the path to logo proliferation that the report identifies as a source of confusion.

3. What the report gets right

4. The case for seafood certification

Seafood certification is but one tool for actively promoting sustainable seafood, and it serves to complement rather than replace effective regulation and enforcement efforts. It has never claimed to be a universal cure all. It has gained recognition in the marketplace by demonstrating that it has a valuable role to play. Outside scrutiny is welcome, and schemes must have transparent governance and management. But certification schemes should not be criticized on the basis that they play an expanding role in the sustainable seafood movement. Final decisions on whether a fishery or farm achieves certification are taken by independent, third parties (certification bodies) and are not taken by the program owners. Certification programs remain open to input and engagement from conservation groups to ensure environmental objectives are met. 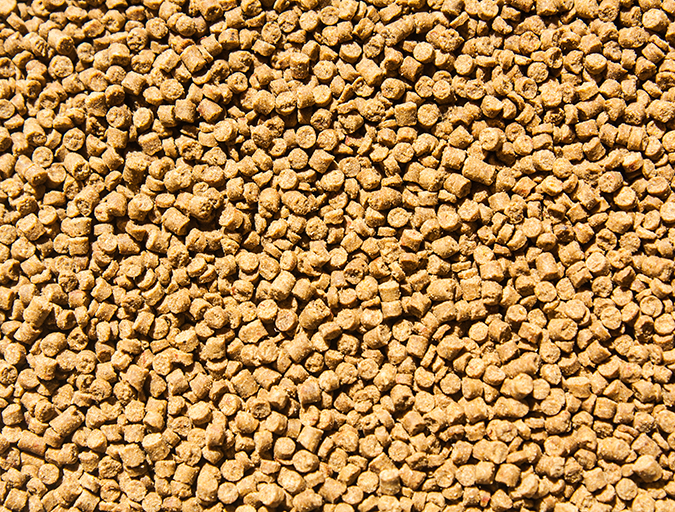 The Global Aquaculture Alliance (GAA) has issued the following talking points to help its supporters talk about what GAA and its industry-leading Best Aquaculture Practices (BAP) third-party certification program are doing to prevent labor abuse in the seafood supply chain: • GAA is fully committed to social responsibility as one of the pillars of its BAP

The Global Aquaculture Alliance commends the Canadian Food Inspection Agency (CFIA) for enacting a policy fortifying the value of voluntary third-party certification schemes like the Best Aquaculture Practices. The policy enables CFIA to use the outcome of a third-party audit on an aquaculture facility or other food facility to guide its risk-based inspection activities, recognizing 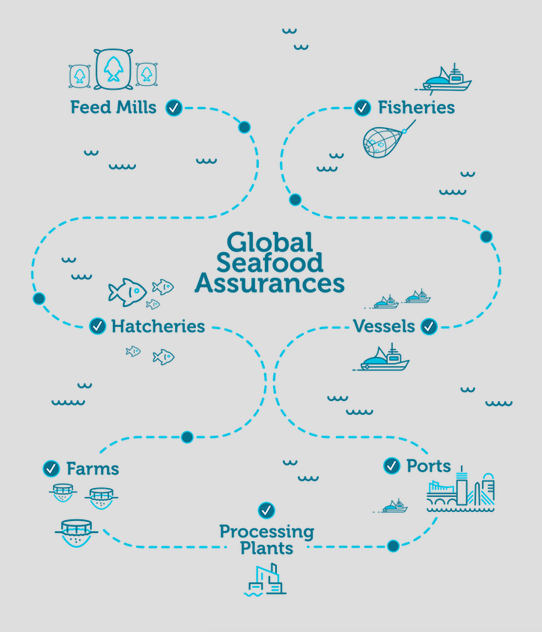 Global Seafood Assurances (GSA), a new, independent, not-for-profit organization established to meet marketplace and public expectations for assurances across the board in aquaculture and fisheries officially launched at Seafood Expo Global in Brussels, Belgium, on April 25. The Global Aquaculture Alliance (GAA) spearheaded the formation of the organization and will initially fund its operations. The