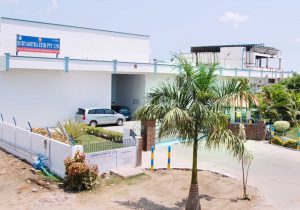 Four-star BAP status denotes that the processing plants, farms, hatcheries and feed mills from which a group sources are BAP certified. It’s the highest such achievement in the BAP program.

The effort was coordinated by U.S.-based NFS, a division of Pacific Andes International Holdings Limited, which sources shrimp from Suryamitra. Furthermore, the two companies are preparing to certify an additional 150 acres of farms, significantly increasing the group’s offerings of four-star shrimp.

“With this four-star certification, Ganga Ram Irrinki of Suryamitra, James Baros and Mathews David of NFS, and the BAP staff have made a significant contribution in advancing responsible aquaculture in India,” said Jeff Sedacca, president of the shrimp division at NFS. “This achievement is the result of more than two years of dedicated work. We expect to expand our Suryamitra/National Fish four-star supply dramatically now that the first project has been successfully completed. We will jointly continue our work to help farmers, small and large alike, to improve Indian aquaculture.”