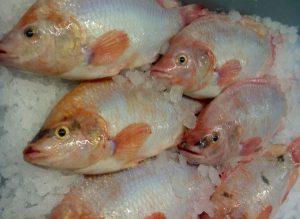 Located in Welton Cliff, Lincolnshire, the farm, which has been in operation since 2007, earned BAP certification in April. The tilapia are reared in a centrally heated recirculating system inside in a custom-built 1080-square-meter facility heated by a waste-wood biomass boiler and partially powered by a 45-kilowatt solar photovoltaic array.

Currently, the company produces approximately 50 tons of tilapia annually but hopes to reach a full production capacity of approximately 100 tons in the near future. The fish are processed by B & L Filleting, a local, family-owned seafood-processing company in Grimsby, and are sold as gutted, whole round red tilapia to UK supermarkets under the “The Fish Company” brand.

“It has been essential for The Fish Company to maintain a standard of production in line with the stringent quality guidelines that consumers have come to expect,” said Richard Beckett of R.H. Ward. “Attaining the BAP certification provides assurances to our customers that our facility meets international quality standards and is an endorsement of our commitment to advanced, sustainable fish farming.”