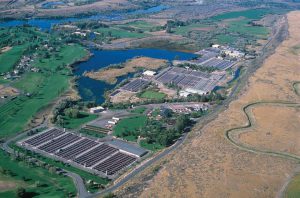 Clear Springs Foods produces a variety of fresh and frozen styles of rainbow trout including dressed, boned, and its market leading Clear•Cut® Natural and Butterfly boneless fillets. The company also markets a variety of value added products that include such species as Mahi Mahi, Swai and Cod. All products are marketed and sold to a variety of customers in the retail, foodservice and club store channels throughout North America. Clear Springs Foods will continue to assess customer needs regarding certification as the company is committed to continuous improvement.

The completion of the BAP finfish and crustacean farm standards in 2013 opened up the BAP certification program to a number of finfish and crustacean species not previously covered, including rainbow trout. Sea bass, sea bream, cobia, seriola, grouper, barramundi, perch, carp, flounder, turbot and striped bass are among the others.

About BAP
A division of the Global Aquaculture Alliance, Best Aquaculture Practices is an international certification program based on achievable, science-based and continuously improved performance standards for the entire aquaculture supply chain — farms, hatcheries, processing plants and feed mills — that assure healthful foods produced through environmentally and socially responsible means. BAP certification is based on independent audits that evaluate compliance with the BAP standards developed by the Global Aquaculture Alliance. For more information on BAP, visit http://bap.gaalliance.org.