Strict water-quality laws a draw for aquaponics ventures in Wisconsin

Indoor aquaculture in Wisconsin might sound unnecessary considering the state is surrounded by water on two sides and virtually covered with lakes and ponds.

“Minnesota is called ‘the land of 10,000 lakes’ but we actually have more,” said Wisconsin State Rep. Mary Felzkowski. But Wisconsin still imports the vast majority of its seafood, a fact that Felzkowski wants to change.

For years Wisconsin aquaculture has primarily been designed to boost sport fishing – companies raise bait and game fish to stock lakes and ponds.

Now, Felzkowski and others are championing aquaculture as a means to grow food production in the state, with a keen interest in recirculating aquaculture systems (RAS).

I’d love to have my constituents eating more fish farmed in the state of Wisconsin.

Felzkowski recently proposed – and passed in June – a bill that clarifies and trims regulations for Wisconsin aquaculture, putting the industry more in line with the state’s agriculture sector. She worked closely with the University of Wisconsin at Stevens Point, where researchers at the Northern Aquaculture Demonstration Facility are raising walleye and hybrid walleye in RAS systems and where students can earn a certificate in aquaponics at the newly expanded Aquaponics Innovation Center.

“I met with them and learned that aquaponics is exploding nationwide. But it wasn’t really moving anywhere in Wisconsin,” said Felzkowski.

“It had gotten to the point where there really wasn’t any growth in Wisconsin aquaculture for the past 10 years,” said Chris Hartleb, director of the Northern Aquaculture Demonstration Facility. He added that potential aquaculture operations often need as many 20 permits from both the state’s Department of Agriculture and the Department of Natural Resources (DNR).

Wisconsin is known for having some of the most stringent water laws in the nation, thanks to something called the Public Trust Doctrine, which says that all navigable waterways belong to the citizens. That’s a good thing, said Felzkowski. But she added it has often meant that producers have to jump through multiple bureaucratic hoops to do things like get roads and ponds repaired.

The bill, said Hartleb, is made up of a long list of small changes that all focus on defining aquaculture as agriculture.

“Now you can farm a pond just like you can farm land. So the ponds that you’re raising those fish in – if you own the land – are yours, whereas before it belonged to the people of the state.”

The shift will also allow fish farms to tap into various types of funding, like agriculture grants and loans.

Although few other states are as protective of their water as Wisconsin, Hartleb said that other non-coastal states can definitely look to Wisconsin as a model when trying to create more aquaculture-friendly conditions.

“The industry had to work with the Department of Agriculture and the DNR to get this bill passed,” he said. “They had to sit down, compromise, come to agreements, and really define things. And that’s a lesson: that you can get 20 different things changed if you sit with the agencies and work together.”

Hartleb said one fish farmer and Wisconsin Aquaculture Association Board member he spoke to recently said, “he could literally see the industry doubling in the next five years – because now the state’s inviting people to come and build a business here.”

That’s especially important because many of the current industry leaders are nearing retirement age and the state needs to attract more young business owners and investors. Making it more attractive to RAS projects is one way to do that.

Take perch, a local Wisconsin favorite that is no longer abundant in nearby Lake Michigan due to factors such as algae blooms and invasive species, such as Zebra mussels, that compete with the fish for food. The UW-Milwaukee School of Freshwater Sciences has found that growing perch in systems with controlled conditions, such as recirculating systems, can improve survival rates significantly.

Hartleb and Felzkowski also both point to new operation called Superior Fresh as a good example of what’s possible in the coming years. The aquaponics operation has been in the works for several years but launched officially, with Gov. Scott Walker in attendance, in August.

With the capacity to produce 160,000 pounds of Atlantic salmon and two million pounds of leafy greens annually, Superior Fresh was designed in collaboration with the Freshwater Institute, a project of the West-Virginia-based Conservation Fund.

Brandon Gottsacker, COO for Superior Fresh, studied at UW Stevens Point under Hartleb. He sees the company, which has recently begun selling the greens wholesale and plans to offer its first Atlantic salmon by August of 2018, as a game changer for commercial-scale aquaponics. At the opening event in August, Gottsacker said that he and Superior Fresh owners Todd and Karen Wanek set out create “a project that would make a statement about how we would grow food and consume food.”

And although he said it’s too soon to say how Felzkowski’s bill might help Superior Fresh grow in the future, Gottsacker contended it was the state’s tough regulations that prompted them to build an aquaponics facility in the first place. He and the Waneks originally planned to build a 1,000-metric-ton recirculating walleye farm, but Gottsacker said they changed course midway through the process because they would have had to build an expensive wastewater treatment plant. Adding the greenhouse and planting fields on the surrounding property with alfalfa they irrigate with the farm’s excess nutrient-rich water, on the other hand, made the project pencil out.

“We knew that if we could get through these regulations, and build a business within a state that is very cautious about discharge, that we can build it anywhere in the world,” said Gottsacker.

In addition to Superior Fresh, Hartleb said, he’s seen three other aquaculture businesses launch in Wisconsin in the last few months. “Most of these new ones are now being launched by young people in their 20s,” he added.

Felzkowski hopes the bill will bring about “common-sense changes that will still protect our environment and our wetlands but allow these businesses to flourish and actually expand.” And she believes the demand is there for local alternatives to imported farmed seafood.

“Nothing against China,” she said, “but I’d love to have my constituents eating more fish farmed in the state of Wisconsin.” 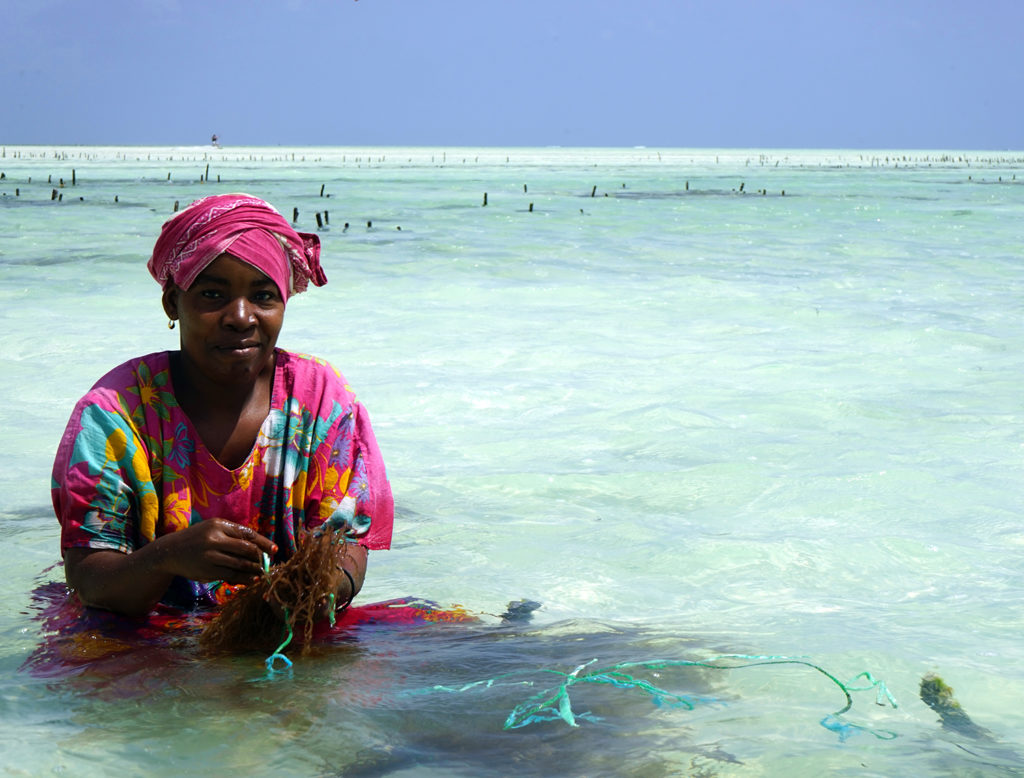 Open-ocean aquaculture, the “new kid on the block” in the rapidly growing aquaculture industry, was examined at a California Academy of Sciences event. New contributor Twilight Greenaway reports.