Although the application of lime has proven to be beneficial in controlling shrimp diseases like Taura syndrome and white spot syndrome by keeping optimum alkalinity levels, trials conducted at the Fisheries Engineering Faculty of Tumbes University in Peru showed that using lime for controlling vibriosis can be im-practical.

This is based on the minimum inhibitory concentrations (MICs) found for hydrated and quick lime against pathogenic strains of Vibrio parahaemolyticus and V. alginolyticus. For instance, it would require applications of 4,000 kg/ha hydrated lime to control V. alginolyticus and 9,000 kg/ha for V. parahaemolyticus. If applied at such high concentrations, the lime would cause drastic pH changes in pond water and stress the affected shrimp.

Research was done to determine the minimum inhibitory concentrations of calcium oxide quick lime and calcium hydroxide hydrated lime against pathogenic strains of Vibrio parahaemolyticus and V. alginolyticus identified in a shrimp farm next to the Tumbes University campus and isolated in agar.

Both types of lime were tested at a pure bacterial concentration of 5 x 103 colony-forming units (CFUs) per mL for an incubation period of 24 hours at 28 degrees-C. Using an adaptation of the standard methods described by the U.S. National Committee for Clinical Laboratory Standards, researchers found MIC values of 30 ppm for calcium oxide use against both V. parahaemolyticus and V. alginolyticus, 900 ppm for calcium hydroxide treatment of V. parahaemolyticus and 400 ppm for control of V. alginolyticus with calcium hydroxide.

Trials were conducted in two phases: an exploratory phase using a wide range of concentrations for both types of lime and a final phase in which more accurate values were obtained (Tables 1-4).


Table 1. Inhibitory effects of calcium oxide against a pathogenic strain of Vibrio parahaemolyticus.


Table 2. Inhibitory effects of calcium oxide against a pathogenic strain of Vibrio alginolyticus.


Table 3. Inhibitory effects of calcium hydroxide against a pathogenic strain of Vibrio parahaemolyticus.


Table 4. Inhibitory effects of calcium hydroxide against a pathogenic strain of Vibrio alginolyticus.

Some Latin-American shrimp farmers have reported beneficial results in the use of hydrated lime against pathogenic Vibrio attacks at concentrations of 75-100 kg/ha based on the “disinfectant power” of such concentrations. However, the authors have visited many shrimp farms in Latin America that have had uncertain results with the application of these liming rates. Farmers who limed at 75-100 kg/ha eventually had to use other methods, such as the application of probiotics or antibiotics in feed, to overcome Vibrio outbreaks.

Also in this study, quick and hydrated limes were applied at 75 kg/ha to tanks containing pond water with the pathogenic Vibrio strains tested for MICs. Results showed the applications were not successful in controlling the bacterial populations, even under optimal water parameters (Table 5).

Table 5. Pond water parameters taken before and one hour after the application of quick and hydrated limes.

Although this study found that a smaller amount (300 kg/ha) of quick lime was required for inhibiting Vibrio species than the 4,000 and 9,000 kg/ha of hydrated lime needed, the use of quick lime is not recommended because it can be harmful to workers who apply it. The sudden rise in water pH quick lime generates can also cause stress to shrimp during a Vibrio outbreak. 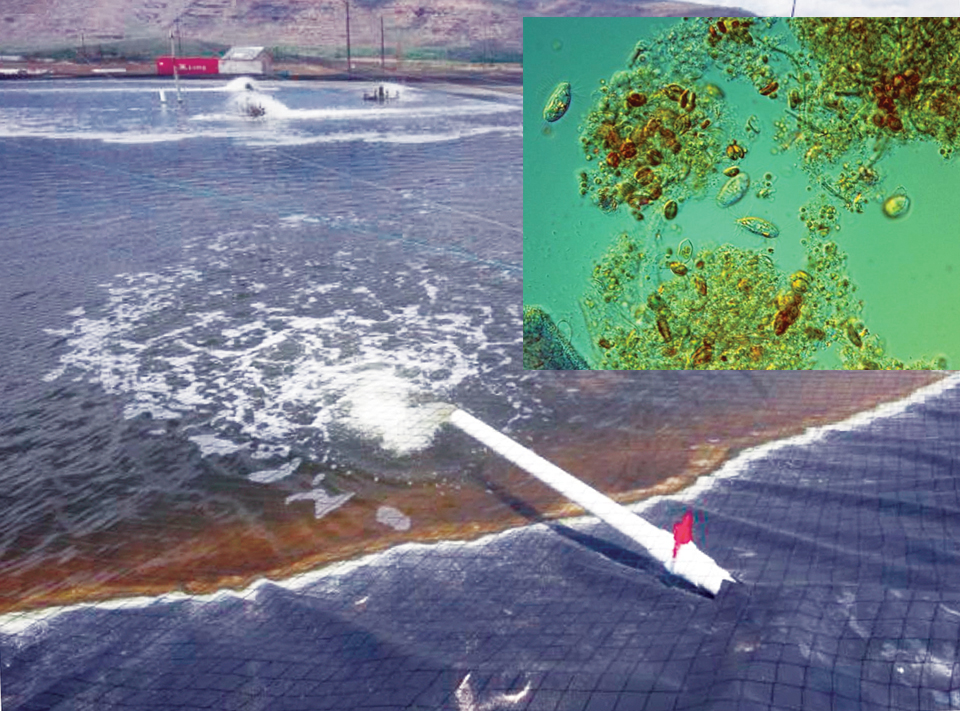