The majority of the world’s coastal zones are acidifying because of excess nitrogen from eutrophication, says Dr. Barry Costa-Pierce

Interest and excitement about the power of restorative aquaculture are ballooning, sparking discussion amongst the seafood industry, researchers and non-profit organizations about mariculture’s potential for climate change mitigation. Last month, The Nature Conservancy (TNC) published a study in Bioscience affirming that, when “done right,” restorative aquaculture provides multiple ecosystem benefits – including sequestering carbon dioxide (CO2) via seaweed production and products – and can help reduce the drivers of climate change.

“While each sector has different interactions with the environment in which they work and operational practices, most have specific opportunities for avoiding greenhouse gas (GHG) emissions or enhancing carbon sequestration,” said Dr. Alice Jones, the lead author of the study and an Industry Research Fellow at the University of Adelaide in Australia.

By sequestering carbon dioxide, seaweeds and shellfish can reduce coastal acidification. But Dr. Barry Costa-Pierce, University of New England professor and president/CEO of the Ecological Aquaculture Foundation, cautioned that some of the “hype” surrounding restorative aquaculture is problematic. Rather, he said it’s critical to understand that coastal acidification is “not only a story of carbon dioxide” but also of another harmful greenhouse gas: nitrogen.

“The real issue is not carbon sequestration,” Costa-Pierce told the Advocate. “The majority of the world’s coastal zones are acidifying because of nitrogen – not because of fossil fuel burning and CO2 dissolving in the water.”

As Costa-Pierce explained, “tremendous” nutrient loading into coastal waters is one of the major causes of coastal acidification. The process is called eutrophication ­– which occurs when the environment becomes enriched with nutrients, increasing the amount of plant and algae growth to estuaries and coastal waters. Excessive nutrients lead to algal blooms and low-oxygen waters (i.e. “dead zones”) that can kill fish and seagrass, harming essential fish habitats.

Eutrophication triggers a chain reaction in the ecosystem, starting with an overabundance of algae and plants. The excess algae and plant matter gradually decompose, producing large amounts of CO2. This lowers the pH of seawater, causing ocean acidification.

“Eutrophication was the big buzzword, 40 years ago,” said Costa-Pierce. “And now everybody is [saying] ‘ocean acidification,’ and it’s forgetting about the basic process of what’s going on in the coastal oceans.”

According to the National Oceanic and Atmospheric Administration (NOAA), 65 percent of the estuaries and coastal waters in the contiguous United States that have been studied by researchers are “moderately to severely degraded” by excessive nutrient inputs. Many of these estuaries also support bivalve mollusk populations, which naturally reduce nutrients through their filter-feeding activities.

We’ve got to stop using the ocean as a repository of our waste. Turn the pipe inland and reuse the nitrogen.

Acidification slows the growth of fish and shellfish and can prevent shell formation in bivalve mollusks. This leads to a reduced catch for commercial and recreational fisheries, which also means smaller harvests and more expensive seafood.

“The coastal oceans are dying because of nitrogen,” said Costa-Pierce. “We’re flowing in nitrogen in every possible way of humanity: from atmospheric deposition but a big one is from sewage. Even the best sewage treatment plants for reverse osmosis do not remove nitrogen. When nitrogen goes into the coastal ocean, it causes what is known as bacterial respiration, which produces huge amounts of CO2.”

Those CO2 levels build up, particularly in the bottom waters in stratified conditions, and when the ocean burps, CO2 sequestered on the ocean floor is released. The majority goes into the atmosphere.

“The coastal oceans of the world are like this enormous fossil fuel plant because of nitrogen,” said Costa-Pierce. “This is just killing the coastal ocean. It’s acidifying the coastal ocean because CO2 down there is creating pH levels that are so low that the animals can’t make shells and lobsters are going extinct in southern New England.”

As a result, any climate change measures that remove nitrogen from the ocean will ultimately decrease CO2 concentrations in the atmosphere. Restorative aquaculture is headed in that direction.

“Shellfish aquaculture is a super way of removing nitrogen,” said Costa-Pierce. “Seaweeds sequester a lot of nitrogen, and they move it out of the ocean. They’re a really good choice in the coastal oceans.”

Pointing out examples, Costa-Pierce cited green gravel – a novel restoration tool to combat kelp forest decline. With this technique, small rocks are seeded with kelp and raised in the laboratory until 2 to 3 cm in size, before out-planting to the field. The technique is cost-effective, simple and safe, as it doesn’t require scuba diving or highly trained field workers.

“It’s a cost-effective way of doing restoration, but it uses the aquaculture toolbox to give the hatcheries to produce those kelps and other temperate-zone species,” said Costa-Pierce.

As another model, Costa-Pierce also pointed to TNC’s efforts to restore oyster reefs through the Supporting Oyster Aquaculture and Restoration (SOAR) purchase program. With restaurant closures during the COVID-19 pandemic, many oyster farmers struggled to sell their products. TNC launched SOAR to support struggling farmers by purchasing unsaleable live oysters for deployment on restoration sites.

“At the recent meeting in San Diego, TNC reported excellent results on the spawning of those oysters that they put out,” said Costa-Pierce. “So, they’re re-establishing oyster reefs through a buying program. That is a great idea.”

Nonetheless, Costa-Pierce advocates for a “realistic approach” to developing restorative aquaculture – one that avoids assigning “miracle cures” for the environment and communities. Part of that approach includes focusing on coastal acidification versus ocean acidification in discussions about seaweed aquaculture.

“It is highly unlikely that we will ever be able to cultivate enough seaweeds to change the pH of an ocean,” Costa-Pierce wrote in a World Aquaculture paper he co-authored last year with Dr. Thierry Chopin at the University of New Brunswick. “However, at the level of a coast, an embayment or the intake of a shellfish hatchery, it is possible to have a significant impact.”

The duo offered a series of recommendations for advancing sustainable aquaculture development globally, one of which includes the concept of nutrient trading credits (NTC), particularly for the recovery of nitrogen and phosphorus. NTCs could be used as financial and regulatory incentive tools to “encourage single-species aquaculturists to contemplate innovative practices, such as Integrated Multi-Trophic Aquaculture (IMTA), as a viable alternative to their current practices.”

“There is more money to be made with nutrient trading credits (between U.S. $ 1.1-3.4 billion for nitrogen and US$ 51.8 million for phosphorus) than with carbon trading credits (US$ 29.1 million),” wrote the authors. “Recognition and implementation of NTCs would give a fair price to seaweed and extractive aquaculture.”

Wrapping up his interview with the Advocate, there was one last point that Costa-Pierce hammered home: “We’ve got to stop using the ocean as a repository of our waste. Turn the pipe inland and reuse the nitrogen.” 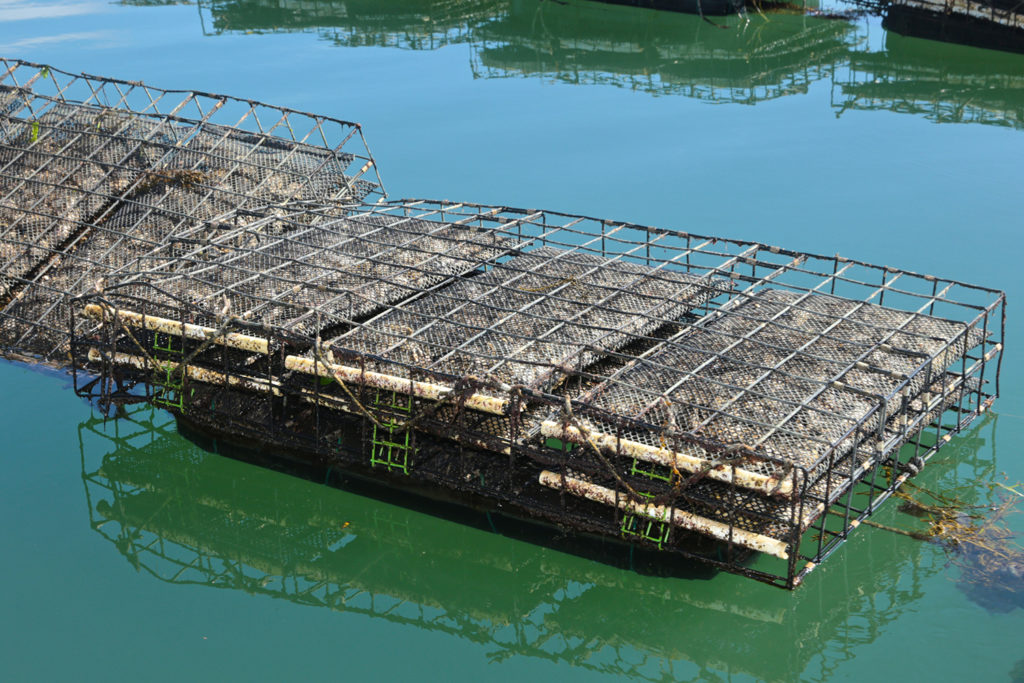 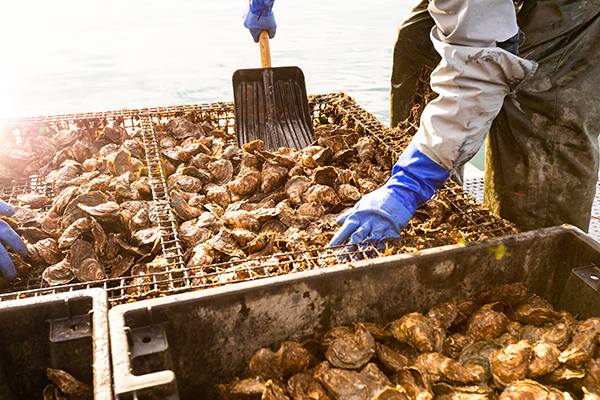 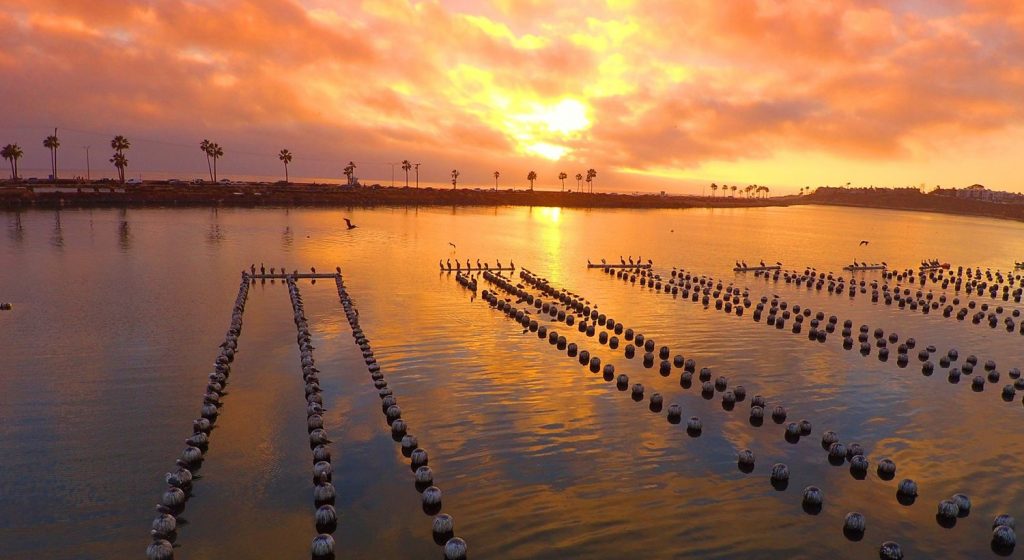