As kelp forests worldwide show dramatic signs of decline in density, scientists are racing to find ways to cost-effectively reforest the coastlines and re-establish these crucial ecosystems. One promising strategy is the green gravel approach, wherein kelp seedlings are grown on gravel and then scattered on the ocean floor, where they’d hopefully anchor and flourish.

“The need to meet this reforestation challenge is urgent,” said Karen Filbee-Dexter, a research fellow in marine ecology at the University of Western Australia. Filbee-Dexter was one of the founders of the Green Gravel Action Group, whose purpose is to unite scientists working on kelp-loss mitigation strategies worldwide so they can share ideas and exchange information.

“Kelp forests provide fish habitat, store carbon and protect the coast from storm surges and sea level rise, so having intact sea forests is really important,” she said. “By restoring and reforesting the kelp we can revive coastal fish stocks, increase our natural carbon sinks and protect our coast and our coastal communities from future changes.”

A marine heatwave in 2011 resulted in loss of kelp forests along an extensive area of Australia’s west coast and even though marine temperatures have cooled since then, the kelp hasn’t recovered, she said.

“Instead of kelp forests we now have turf reefs – mats of algae that change the whole habitat structure of the reef. It’s like going from a skyscraper to a flat field. The same thing happened in Nova Scotia, and in Norway, where the green gravel restoration tool was developed.”

Kjell Magnus Norderhaug, a scientist at the Institute of Marine Research in Bergen, Norway, said the green gravel concept was developed 10 years ago and remains in pilot stage.

“Basically we’re seeding sugar kelp onto small stones in a lab, letting them grow until they’re a few centimeters in size, and then sprinkling them overboard into the ocean where they fall down like small parachutes. As the kelp grows on the stones it either overgrows the stones or attaches to the surface.”

Small-scale pilot tests have been successful but important scientific questions remain unanswered: “We still don’t know at what stage it’s most efficient to put out this gravel, how long to keep it in the lab, what season to distribute the gravel or the arrangement of density and the size of the stones,” Norderhaug said. “So there are still a lot of questions before we know this concept will work and can be upscaled on larger areas. But it’s very promising and the pilots we’ve performed over the past nine months in an archipelago in southern Norway have been very successful.”

Other green gravel pilot projects are ongoing in Portugal and Canada. In British Columbia, Dr. Chris Neufeld, associate researcher at the Bamfield Marine Sciences Centre on Vancouver Island, noted that sunflower sea stars, which were predators of sea urchins, decreased in an outbreak of Sea Star Wasting Syndrome, a situation exacerbated by the marine heatwave. As a result, urchin populations have increased dramatically from California all the way to Alaska.

“The urchins are moving into the kelp forests, mowing them down and turning them into urchin barrens,” he said.

Neufeld and his team are collaborating with Canadian Kelp Resources, a company that produces seaweed kelp vegetables, to grow and distribute kelp on green gravel. The hope is that things will be ramped up significantly over the next year, but again, there are still many unknowns.

“There’s no point trying to restore lost kelp forests in places where they won’t survive, so understanding which locations are good for successful restoration is crucial. We also want to identify particular strains of kelp that might be naturally more heat resistant and develop lineages more resistant to the conditions we know are coming,” Neufeld said.

In Portugal, Axel Bugge, co-founder of SeaForester, is working to encourage sea forestation projects worldwide and hopes to ultimately partner with seaweed farmers to grow and distribute kelp seedlings.

“This is a big environmental issue, and it’s overlooked,” he noted. “We’ve had two or three projects in Portugal which have tested seaweed restoration approaches, including green gravel and older style methods using ropes and sending lines with seaweed spores into the sea. It’s only in the last eight months that we’ve concluded green gravel is extremely promising in its potential to dramatically cut costs.”

“Ultimately, replanting seaweed forests is costly, but the green gravel approach in its simplest sense – taking a rock with a spore growing on it and throwing it off the side of a boat – could dramatically alter the cost-benefit equation. From the initial results we’ve seen in Portugal there’s no doubt in my mind that this can work on a large scale.” 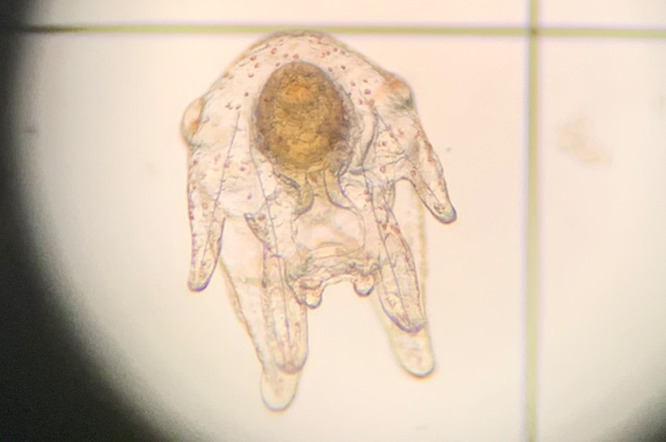 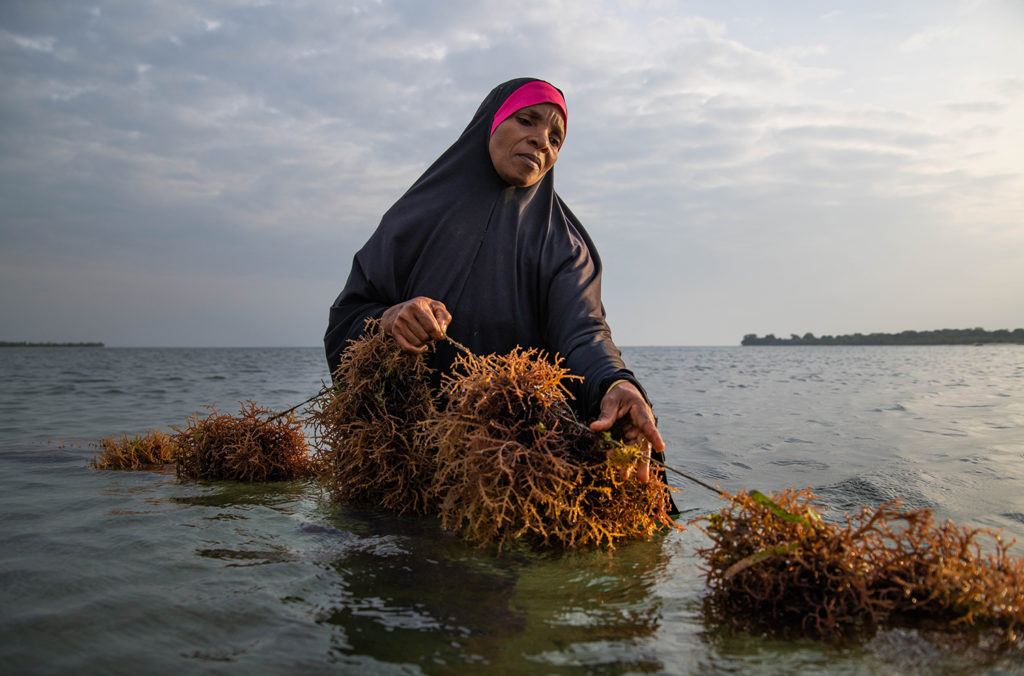 For seaweed farmers in Zanzibar, a chance for real growth

For many Zanzibari women, seaweed farming provides opportunity, but hardships are common. A project from The Nature Conservancy lends hope.