Maryland and Virginia are exploring new ways to offset pollution from development, but not everyone is buying it

Like many folks new to aquaculture, Johnny Shockley is a former commercial fisherman who wanted to continue working on the water. And, like many newcomers to oyster farming, he sees his new vocation not just as a job, but as a way to keep the waters he works on healthy and clean.

Even if some of the oysters he grows aren’t intended for restaurants.

Shockley and his filter-feeding bivalves are on the forefront of new nutrient-credit trading programs in Virginia and Maryland that proponents say will clean up waterways, particularly the once-oyster-rich Chesapeake Bay. In short it works like this: Property developers seeking a way to offset assumed runoffs from new projects pay oyster farmers like Shockley to stock the waters with oysters that fulfill the water-cleansing tasks. It’s an idea that’s worked in wastewater management and energy.

Shockley is a founding partner at Hooper Island Oyster Co. and sees “nutrient credit trading as a market-based approach to clean water and develop a scaled-up oyster industry that provides an enormous amount of protein,” he said. “The model is intended to be able to satisfy everyone’s vision of what the oyster is meant to be.”

Chesapeake Bay, where the company operates, was once akin to oyster heaven (Chesapeake means “great shellfish bay” in Algonquin). But the bay has lost more than 98 percent of its oysters, according to the Chesapeake Bay Foundation, and the seafood industry in Maryland and Virginia has lost $4 billion in income in the last 30 years as a result.

The decline of the oyster population has worsened the bay’s pollution problems. As the levels of phosphorous and nitrogen from runoff and waste grew, algae blooms took over, sucking the oxygen out of the water. The Environmental Protection Agency estimates that 15,000 bodies of water have been impacted in this way.

States like Virginia and Maryland have multiple ways to mitigate the damage, including new sewage treatment plants, putting limits on waterfront development and paying farmers to leave fields fallow.

They can also encourage the repopulation of oysters because oysters filter particulates out of the water column, said Jessica Moss Small, Ph.D., assistant director at the Virginia Institute of Marine Science. Oysters eat algae (and phytoplankton) before they can bloom and kill the waterway.

“When you plant oysters in an area, the water quality often improves because of that filtering capacity,” she said. It lets light shine through the water, which brings back seagrass “that weren’t there before because the water was too turbid.”

According to research from the Virginia Institute of Marine Science, an acre of restored oyster reef can remove nearly 500 pounds of nitrogen from the water a year. The Nature Conservancy estimates that restoring 1,300 acres of oyster reef would have the same effect as building a new wastewater treatment plant.

But who’s going to pay for it?

That’s where the Virginia and Maryland’s nutrient trading programs come in. Under laws passed in both states, developers can buy credits from oyster farmers to offset their assumed environmental impact. For example, a residential project developer puts in a lawn to be maintained with fertilizer. For every pound of nutrient they plan to put into the lawn, they must buy two pounds of offsetting credit, according to the EPA. How many credits they get depends on the size of the oysters harvested.

Shockley said that the credit trading company he also owns, Blue Oyster Environmental, has started to aggregate credits produced by the existing aquaculture industry and plans to act as a credit broker.

“We can use it as a municipal tool to turn the degradation of the bay around and use economic incentives to reverse the environmental tragedy that we’ve experienced over the last 150 years and revitalize the communities up and down the bay that were built upon the economy of the oyster,” said Shockley.

The U.S. Department of Agriculture has reported that “interest in nutrient trading in Virginia indications that state transportation agencies could be a significant source of demand for water supply credits across the nation,” and that both the Virginia Department of Transportation and Metropolitan Washington Airport Authority, along with small individual residential projects are still in need of phosphorus credits.

Right now, the laws to create the programs have passed, but the programs themselves haven’t started yet, though Maryland released General Guidance FAQs in January of this year. That’s why it’s still unknown whether they will work.

“From a conceptual basis it’s a sound idea,” said Kurt Stephenson, Ph.D., professor of environmental and natural resource economics in the department of agricultural and applied economics at Virginia Tech. “I just don’t think that people have a realistic expectation of how much from a financial perspective it can really help growers. That’s my ‘let’s tap the breaks on it’ idea. It’s not going to be the financial boon people hope that it’s going to be.”

He’s not as optimistic as proponents of the program that potential buyers are out there.

“The idea that a wastewater treatment plant buying a bunch of credits from an oyster grower and having their permit compliance wrapped up in the behavior of a third-party grower 150 miles away – it opens them up to a lot of regulatory risk and scrutiny,” he said.

Stephenson also said that he’s not sure oyster credit prices will be competitive with other kinds of offset credits already available, when considering the cost of growing, harvesting, marketing and meeting regulatory requirements.

“Wastewater management plants in Virginia are selling credits for $5 per credit per year,” he said. 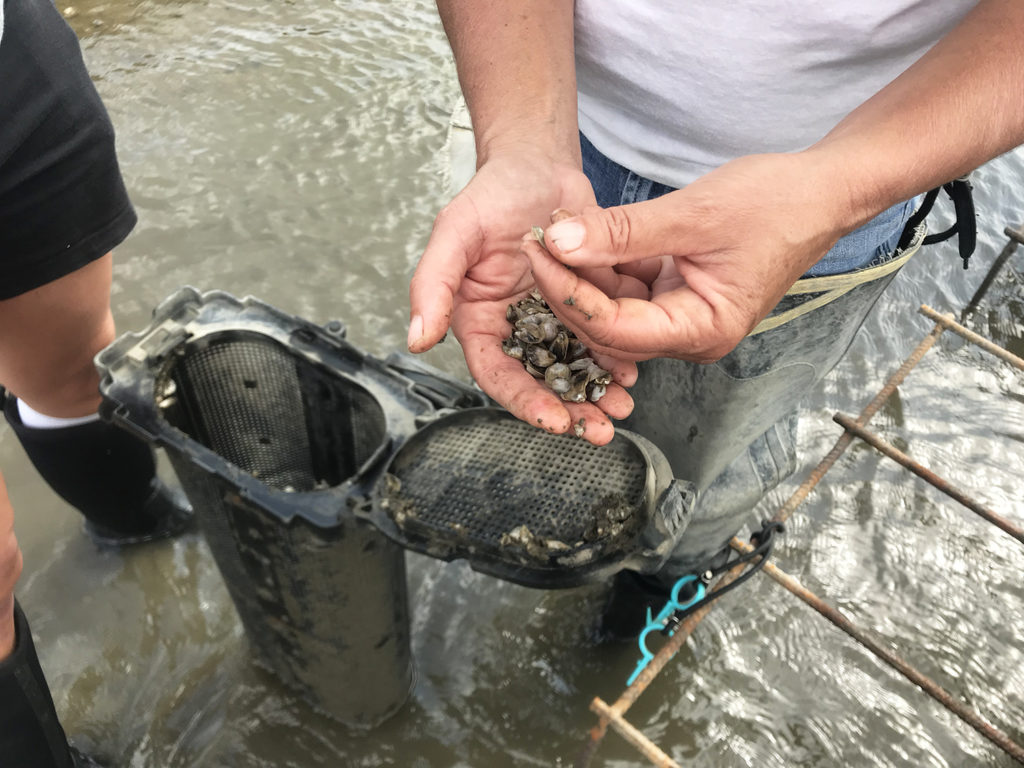 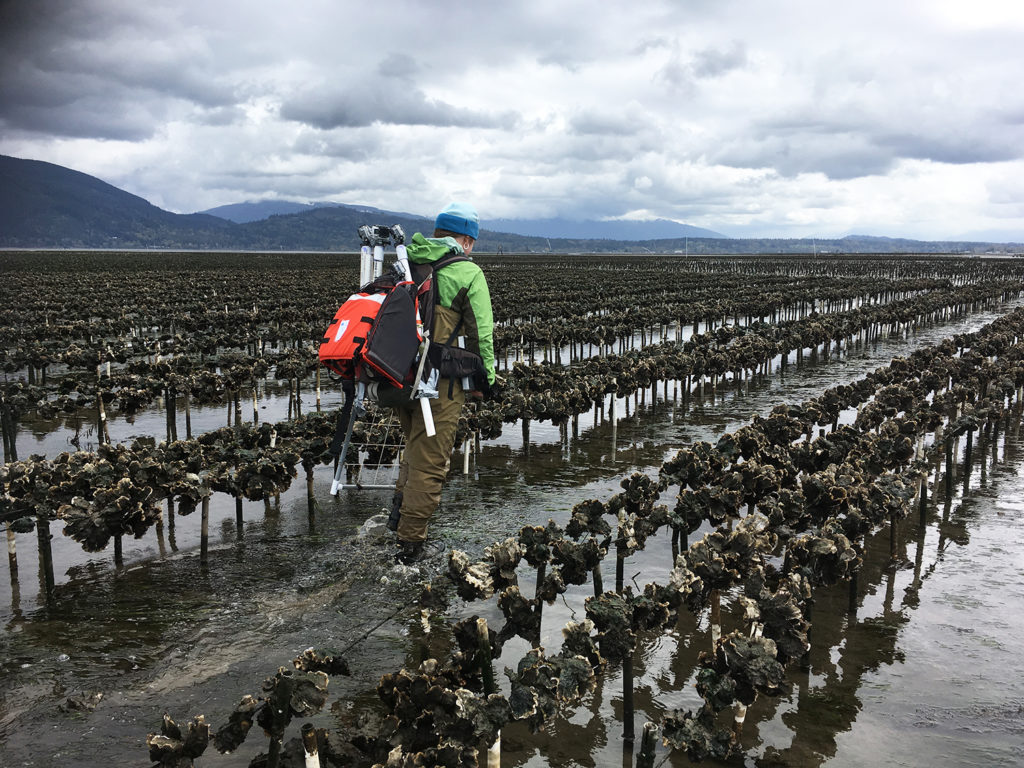 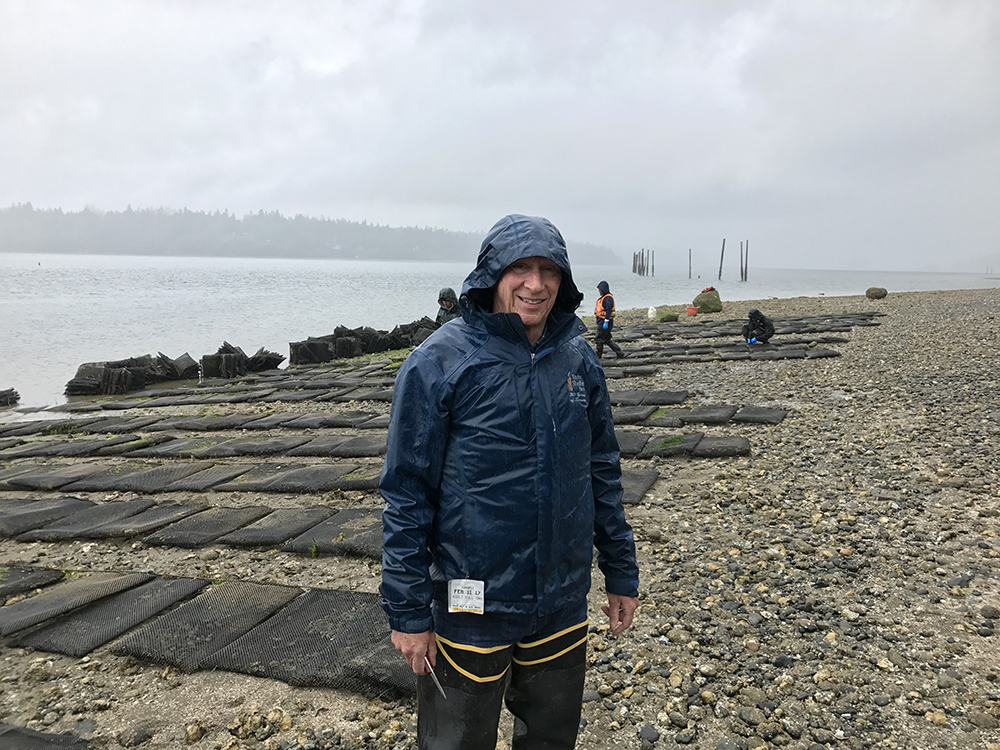