The husband-and-wife team of Bill and Betty More may not be widely known throughout the global seafood industry, but their work in aquaculture has earned them admiration and respect in many parts of the world where seafood is produced. Not only do the Mores possess vast knowledge and experience gained over a half-century, they constantly bring laughter to their friends and colleagues with a unique brand of witty banter that will be impossible to replicate.

Bill More, director of the Global Aquaculture Alliance’s (GAA) Best Aquaculture Practices (BAP) program, is widely recognized as a pioneer in shrimp farming, spending his entire adult working life in an industry that produces the majority of the United States’ most popular seafood product. His wife of 54 years has been with him every step of the way.

The Mores will be retiring from GAA at the end of 2015 having spent much of their careers in the field and encouraging responsible practices throughout the industry. The Seafood Industry Research Fund (SIRF) has launched the Bill and Betty More Living Memorial Fund to honor all of the invaluable contributions the pair has made during their distinguished careers. SIRF is now in the process of raising a minimum of $50,000 necessary to establish a permanent fund in their names. Over the past 50 years, SIRF has funded more than 400 research projects at 50-plus universities and agencies to solve a variety of issues regarding seafood production, including food safety, nutrition, quality, allergies, viruses and aquaculture.

Mr. More’s interest in shrimp goes back to his college days at Texas A&M, where he graduated in 1962 with a Bachelor of Science degree in fisheries. He then worked as a marine biologist for the state of Texas, identifying shrimp larvae entering the state’s bays through island passes and established the first experimental marine research station in Texas where the first trials of shrimp farming were conducted in the 1960s.

Betty attended Texas A&I, 500 miles away from Texas A&M. Bill had tried to convince her to elope and move away with him, but patience paid off and the two were eventually married on April Fool’s Day in 1961, despite Betty’s father’s reservations.

“My parents were not too thrilled about me going out with someone who was rough-necking in the oil fields,” said Ms. More, who soon realized that her husband had not only a tough summer job during school but also some strange hobbies that he maintained for years. “I didn’t know he collected and milked rattlesnakes to supplement his college education. We were just not exactly like most young married couples.”

Mr. More went on to work in all phases of aquaculture production, and had notable successes in feed trials for shrimp, catfish and redfish. His work took him to Florida, Brazil, Panama and Ecuador where his efforts helped the Ralston Purina Company become a leader in aquaculture research. Over the course of 15 years, he and his colleagues had a major breakthrough with Pacific white shrimp (Litopenaeus vannamei), breeding the species in captivity and growing the operation to a commercial scale. Agromarina de Panama, S.A., where Bill was VP of operations, employed a modern commercial hatchery and closed-cycle maturation facility with semi-intensive farm that covered 900 hectares (roughly three and a half square miles).

The one thing I can say about life with Bill is that it was never boring. I don’t remember ever having a challenge that we couldn’t handle.

Ms. More, better known as Miss Betty among BAP clients, also worked in real estate and was always incredibly resourceful. While living in a rural area of Texas where rattlesnakes were abundant, she learned to use guinea hens to warn of the snakes’ appearance in order to keep her two young sons — born in 1964 and 1969 — safe. The Mores’ first son, Russell, is a developmental engineer at Microsoft, while Lance works in sales for RR Donnelly & Sons in Chicago, the largest printing firm in the United States. Aside from her real estate career, Betty also raised orchids, chickens and ducks, and also authored the book “Soldier Boy: Letters and History of an Illinois Soldier,” which was published by Heritage Books and was reviewed by Civil War Magazine in 2001. She also has extensive training in auditing of social and food safety management systems and in HACCP (Hazard Analysis Critical Control Points).

Mr. More has consulted in technical, operational and management phases of countless aquaculture projects throughout Central and South America and several countries in Southeast Asia and Africa in everything from growing and feeding trials to combating persistent diseases such as the devastating white spot virus. In 2003, he parlayed all his experience to become VP and director of certification for the Aquaculture Certification Council, which managed the certification of standards for shellfish and finfish farming, standards that would eventually became the backbone of the BAP program.

Since 2011, Bill has served GAA as the director of the BAP program, with Betty as the program manager. Today there are more than 900 BAP-certified facilities whose journey to certification was guided by the Mores. Many in the industry refer to them as pioneers.

“I guess in some ways we are,” said Mr. More. “Our Ralston Purina team closed the cycle on the vannamei, which represents 90 percent of commercial [farmed shrimp] production today.”

The Mores, who will remain valuable consultants for GAA beginning in 2016, leave a powerful and lasting legacy in aquaculture and in seafood. But their work is not done: In fact, Ms. More has plans to write a book on the history of fish farming.

“The one thing I can say about life with Bill is that it was never boring,” said Ms. More. “I don’t remember ever having a challenge that we couldn’t handle.” 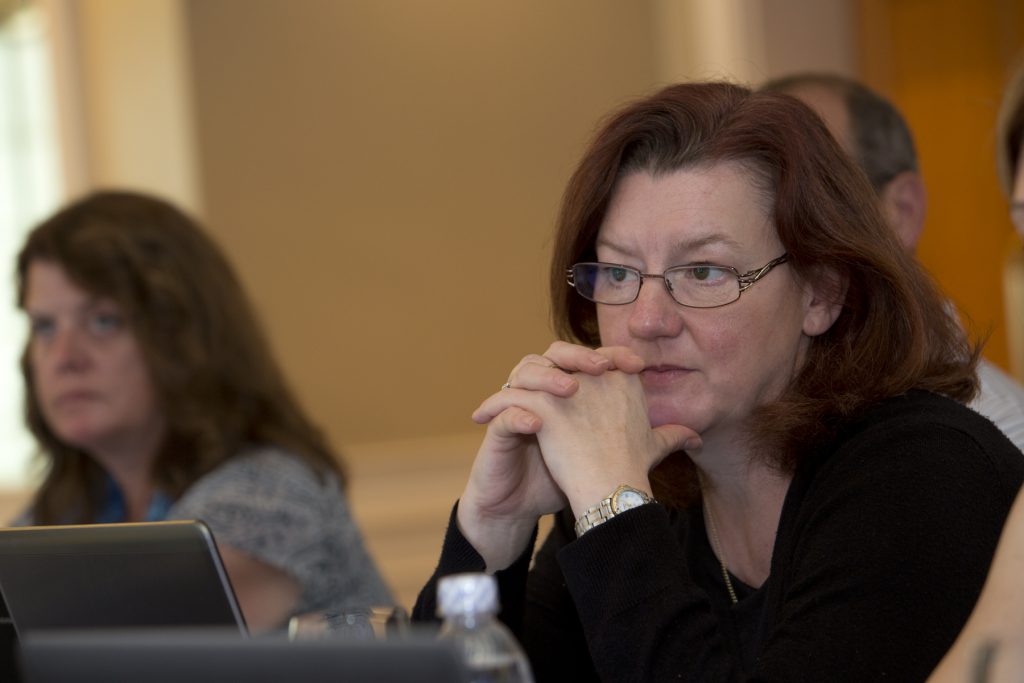