In August 2014, Russia introduced an embargo on food imports, including seafood, from the United States, all European Union member states, Australia, Canada and Norway. After 14 months, what have been the consequences of the embargo? Consider the impacts on the global market for farmed salmonids – salmon and ocean-farmed trout.

During the same time period, the salmon market has grown in terms of the number of importing countries, leading to a geographically less-concentrated global market. This is illustrated by the development of Norwegian exports of farmed salmonids, as measured by the Herfindahl market concentration index (Figure 1).

Figure 1 shows the Herfindahl index for Norwegian salmonid exports steadily declined from 1990 to 2014, implying that the dependence on individual import countries has also declined over time. Norway exported salmonids to around 100 countries in 2014.

On August 7, 2014, the Russian government issued a decision that defined the banned food products and the source countries concerned. The list of banned products included meat, fish, milk and dairy products, fruits and vegetables. The embargo included most of the products in the Harmonized Tariff Schedule category for fish. The list was modified by an August 20 government decision that made an exception for salmon smolts, which can be used for domestic salmon farming.

In June 2015, the embargo was extended to August 6, 2016. On August 13, Russia also banned products from Albania, Iceland, Liechtenstein, Montenegro and Ukraine.

Before the embargo, Russian imports of fish increased year by year and reached a value of $3.2 billion in 2013 for 1.03 million metric tons (MMT) of fish and seafood. When the food embargo was introduced, imports declined. For the first six months of 2015, the import volume was down 53 percent. Figure 2 shows the declines in monthly import volume and value since August 2014.

The effects of the embargo on imports from different export countries and regions are shown in Figure 3. Imports from Norway, Canada, the U.S. and E.U. have virtually disappeared.

The largest import decreases in value have been for salmon and trout, but herring, mackerel and capelin imports have also decreased substantially. In total, the supply of fish in the Russian market seems not to have been greatly affected, but along with an increase in Alaska pollock has come likely decreases in most other important species.

Russian imports during the last years before the food embargo consisted of more than 200,000 MT of salmon and trout – mainly from Norway – and more than 400,000 MT of pelagic fish species that came mainly from Norway and E.U. countries. Some of the pelagic fish have been replaced by fish from Iceland and the Faroes, but the import volumes are approximately half of what they used to be.

It is difficult to substitute similar products for salmon and trout, especially on a short-term basis. Norwegian products have been replaced by salmon from other countries to some extent. The Faroe Islands have increased their exports of mostly fresh, whole salmon to Russia to 9,000 MT. Chile has also increased its exports, with 7,000 MT of frozen, whole salmon.

Almost half of the imported salmon usually goes into salting and smoking, and there is evidence this share has been more or less stable through this period. Salmon and trout have also been very popular in restaurants, especially as main ingredients in the many sushi restaurants all over Russia.

The Russian food embargo has led to an increased scarcity of fish in the Russian market. Both the industry, from importers to small producers, and consumers have been affected. Since the embargo, many middle-class consumers have experienced lower purchasing power. Consequently, they have not been able to consume more-expensive import products in the same amounts as before.

The Russian fish market has been severely impacted by the lack of fish as raw material for the processing sector, resulting in the suspension of activity or even closure of several processing companies. The overall decline of the Russian economy – caused by falling oil prices and the weakening of the Russian ruble – has contributed to declining domestic demand for seafood products.

The Russian seafood sector is currently characterized by concern over declining consumer purchasing power and the ability of businesses to maintain their activities in a situation with a weak ruble and a sharp increase in key interest rates.

As described earlier, the global salmon market has both grown in volume and become geographically more diversified. This has made the market more robust to shocks from individual import countries.

As shown in Figure 4, it is hard to detect any effect on salmon prices from the Russian food embargo after August 2014. Russia represented around 13 percent of Norwegian salmonid exports in 2013, and was Norway’s largest export market. The embargo led to a reduction to a 6 percent export share in 2014, and then to virtually zero in 2015.

Although significant short-term costs were inflicted on some individual companies with large shares of production going to Russia, the Norwegian industry as a whole was able to shift its production to other markets with limited costs. Other salmon-producing countries not affected by the embargo have increased their exports to Russia, to some extent by reducing their exports to other markets.

So far, the biggest losers from the Russian food embargo have been Russian consumers. They have experienced a decline in the volume of seafood available to them, a reduction in the quality of several seafood products and higher prices. Russian companies in seafood value chains have also been hurt, particularly those highly dependent on established relationships with suppliers in banned countries.

Individual companies in the countries excluded from exporting to Russia have also incurred significant costs from the loss of the Russian market. But by and large, companies in exporting countries have been able to shift to other markets. The salmon industry, in particular, has demonstrated that it is globally diversified, and that even the closing of one of the largest national markets has limited effects. 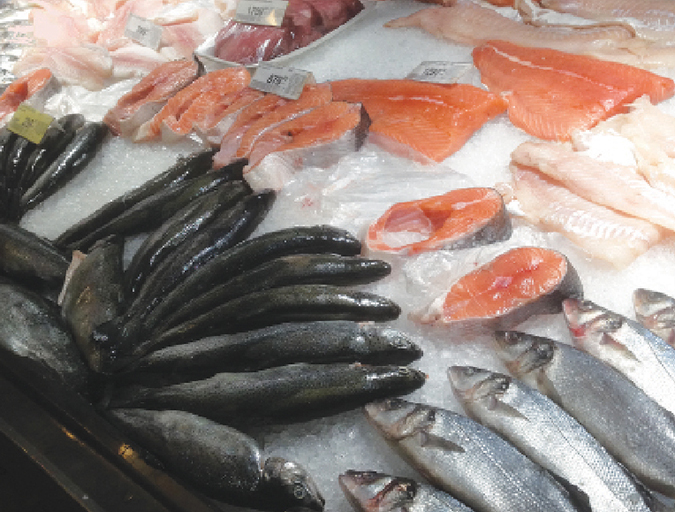 Russia’s 2014 embargo on seafood and other food imports from the United States, European Union members and other countries created multiple impacts. Russian consumers have experienced higher prices and declines in the volume and quality of seafood available. Russian companies in seafood value chains have also been hurt.