The Fishin’ Co. to present findings at GOAL conference 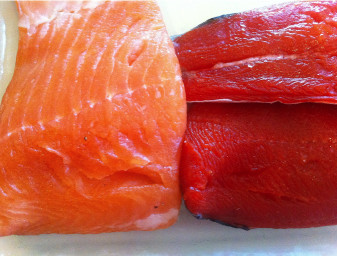 The marketplace is, at times, an unfriendly place for farmed seafood products. Consumers may look upon aquaculture with a skeptical, if not disdainful, eye if informed by negative media reports — particularly those sharing outdated or inaccurate information, of which is there is a startling amount.

When it comes right down to it, however, we know very little about how consumers truly feel about farmed seafood, either in general or in comparison to wild seafood. Price is huge, but what other factors are as well? Does production method matter? What importance do they place on sustainability — do they even know what it means? In that vein, does any environmentally friendly attribute trump the price tag in a supermarket shopper’s mind?

These are the types of questions that U.S. seafood company The Fishin’ Co. sought to answer with a survey of U.S. consumers, conducted in February. The results will be revealed at the Global Aquaculture Alliance’s (GAA) GOAL conference, held in Vancouver at the Four Seasons Hotel from Oct. 26 to 29. GAA co-commissioned the survey.

Matt Brooker, senior category manager at The Fishin’ Co., told the Advocate in September that the survey results could help all seafood companies understand what goes through the minds of consumers when weighing a seafood purchase. The Fishin’ Co., one of the largest U.S. tilapia importers, wanted to determine the key drivers for both positive and negative public opinions of farmed and wild seafood.

“There’s so much work being done on the back end to make [farmed fish] the protein of the future, but so little of it being communicated to the consumer,” Brooker said. “There is real progress. But consumers still see the farmed seafood industry that existed decades ago, not the one that exists now. In order to send the right message to the consumer we needed to figure out where they were and what they knew.”

About 500 consumers across five geographic locations were asked 25 questions about the seafood they purchase and what matters to them when doing so. Questions covered purchasing priorities (“In your mind, what is the greatest health benefit of eating seafood?”), views on sustainability (“When buying seafood, how often do you check to see if it has come from a sustainable source?”) and farmed versus wild opinions and overall knowledge (“What percentage of the seafood sold in the U.S. do you think is farm raised?”). Other questions covered country of origin and familiarity with eco-labels. In many instances, respondents were asked to explain why they had a favorable or unfavorable view of either farmed or wild seafood.

Not unexpectedly, 81 percent of the consumers surveyed rated price as “extremely or very important,” while only 55 percent put the same level of importance on sustainability. Visual appeal and health benefits both ranked higher than sustainability as well.

In the farmed-versus-wild conversation, 53 percent of survey respondents had a positive view of farmed seafood, while 88 percent had a positive view of wild seafood. Consumers surveyed were mostly concerned about the quality of farmed seafood, followed by food safety and environmental concerns. Environmental impact was the top concern for wild-caught seafood.

Consumers still see the farmed seafood industry that existed decades ago, not the one that exists now. In order to send the right message to the consumer we needed to figure out where they were and what they knew.

Interestingly, however, only 30 percent of respondents rated method of production as one of their top three concerns when purchasing seafood. And while most respondents said they preferred wild seafood, almost all continued to buy farmed seafood because of its consistent availability and affordable price.

The complete survey findings will be released on Wednesday, Oct. 28 during the consumer education panel at GOAL. Brooker will present the findings, which will be followed by a panel discussion featuring Ned Bell, executive chef of the Four Seasons Vancouver; Ann-Marie Copping, Ocean Wise program manager at the Vancouver Aquarium; Jennifer McGuire, MS, RD, manager of nutrition education at the National Fisheries Institute; and Joanne Sasvari, independent food writer based in Vancouver.