The susceptibility of farmed shrimp like the Pacific white shrimp (Litopenaeus vannamei) to the pathogenic marine bacterium Vibrio alginolyticus may increase when the water quality is not suitable, resulting in high mortality and considerable economic losses to shrimp farmers. To help support shrimp health during the grow-out period, shrimp farmers are using various dietary immunostimulants. Herbal immunostimulants are a promising alternative, not only because their antimicrobial properties are cost-effective and eco-friendly, with negligible side effects, but also because they can improve the animal’s growth performance.

Moringa, or drumstick tree (Moringa oleifera), is a fast-growing, drought-resistant plant native to the Indian subcontinent and widely known for its nutritional value. Moringa is a good source of fibers, proteins, vitamins, minerals and lipids. It also has many beneficial pharmacological properties – such as anticancer, antidiabetic, anti-inflammatory, antioxidant, antifungal and antibacterial properties – associated with the presence of bioactive compounds, including phenolic acid and flavonoids.

Reports from several aquatic animal studies – including giant freshwater prawns, Pacific white shrimp, Nile tilapia, grass and common carps, rainbow trout and others – have indicated that incorporating extracts of moringa leaves in the animals’ diets could improve their growth and physiology and upregulate immune-related gene functions. However, moringa is known to also have certain concentration-dependent toxicological properties, which can be determined through a dose-response relationship. Some studies have investigated the effect of moringa extracts on fish and shrimp; yet inadequate research is available on the effect of moringa extracts in diets as in vitro and in vivo immunostimulants for Pacific white shrimp.

The shrimp used in this study were procured from the Aquatic Animal Center, National Taiwan Ocean University (NTOU), Taiwan. They were acclimated to laboratory conditions at a temperature of 28 degrees-C ± 1 degree-C and a salinity of 32 ± 1 ppt for two weeks. The shrimp were fed a commercial diet three times a day during the acclimation period. Only healthy-looking, intermolt-stage shrimp (no disease signs, normal feeding behavior, hard carapace) were selected for use in the experimental treatments.

Commercially available, dry moringa leaves were obtained from Rumah Kelor (Blora, Indonesia). Dried leaves were milled into a fine powder and mixed with hot distilled water at a ratio of 1:9 and subsequently left for 24 hours at room temperature. The resulting solution was filtered to separate the solids and the liquid dried in a freeze dryer for three days to yield extract powder. The recovery rate of dry leaves was 13.1 percent and the powder extract was stored at minus-20 degrees-C until further use.

The results of the in vitro assessment of viability and immune response showed no significant difference with controls in the viability of hemocytes [cells found in the hemolymph, or blood, of shrimp and involved in the animal’s immune response] when treated with 25–250 ppm of the moringa leaf extract. When hemocytes were treated with 500–2,000 ppm of the moringa extract, their viability decreased; however, the viability was over 80 percent for all treatment concentrations evaluated.

Overall, results showed that the viability of the hemocytes treated with up to 250 ppm of the moringa extract was the same as that of the control group; however, the viability tended to decrease in hemocytes treated with a dosage of more than 250 ppm. Thus, the moringa extract is safe for hemocytes at a low dosage of up to 250 ppm, but assessing toxicity will remain important. In vitro studies like ours are a cost-effective alternative to select new immunostimulants candidates for aquaculture, as they may yield more repetitive results under a highly controlled experimental environment.

Regarding shrimp growth performance, during the 60-day rearing period the growth of shrimp fed diets containing the moringa extract was higher than for the control shrimp. The ME2.5 group showed a large weight gain, specific growth rate and a lower feed conversion rate, FCR than the control diet. However, it was not significantly different from the ME1.25 and ME5.0 groups. No significant difference in the survival rate was noted among the treatment groups.

The existence of antinutrients in moringa can severely interfere with the absorption of nutrients in the diet. A high concentration of moringa extract in the diet could inhibit digestive enzymes and complex dietary proteins because of the presence of tannins, saponins and other secondary metabolites, which do not provide nutrition when present above certain concentrations. However, when present in appropriate amounts, the incorporation of herb extracts in the diets of aquatic animals have reportedly stimulated the secretion of digestive enzymes and functioned as an appetizer, thus improving growth and diet utilization.

Our results showed that the dietary moringa supplementation at 2.5 grams per kg resulted in the most favorable improvement of various non-specific immune responses and growth performance of L. vannamei shrimp. In addition, the administration of a diet containing moringa leaf extract at this dose for four and seven days was effective against V. alginolyticus infection. 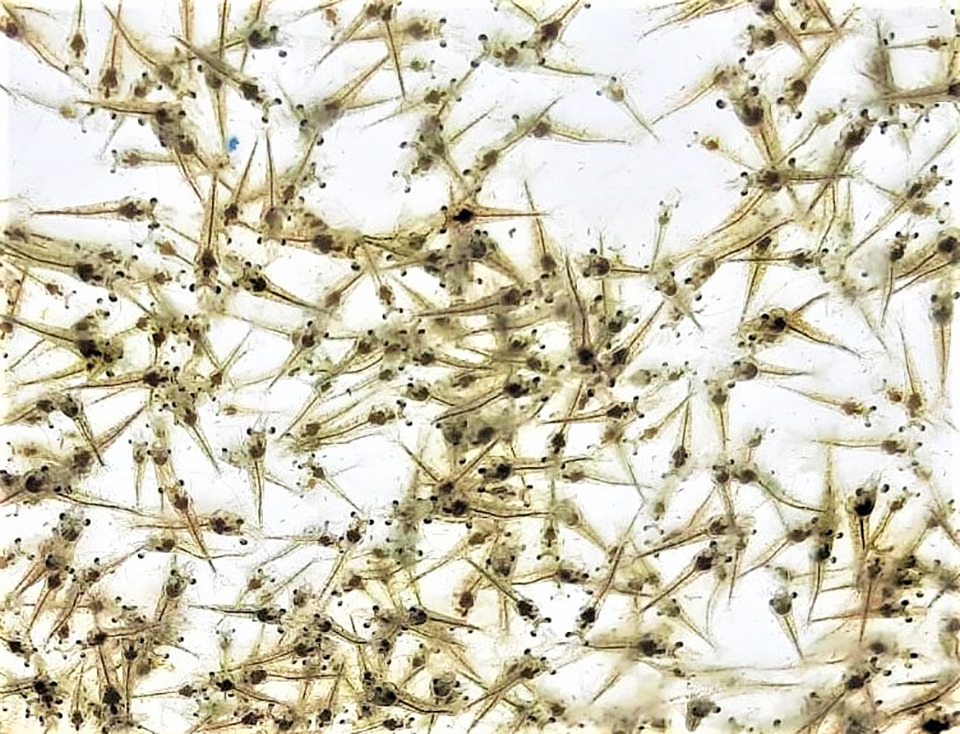 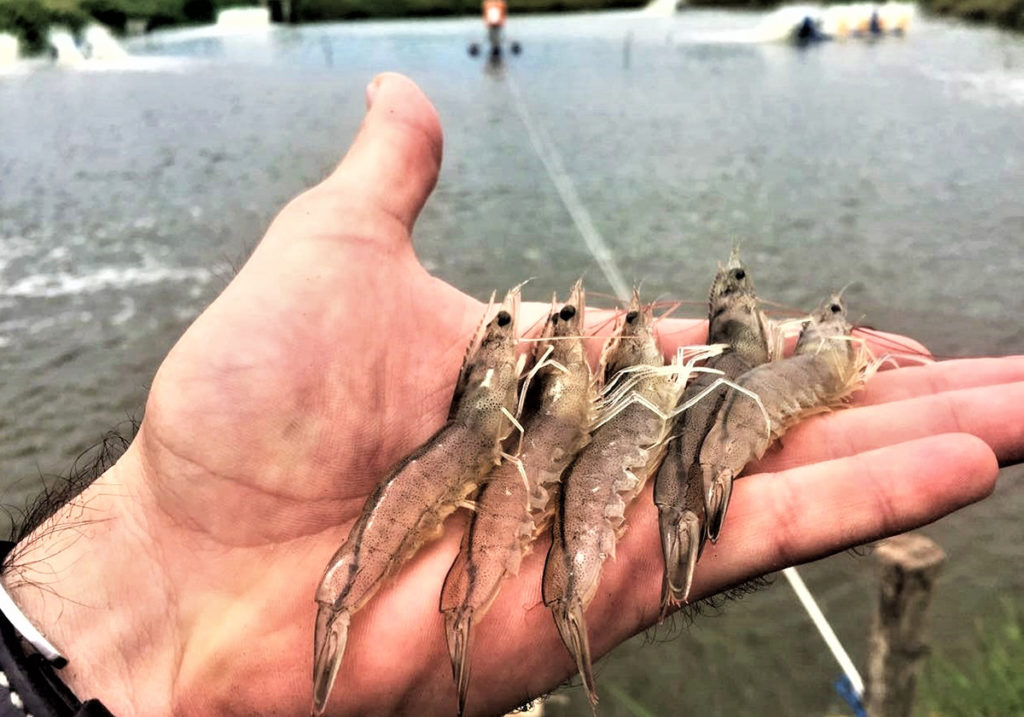 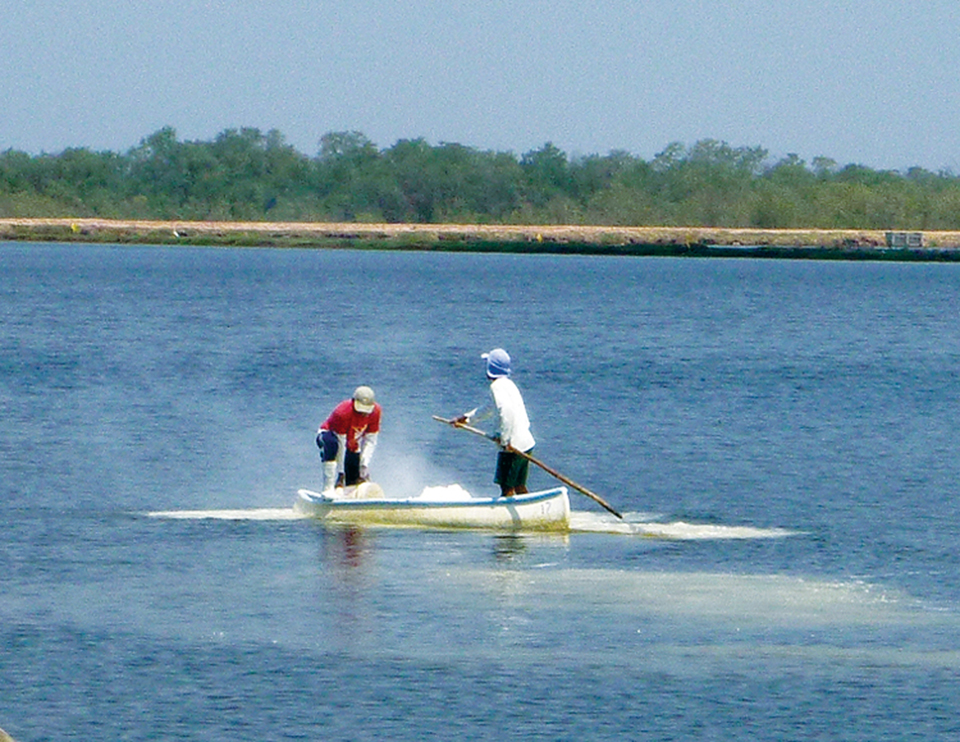 Based on the results of a study in Peru, the authors found that the high volumes of quick lime and hydrated lime needed to effectively control vibriosis outbreaks in shrimp ponds would raise pH levels in culture water and stress the animals under culture.