Seafood sector in Atlantic Canada is cleaning up after Hurricane Fiona, but the road to recovery will be long and costly

Since Hurricane Fiona hit Atlantic Canada weeks ago, the clean-up job is in full swing. One of the strongest storms to ever hit the region, the category 3 hurricane knocked out power lines, destroyed homes, washed out roads, eroded coastlines and caused severe coastal flooding.

But the seafood community is also struggling to cope in the storm’s aftermath, with Fiona damaging infrastructure (harbors, wharves, processing facilities) and fishing boats and gear. It’s also detrimentally impacted marine habitats, with some fishermen reporting a significant drop in their catch since the hurricane.

The road to recovery could be long – and expensive. An early but conservative estimate by the PEI Aquaculture Alliance ballparks the total losses sustained by mussel, oyster and finfish producers at least $70 million in Prince Edward Island (PEI) alone.

“Some of the losses we’ve seen – gear damage and mortality – we might not even be 100 percent aware of until next spring once the ice goes out and all the gear is raised again,” Peter Warris, director of projects and industry liaison for PEI Aquaculture Alliance, told Saltwire.

Because of the storm surge, much of the loss is uninsured. Considering this reality, on Oct. 17, the Canadian federal government pledged $100 million in funding to support “the immediate and urgent work currently being carried out on the recovery of lost fishing gear and repairs of small craft harbours damaged by Hurricane Fiona.”

“Canada’s fisheries play a critical role in the livelihoods of people from Atlantic Canada and Eastern Quebec,” said the Honorable Joyce Murray, Minister of Fisheries, Oceans and the Canadian Coast Guard. “This is a start towards rebuilding our harbors to withstand the impact of extreme weather, made worse by climate change, and recover lost fishing gear that poses continuing harm to the ocean ecosystem. We are focused on making sure funding from the Hurricane Fiona Recovery Fund flows fast so we can support communities in rebuilding this infrastructure to be climate resilient, clean up the ocean and help get harvesters and their communities back on their feet.”

Hurricane Fiona was a ‘historic, extreme event’ for Atlantic Canada – and hit the seafood sector hard

According to the Canadian government, of the more than 180 small craft harbors managed by DFO in Atlantic Canada and Eastern Quebec that were in the path of the storm, approximately 133 harbors were confirmed to have been impacted. While 78 have minimal disruptions and are fully operational and 35 have facilities that are more than 50 percent usable, 14 have facilities that are less than 50 percent usable. Moreover, six are currently non-operational, including one where pre-planned repairs had been undertaken before Fiona. Another will be fully operational once dredging is carried out at the site.

The funding, which will be administered by Fisheries and Oceans Canada (DFO), will help and kickstart necessary repairs and rebuilding of “critical infrastructure.”

“This will help ensure small craft harbors impacted by the storm remain operational for users and more resilient against future extreme weather, in addition to ensuring safe navigation so harvesters can get back on the water,” wrote the DFO in a press release.

“Hurricane Fiona has produced substantial fishing gear-related debris, not only from fisheries and aquaculture operations that were active during the storm but also as a result of heavy damage to harbour storage facilities, with gear and structures being swept into the ocean,” wrote the DFO in a press release. “Due to the extensive damage to infrastructure, details regarding the extent of fishing and aquaculture gear loss rates are not yet available. To date, 538 units of gear, over 100 feet of net and over 35,299 feet of rope have been reported lost through the Fishing Gear Reporting System (FGRS).”

However, some locals say that the funding isn’t enough to cover the damage. For instance, it could cost “millions” just to fix the wharf at Covehead Harbour in PEI.

“It’s unbelievable, the damage,” Allan Coady, who fishes out of Covehead Harbour, told CBC News. “It’s almost a condemned wharf the way it is right now.”

Jerry Gavin, executive director of the P.E.I. Seafood Processors Association, said the mussel and oyster markets “were strong” but a lot of seed and market-ready product were lost and there was extensive damage to plants and infrastructure. Likewise, PEI fisherman, Kenneth LeClair, told CBC News that the cost to replace materials has also increased with inflation.

Fishermen in Atlantic Canada are also in a race against time, trying to quickly rebuild to be ready for the spring fishing season. For many locals, the plan is to work through the winter to repair damaged equipment, but with labor challenges, ongoing clean-up and anticipated gaps in the funding rollout, some work may have to wait until early 2022.

“Right now, there’s just a lot of people trying to pick up the pieces and figure out how to salvage the fallout of this,” Robbie Moore, a PEI-based aquaculture harvester told CBC News.

However, the urgency to rebuild may conflict with another pressing priority: The need to build climate-resilient infrastructure that can withstand future severe weather events. As the Globe and Mail reported, this could result in “a costlier, and potentially slower, approach.”

“We have structures that badly need fixes, as quickly as possible,” Leonard LeBlanc, president of the Gulf Nova Scotia Fishermen’s Coalition, told the Globe and Mail. “But it’s not just fixing them. It’s building them for the future environment that they face.”

According to Warris, the seafood industry also needs access to business risk management programs that are currently in place in the agricultural sector.

“The industry needs a longer-term answer to this type of disaster,” Warris told SaltWire. “There are existing business risk management programs such as the Canadian Agricultural Partnership that allow things like crop insurance and income stabilization for… terrestrial farming industries. Our members need the support of those same programs.” 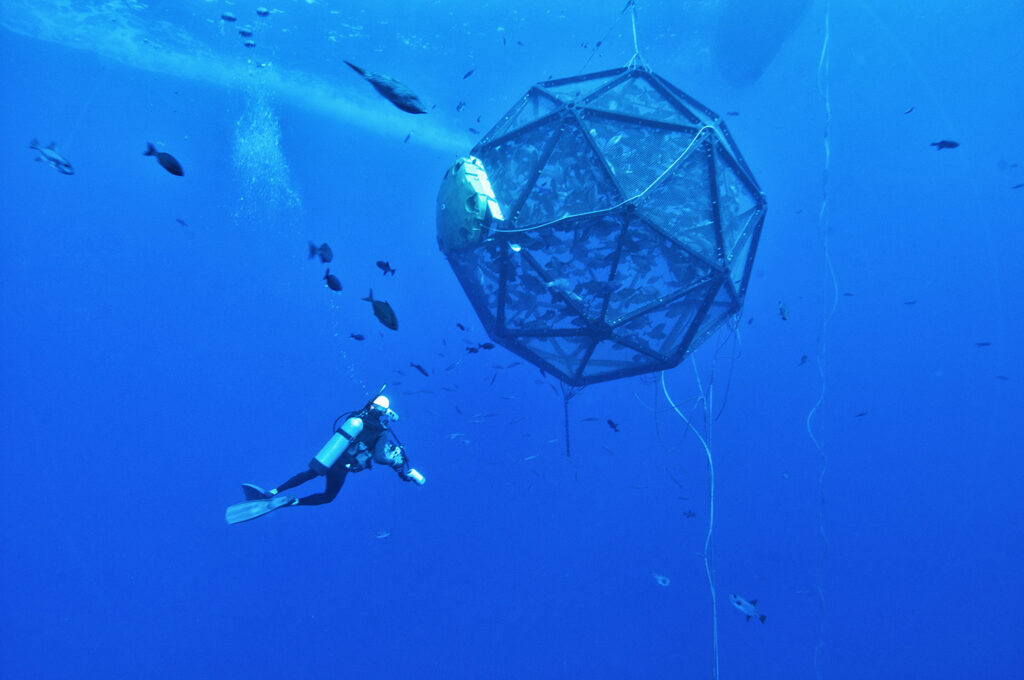 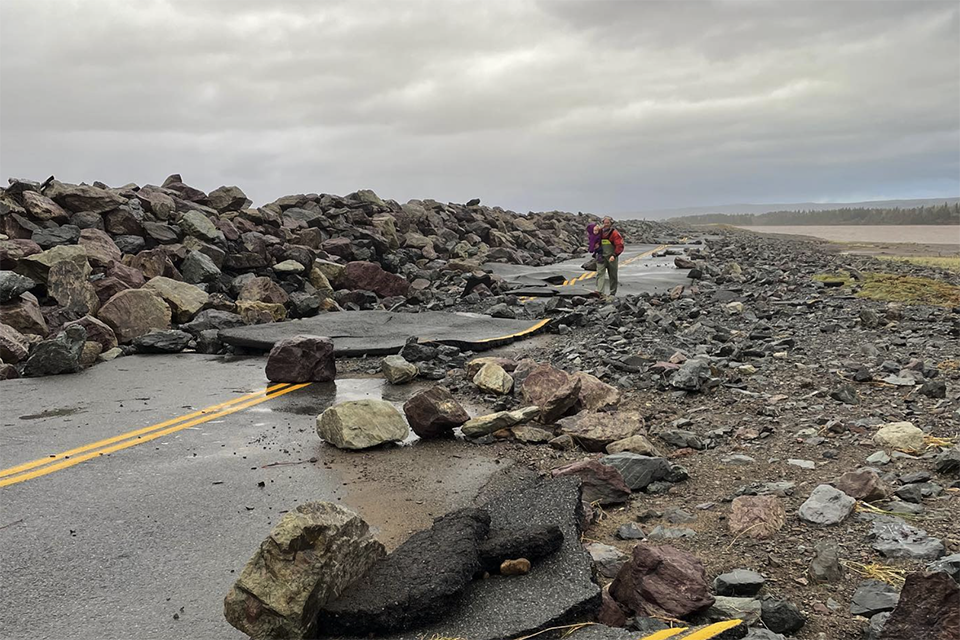 Hurricane Fiona was a ‘historic, extreme event’ for Atlantic Canada – and hit the seafood sector hard

As the clean-up from Hurricane Fiona begins, Atlantic Canada communities survey the damage caused to fisheries and aquaculture operations. 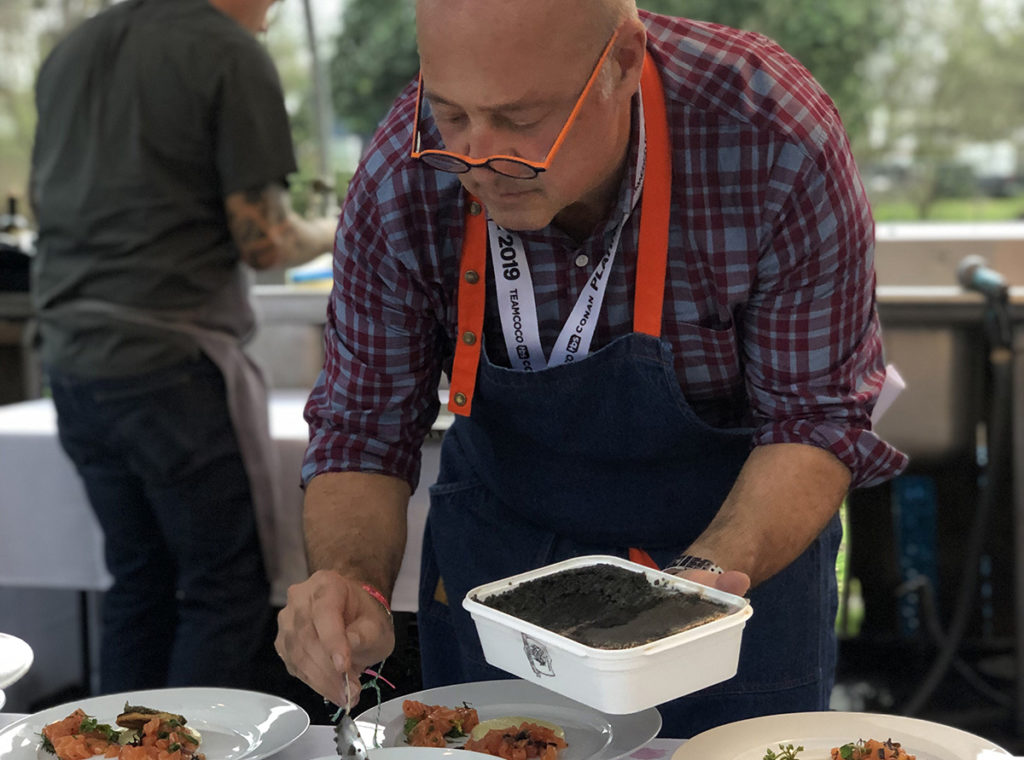 When the world-traveling chef, author and TV star Andrew Zimmern invites you to Austin, Texas, to join his “future of food” panel about aquaculture – at an event the locals simply call “South-by” – there is only one acceptable answer. 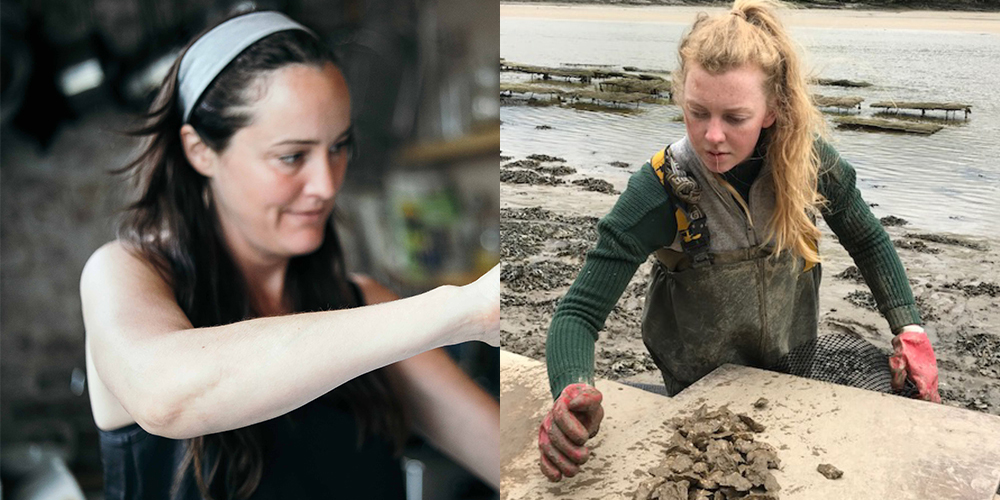