The major tastes and preferences of consumers in food markets and expected future changes were recently analyzed in a literature review published by SNF Bergen. This review identified five major drivers for consumer food choices: food safety concerns and health benefits, corporate social responsibility, production systems and technology, sustainability and geographic origin. Actions implemented by governments, non-governmental organizations and the private sector were also considered. The effectiveness and consequences of these drivers on seafood consumption are presented here.

Increasing concerns about a global rise in the proportion of overweight consumers and obesity-related diseases will make healthy eating one of the dominant trends in food consumption in the coming decades. Governments will play an important role in promoting healthy eating habits to the public through campaigns of many kinds. As a consequence, demand for foods associated with potential health benefits will increase, and the consumption of “fast and fat” food will decline. Seafood can be perceived by consumers either as a source of benefits or risks, depending on social and personal factors.

The identification of fish and shellfish species as part of a healthy diet, mainly related to their omega-3 fatty acid content, makes this consumer concern an opportunity for market development. However, the adoption and consumption of healthy foods will not be equal among countries and individuals due to varied availability and ability to process technical nutritional information, understand the health benefits of seafood and consumer involvement in personal health care. Consumers’ concerns about health are closely related to food safety concerns.

Consumers will demand more information about seafood products and the possibility to trace their movements through the value chain.

Attention toward corporate social responsibility is a rising trend among consumers and retailers. Consumers will demand more transparency from producers about food products and pay more attention to production sustainability, ethical sourcing and “food miles,” among other factors. An abundance of publicly available information related to the seafood industry, impacts on natural stocks, production mistakes, failures and unreached social responsibility goals will motivate producers to fully disclose information about the species they use to consumers.

The reliability and honesty of producers will increasingly influence consumers’ choices toward food and to the origin and harvest procedures of wild fisheries and aquaculture. However, in practice, most consumers will continue to buy based largely on what is in their wallets. The same goes for importers and retailers to an extent.

Best practice certifications, whether public or private, may increase their presence in the markets as consumer demand for transparency grows in influence on final seafood purchase decisions. Once again, factors like cultural issues or confusion across consumers may affect the effectiveness of tools like ecolabels as drivers to increase responsibility in the seafood industry.

The future development of the food industry and processing procedures will be affected by consumers. In some cases, such as organic aquaculture, production systems will revert toward more traditional ones. In other cases, developments in nanotechnology and genetic modification will stimulate the production of new and more sophisticated species. The acceptance of genetically modified products and nanotechnology will continue to be low due to consumers’ negative perceptions toward modified foods.

The confrontation between traditional and innovative food production is of special interest in seafood. This fact materialized in the market interactions between wild and farmed species, and the limitations of the latter for achieving optimal prices in regions and cultures with strong preferences toward traditional catch production.

Ecolabels are the best known example of the translation of consumers’ sustainability concerns into the seafood markets. As in the case of health benefits, results in terms of market return may depend on several social, economic and individual factors. Having the right to use an ecolabel will not necessarily mean increased income for a fisherman or farmer, but certainly can avoid rejection due to environmental critics of the fishery and aquaculture industries.

The concept of buying local products is heavily promoted among consumers, particularly in Europe. Attitudes, traditions and special production methods distinguishing the food in national and international markets are the elements that will influence choices for local foods over imported products.

Region of origin has proven to be a powerful influence in consumer seafood choices, both positive or negative. For some species, the region of origin is a quality assurance itself – as with wild salmon from Alaska or farmed fish from Norway. In other cases, consumer ethnocentrism may limit consumer purchases of imported seafood, although for value-added products and fillets this is much less the case.

The extent to which these new trends will in fact affect seafood demand in the future will partly depend on the level of retail promotion, as well as the size and economic status of the segments of concerned consumers. Unless these consumer segments reach a minimum profitable audience for producers and retailers, the main drivers in global seafood consumption will remain price, health and food safety, and technical quality – the dominating present trend.

Given that the majority of issues concern mainly consumers in developed countries, expected future changes in international food flows will have some influence in this respect. One interesting question is whether these consumers’ concerns, which seem to impact the demand for seafood in the South-North trade, will have any impact in South-South flows and the production of food to address local demand.

The rise in consumer concerns strongly depends on the promotional efforts undertaken by stakeholders, mainly governments and non-governmental organizations, but also media, groups of influence and others. These stakeholders do not always act in the same way or share the same interests and goals, often resulting in increased confusion rather than increased concerns.

Price sensitivity is a major constraint in the market development of these food trends. Even concerned consumers are limited by their budgets when they make seafood choices, and this will affect the acceptability of premium prices. The fall in household purchasing power in many Western countries due to the policies adopted to overcome the financial crisis will also have an impact on the demand for premium foods and may become an obstacle for market development. Finally, even in countries with similar levels of income, cultural issues may result in differences in terms of concerns and consumption. However, in practice, most consumers will continue to buy based largely on what is in their wallets. The same goes for importers and retailers to an extent.

Editor’s Note: This article was based on a longer article by the authors titled “Consumer Trends and Preferences in the Demand for Food,” which is available online at www.snf.no/Publications/SNF-publications.aspx. 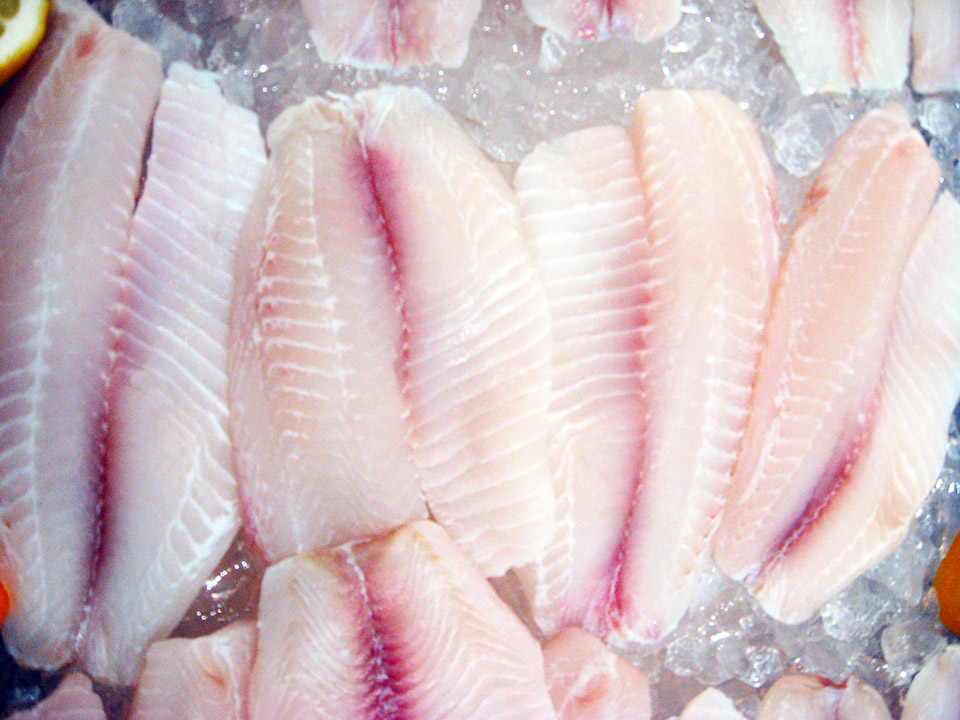 Within the European market of frozen fish, tilapia play a minor role, with average yearly import quantities below 20,000 mt. China provides more than 80 percent of the total, while Indonesia is the second-largest exporter.