Triennial event in Las Vegas attracts nearly 2,700 participants from around the world

Eighty-five different topics were addressed at the recent Aquaculture 2016 conference and trade show, a triennial event organized by the World Aquaculture Society. The subject matter ranged from diseases and animal welfare to engineering, production systems and equipment.

Keynote speaker Dr. James Anderson, director of the Institute for Sustainable Food Systems and professor of food and resource economics at the University of Florida, spoke on “The Future of Aquaculture and its Role in the Global Food System.”

With the need to increase global aquaculture production by 62 percent in the next 15 years — drawing on findings from the recent “Fish to 2030” report by the World Bank — Anderson stated that areas where production growth is the greatest must put a greater focus on quality and consistency.

Anderson also emphasized the need to reframe aquaculture’s message to consumers and investors, keying in on the positives regarding aquaculture’s environmental footprint in comparison to other animal proteins. Aquaculture more efficiently uses resources, wastes less and has a greater cost/value proposition, he added. The industry should also promote health benefits, he argued, but should better manage diseases, which he deemed the biggest risk to industry growth.

Anderson concluded that aquaculture will continue to grow because fisheries cannot meet market demands of a growing global population. By the aforementioned year 2030, China will be consuming nearly 40 percent of all seafood, Anderson said, with two-thirds of the global seafood supply originating from farms. Production of tilapia and shrimp will nearly double, but the largest tonnage gains will be in mollusks. Look to India, Latin America and Southeast Asia for growth.

While Anderson said that algae utilization should be a greater area of focus for aquafeed producers, Dr. John Benemann of MicroBio Engineering in San Luis Obispo, Calif., said algae is high in protein, oils, vitamins, carotenoids and antioxidants, and can boost fish’s immune systems.

By the aforementioned year 2030, China will be consuming nearly 40 percent of all seafood, Anderson said, with two-thirds of the global seafood supply originating from farms.

Currently, global commercial microalgae production is relatively small, with slightly less than 20,000 tons of biomass produced annually by autotrophic cultures (sunlight and carbon dioxide) and approximately an equal amount by fermentation. Current production is mostly focused on human nutritional markets, although spirulina is used in some specialty aquafeeds. Live microalgae feeds for aquaculture are produced for shrimp, bivalve and fish hatcheries and nurseries.

Dr. Benemann concluded that the aquaculture industry will benefit from these products through better nutrition and reduced costs, while using environmentally sustainable resources and production technologies.

Changes in immune balance and gut health can provide early indications of effects too subtle to be discerned through traditional growth studies. When coupled with continuing progress in breeding, these advancements will enable production of more seafood, more profitably using less limited resources.

The emergence and expansion of tuna fattening and farming activities during the last four decades has led to a shift from traditional fisheries towards aquaculture, said Dr. Daniel Benetti of the University of Miami. This change is entirely reshaping the tuna fishery industry and the management of their stocks worldwide, Benetti added.

Tuna fattening and farming operations still rely primarily on wild caught juveniles that are fattened using small pelagic fish, merging these activities and blurring the line between fisheries and aquaculture. Progress in fattening operations has been limited to improved management and decreased mortalities during the capture, towing, transferring, and feeding stages of the tuna in cages. However, tuna aquaculture is now rapidly changing due to remarkable progress in closed cycle tuna aquaculture production through advancements in broodstock maturation, spawning, larval rearing, and juvenile production technologies.

Benetti said that closing the life cycle and the development of ecologically and economically efficient feeds that meet the specific nutritional requirements of tunas are needed to ensure future production and the conservation of tuna species.

Other important notes from the conference include: 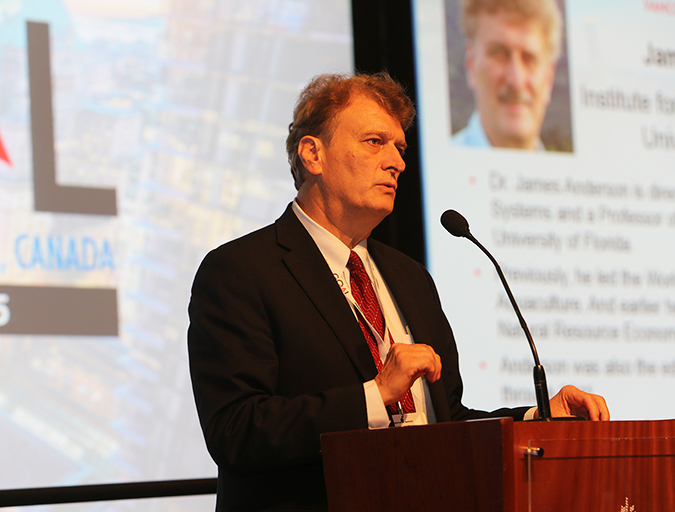 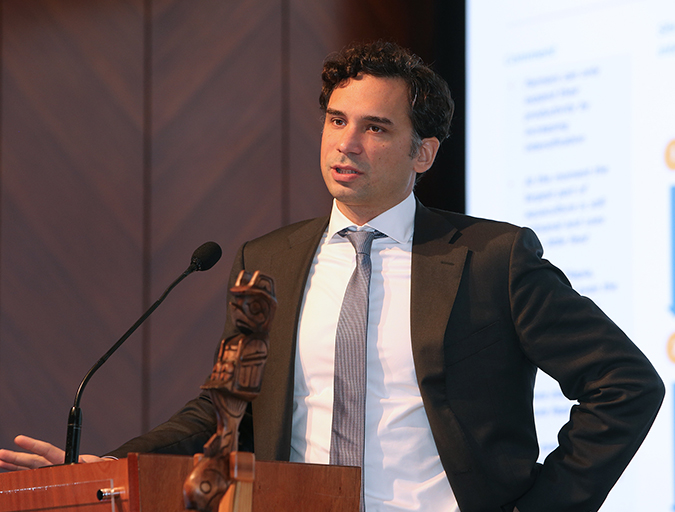 Gorjan Nikolik, senior industry analyst for Rabobank, presented on fishmeal’s transformation from commodity to a “high-priced strategic protein” at the Global Aquaculture Alliance’s annual GOAL conference in Vancouver. See the full video of his presentation.