The Japanese eel (Anguilla japonica) is an important species for inland aquaculture in Japan because of its high economic value. The seedstock used originates from wild glass eels captured from estuaries. However, as the glass eel arrival has been drastically dropping for several decades, sourcing seedstock for culture has become a serious problem not only in Japan but also in other East Asian countries like Korea, China and others.

To reduce natural resource utilization in Japan, artificial breeding techniques of eels have been studied and rearing methods of eel larvae have been developed. Cultured female and male eels do not mature sexually in captive conditions. Therefore, weekly injection of salmon pituitary extract (SPE) are administrated to captured wild female eels, acclimated to seawater, to induce oocyte maturation. The matured female and male eels are then transferred to a tank for mating and spawning.

Cultured female eels have problems with ovulation rather than oocyte maturation, but the reason is unclear. In our opinion, the physiological status of the eels just before hormone injection was the reason for this difference, since artificial induction of oocyte maturation method was common between cultured and wild female eels.

This article – adapted and summarized from the original publication – reports the results of a study that examined the differences between cultured and wild female eels, and possible causes of the ovulation problems frequently seen in cultured female eels, by using combined transcriptomic (techniques used to study an organism’s sum of all of its RNA transcripts) and metabolomic (study of chemical processes involving metabolites, the small molecule intermediates and products of metabolism) analyses – also called trans-omics analysis.

Wild female eels (500 to 1,000 grams) and males (180 to 250 grams) were obtained from Lake Jinzai, Japan and acclimated to seawater and then adjusted to 20 degrees-C. At the end of temperature adjustment, eels were then kept in the tank for 14 days without feeding and without light until the sampling date. For the feminization experiment, 1,000 juvenile grass eels were purchased from a fishery cooperative. After acclimation to commercial fish feed, the eels were fed a feminization diet for several days and then fed a regular diet. Selected animals were euthanized and samples of brain, liver, ovaries and blood were collected for various analyses.

In this study, the trans-omics analyses showed clear differences between cultured and wild female eels in their nutritional status just before the beginning of the artificial induction of maturation. The results also demonstrated these differences influenced the eels’ hormonal status. These findings suggest that the main cause of the ovulation problem frequently observed in cultured female eels is their nutritional status.

The transcriptomic analysis revealed that the transcription level of growth hormone (GH) in the cultured female eel brain was markedly lower than that in wild female eels. In ray-finned (teleosts) fishes, the growth hormone (GH) affects several aspects of behavior, including appetite, foraging, aggression, and predator avoidance; it has also been reported to affect reproduction, including gonad development and others.

Some of our data suggest that cultured female eels can experience hyperinsulinemia, in addition to significantly high serum triglyceride levels. Commercial diets with high levels of carbohydrates have been used exclusively in the studies of cultured female eels since the establishment of feminization (by feeding a special commercial diet). However, our results also indicated that a high-carbohydrate diet is not suitable for eel broodstock culture.

It has been reported that eggs from cultured Japanese eels have lower ARA levels than those from wild eels. In addition, several studies have reported that the DHA/EPA/ARA ratio in fish ovaries or eggs strongly influenced the quality of the eggs and larvae. ARA is the precursor to biologically active eicosanoids, such as prostaglandins, which are involved in many aspects of reproduction in teleosts, including reproductive behavior and ovulation. Further studies are therefore required to investigate the optimal dietary DHA/EPA/ARA ratio for reproductive performance.

In conclusion, trans-omics analysis indicated that the ovulation problem often observed in cultured female eels may be the result of a high-carbohydrate diet and/or a suboptimal DHA/EPA/ARA ratio in their diet. Interactions between nutrition and reproductive performance have been reported in domesticated animals, and poor reproductive performance has been reported in cultured broodstock compared to wild fish for several fish species.

Commercial diets for fish are generally designed to promote weight gain, and an optimized diet for broodstock culture is not available for many cultured species. Future studies should therefore investigate more extensively the effect of diet on the reproductive performance of fish.

Our results suggest several future experimental directions for the improvement of seed production efficiency, including establishing the effects of a high-carbohydrate diet on GH secretion; the effects of impaired GH secretion on the responsiveness to gonadotropins, the optimal dietary DHA/EPA/ARA ratios; and others.

Cultured female eels (compared to wild females) have relatively different hormonal and nutritional status just before the beginning of the induction of artificial maturation. These differences, as reported in this study, can serve as keys to improving ovulation problems in cultured female eels. The comprehensive data generated in this study also demonstrated the usefulness of the omics approaches for understanding the functionality of diet components in aquaculture. 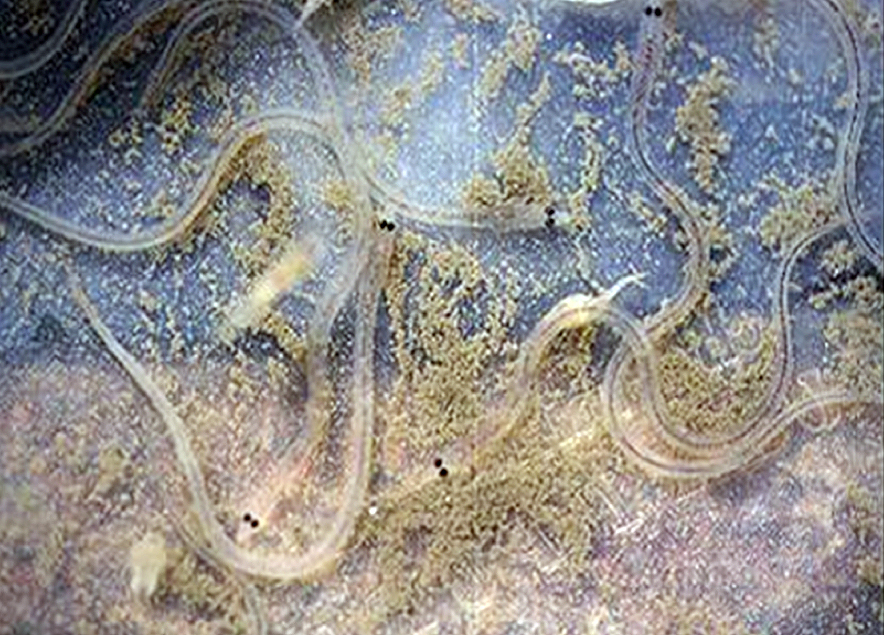