Freshwater aquaculture in Korea is dominated by Japanese eels (Anguilla japonica) followed by carp, Amur catfish, rainbow trout, pond loach and tilapia. More than 27 percent of Korea’s freshwater aquaculture is supplied by eel production due to historical high demand in domestic as well as overseas markets, especially in Japan.

Due to the limited availability of wild seed and a lack of standardized seed production technology, eel aquaculture is a challenging industry. Despite the lack of a complete package for eel farming, aquaculture production grew from a negligible volume of 100 metric tons (MT) in 1971 to 7,257 MT in 2011 (Fig. 1). With success in developing glass eels, a growth phase between larvae and juveniles, eel production is expected to further expand.

In the beginning, eel culture in Korea was limited to the collection of seed from rivers that was grown to produce fingerlings for export to Japan and Taiwan for further rearing. Now, Korea raises Japanese eels not only for fingerlings but also for grow-out to marketable sizes.

Every year, 10 to 20 MT of 0.2-g wild glass eels are captured and grown to a 200-gram market size within a year. However, in 2012, only 2 MT of glass eels were captured domestically, and 7 to 8 MT were imported from different countries. The current market price for glass eels is around $7 per individual ($35,000/kg), while market-size eels fetch premium farm gate prices of around $50-70/kg.

Favorable government support and research that includes the growing experiences of farmers have enabled Korea to build a strong foundation for eel aquaculture. Rising production reflects improvements in capturing and transporting glass eels, as well as stocking and feeding for maximum yield.

Government policy to protect freshwater resources in 1997 directed the majority of inland farms to terminate culture, so eel aquaculture subsequently moved to indoor systems. A total of 236 flow-through and recirculating eel farms covering an area of 132 ha has been reported.

Indoor systems for eel farming adopt ongoing improvements in methods and equipment for greater efficiency. Flow-through systems with concrete bottoms are being replaced by circular polypropylene tanks. Tanks ranging from 30 to 300 square meters in size are employed based upon the life stages of the Japanese eels.

Although Japan has developed complete aquaculture technology for eels, its recent annual production of 150 to 200 individuals is not enough to meet external demand. In Korea, Pukyong National University initiated research on Japanese eels in 2002 and achieved success in fertilizing eggs. In 2006, a majority of the eel research moved to the country’s largest fisheries research entity, the National Fisheries Research and Development Institute (NFRDI). Subsequently, Korea’s government fishery policies targeted hatchery development for Japanese eels.

After a decade of research efforts, Korea has finally produced two individual glass eels for aquaculture. Korea should soon have a complete aquafarming package for eels and begin to play a greater role in global eel production.

A number of research groups have acknowledged various constraints need to be resolved to develop a complete package for eel aquaculture. The authors believe that poor understanding of eel nutritional requirements, diets and feeding practices is the major barrier in the further expansion of eel aquaculture.

The highest mortalities at eel farms have been reported during weaning periods and during adaptation to dry feed. Therefore, the Feeds and Foods Nutrition Research Center at Pukyong National University in Korea has been conducting experiments with different age groups of Japanese eels to evaluate nutrient requirements and various dietary ingredients, as well as the body composition of wild and cultured eels.

The balance of protein to energy (P:E ratio) in feeds is important, as it ultimately affects the success of every aquaculture venture. Optimum dietary P:E ratios have been determined for diets fed to several aquaculture species. However, although the optimum dietary protein requirement for Japanese eel has been defined, the optimum P:E ratio has not.

In two consecutive six- and 16-week experiments, the authors reevaluated the optimum dietary protein requirements for Japanese eels and examined the optimum P:E ratios for eels reared in a recirculating system.

Based on weight gain, specific growth rate and protein efficiency ratio at the end of the experiments, the optimum protein requirement for juvenile eels was determined to be 44.3 percent, and the P:E ratio was 24.1 mg protein/kJ.

The importance of vitamin C (ascorbic acid) in fish nutrition to maintain essential physiological processes has been widely acknowledged, as fish are unable to synthesize the vitamin due to the lack of L-gulonolactone oxidase enzyme, which is necessary to convert L-gulonic acid to ascorbic acid. Consequently, vitamin C requirements have been evaluated for the majority of commercially important fish species, including Japanese eels.

Although the dietary vitamin C requirement has been estimated for Japanese eels using L-ascorbic acid Ca as the source of vitamin C, this requirement could vary when other sources of vitamin C are used.

In another experiment, the authors evaluated the effects of dietary arachidonic acid (20:4n-6) levels on growth performance and body composition in juvenile Japanese eels. Among omega-6 highly unsaturated fatty acids, the critical role of arachidonic acid as the main fatty acid precursor of eicosanoids in fish is well understood.

Broken-line model analysis on the basis of weight gain and specific growth rates indicated that the dietary arachidonic acid requirement could be greater than 0.69 percent but less than 0.71 percent of the diet for juvenile eels. The growth-promoting activity of the acid was observed in the experiment and provided strong support for the contention that it is essential for juvenile eels.

At the majority of Japanese eel farms, feeding with dough feed largely based on fishmeal is a common practice. To develop economically viable and environmentally oriented Japanese eel aquaculture, alternate sources of high-quality protein must be identified.

In two consecutive six-week feeding trials, the efficiency of hemoglobin powder derived from hygienically collected and veterinary-approved pork and bovine blood to replace fishmeal with and without supplementation of the essential amino acids methionine, arginine and isoleucine was evaluated in juvenile Japanese eel diets. Test results demonstrated that fishmeal could be replaced by blood meal at up to 50 percent without amino acid supplementation and up to 75 percent with supplementation.

Consistent increases in per unit area of production as well as overall yields at eel farms have been the result of intensification. Subsequent low survival has been correlated with adverse water quality caused by overcrowding.

Propolis, a resinous mixture that honey bees collect from tree buds and other botanical source, has been used as a feed additive for aquatic species. It reportedly contains a variety of chemical compounds, such as polyphenols, sesquiterpene, quinones, coumarins, steroids, amino acids and inorganic compounds.

Propolis has been reported to increase cell-mediated immunity and enhance non-specific immune response and disease resistance in different species of fish as well as terrestrial animals.

The authors investigated the effects of different dietary supplementation levels of propolis as an immunostimulant and growth promoter in juvenile eels. Results for the environmentally friendly natural feed additive indicated optimum dietary supplementation levels of 0.25 to 0.50 percent for optimum growth and feed efficiency, and 0.50 to 1.00 percent for enhanced immune responses and disease resistance in Japanese eels.

Freshwater eels have become a cherished food item due to their high nutritional profile. The authors studied the differences in the body composition and size of farmed eels as well as eels captured in different locations. 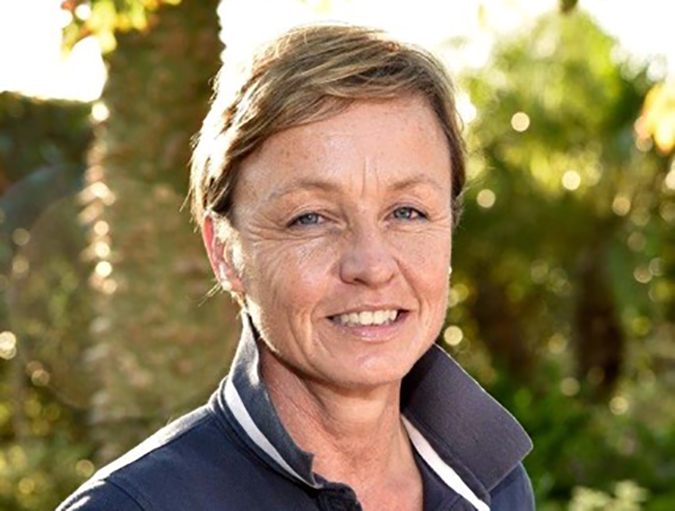 In the conclusion of a two-part interview, independent advisor Melanie Siggs talks to the Advocate about consumer perceptions of aquaculture, and many roles that NGOs fill and her hopes for the Global Sustainable Seafood Initiative and its work with certification schemes.