Seaweeds belong to one of the less known and appreciated groups of marine organisms on this planet, while playing key roles in Earth processes and being the largest mariculture crop. They are used in many diverse applications, making them part of our everyday lives.

Did you know that every second molecule of oxygen we inhale was produced by micro- or macroscopic algae, and every second molecule of carbon dioxide we exhale will be reused by these algae? Algae initiated an irreversible global change that led to the current oxygen-rich atmosphere, and by transferring atmospheric carbon dioxide into organic biomass and sedimentary deposits, they now act as a carbon sink that slows down global warming.

Seaweeds are key primary producers and links in the food webs of coastal and estuarine ecosystems, where they participate naturally in nutrient recycling and waste management. Coral reefs would not have been formed without the help of seaweeds. Many of the white “sandy” beaches in tropical regions are, in fact, made of fine debris of dead, calcified green seaweeds.

Unfortunately, seaweeds are often seen as rather unpleasant organisms. They are very slimy and slippery, and can make swimming or walking along the shore an unpleasant experience.

Seaweeds have also recently attracted media coverage in reports of outbreaks of “green tides” and fouling species, which are considered nuisances. It is important, however, to emphasize that green tides are not the cause, but the consequence of coastal nutrification, which needs to be addressed by long-term integrated coastal zone management.

A simple definition of seaweeds is not that simple, because this heterogeneous group is only a fraction of an even less natural assemblage, the “algae.” Algae are a diverse group of organisms that share only a few characteristics. They photosynthesize and provide oxygen. They do not make flowers, and their anatomy is relatively simple, with no roots, stems, leaves or vascular tissues, and simple reproductive structures.

With progress in molecular techniques, we realize this “mixed bag” contains species spread over most kingdoms of organisms, encompassing microscopic microalgae like the unicellular phytoplanktonic forms and macroscopic macroalgae like the giant kelps that grow taller than trees. Algae colonize the oceans, freshwater streams, trees (associated with fungi in lichens), stones, snow in high-altitude glaciers, geothermal sources and even deserts.

The largest of all algae, the giant kelp, Macrocystis pyrifera, can grow to up to 50 m long. One of the fastest-growing organisms on Earth, the kelp can grow as much as 61 cm daily. The smaller sugar kelp, Saccharina latissima, can reach 11 m in length, with a growth rate as high as 2 cm/day. It has been estimated that the primary productivity of seaweed communities is equal to or greater than that of the most productive terrestrial plant communities.

Although often called “marine plants,” not all seaweeds are plants. The most used and cultivated, the brown seaweeds, now belong to the Chromista kingdom. If green and red seaweeds can still be considered plants, they do not have much in common. The well-known green seaweed sea lettuce (Ulva) is closer at the molecular level to a spruce tree than to the well-known red seaweed nori (Porphyra), even if their morphology is very similar, and they are found close to one another on the shore.

Needless to say, the classification of algae is still the source of constant changes and controversies among scientists. The fact that the 36,000 known algae represent only about 17 percent of the existing algal species is a measure of our still-limited knowledge of this group of organisms, despite their key roles on this planet.

One of the key reasons for regularly ignoring seaweeds, even in coastal studies, is the very problem of their identification, as very few people, even among scientists, can identify them correctly. The production of seaweeds has probably been underestimated, since it may approach 10 percent of that of all the phytoplankton. However, that is taking place in 0.1 percent of the area occupied by phytoplankton, and this coastal zone area is crucial.

The largest group of organisms cultured at sea is seaweeds. Their production represents 46 percent of the total world mariculture, while fish aquaculture represents only 9 percent. Almost all the 15.8 mmt of cultivated seaweeds – worth U.S. $7.4 billion annually – come from China, Indonesia, the Philippines, Korea and Japan. Unfortunately, seaweeds are systematically short changed in seafood statistics, which tends to limit the Western world’s knowledge of seaweeds (Figure 1).

It is estimated that this year, aquaculture will account for over 50 percent of the world’s consumption of food fish, defined as finfish, crustaceans, mollusks and other aquatic animals for human consumption. About 94 percent of the world seaweed supply presently comes from aquaculture, and seaweeds were the first group of organisms to pass the 50 percent farmed/wild harvest threshold in 1971. This occurred in 1986 for freshwater fish, in 1994 for mollusks, in 1997 for diadromous fishes and in 2010 for crustaceans. Marine fish production is still far from achieving this threshold. 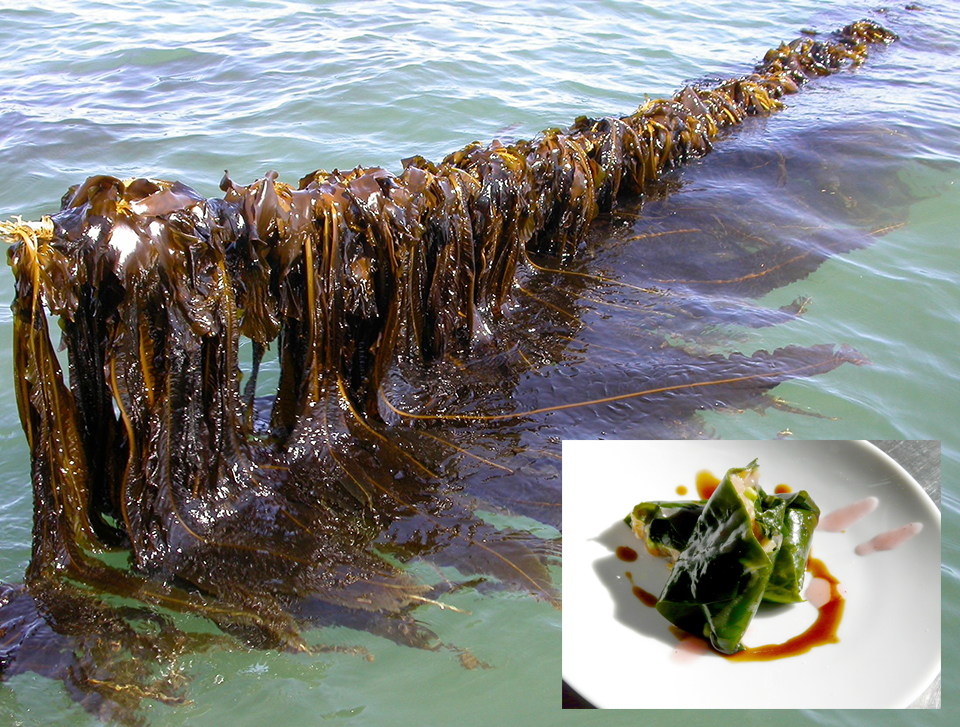