Analyzing the fatty acid (FA) content of aquatic organisms has become an important biochemical tool and is now widely used to evaluate food web interactions and the nutritional status of individuals and populations. Aquatic ecologists frequently employ FA as trophic biomarkers to quantify the flow of energy and nutrients in food webs, and omega-3 long-chain polyunsaturated FA (LC-PUFA) have garnered considerable scientific and public attention because of their benefits to animal and human health.

It is important to evaluate the efficacy of commonly used procedures for handling and storing organisms and/or tissues destined for FA analysis precisely because such procedures have the potential to cause biochemical modifications of FA. Such artifacts could well lead to false or misleading conclusions. Knowledge about the potential effects of different storage procedures on FA modification is therefore needed to ensure the accuracy and reliability of FA analyses. Finally, from a human health perspective, the oxidation and hydrolysis of PUFA that may occur during improper storage procedures is undesirable and potentially limits the shelf-life of fish.

There is a need to investigate how handling and storage protocols affect the FA content of aquatic species like fishes from different taxonomic families, from different environments (i.e., marine and freshwater) and that have, at the outset, different FA and total lipid contents in their tissues.

Proper handling and storage of fish is also of commercial importance. For example, the duration of time spent on ice may affect the lipid and fatty acid quality prior to human consumption, thereby affecting the nutritional quantity of fish. Therefore, it is important, from a nutritional perspective, to quantify potential changes in total lipid and fatty acid contents in fish muscle tissue after they are caught, handled and stored prior consumption.

This article – adapted and summarized from the original publication (https://doi.org/10.1371/journal.pone.0160497 ) determined the effect of commonly used handling methods (flash frozen, held on ice, presence of nitrogen gas) on FA content; determined the effect of storage temperature (minus-80 vs. minus-20 degrees-C) and time (up to six months) on FA content; and investigated these methods on a variety of commercially important and taxonomically-diverse fish species, originating from different environments (from both freshwater and marine environments) and with different total lipid levels and FA contents in muscle tissue.

We collected and analyzed tissue samples subjected to various handling and freezing conditions from a variety of taxonomically diverse fish species, from both freshwater and marine ecosystems, and with different total lipid levels and FA contents stored in the muscle tissue.

The fish species tested included common carp (Cyprinus carpio), a freshwater omnivorous fish native to Asia that has been introduced to many parts of the world and is the most consumed fish worldwide; freshwater drum (Aplodinotus grunniens), a predator endemic to North and Central America that feeds mostly on invertebrates and mussels; channel catfish (Ictalurus punctatus), an omnivore native to flowing waters in temperate environments in North America; Antarctic eelpout (Pachycara brachycephalum), an Antarctic Ocean predator; rainbow trout (Oncorhynchus mykiss) and Arctic charr (Salvelinus alpinus), freshwater predatory salmonids native to tributaries of the Pacific Ocean in Asia and North America and to Arctic and some alpine lakes and tributaries to the Arctic Ocean, respectively. Carp, trout and charr are also increasingly important for freshwater aquaculture.

For detailed information on fish sampling; total lipid and fatty acid analysis; and statistical analyses, refer to the original publication.

We conclude that the best possible scenario of the methods we tested to prevent changes in total lipids and FA content [μg fatty acid methyl esters (FAME) per mg tissue dry weight] is immediate freezing at minus-80 degrees-C. This conclusion agrees with other researchers who also suggested that tissue samples be frozen at minus-80 degrees-C upon collection or as soon as possible after sampling or death.

The effect of storage condition was greatest in charr, which had the highest total lipid content (19 percent under control conditions) and trout (11 percent under control conditions), while species with lower total lipid (<10 percent total lipid) were less affected, i.e., the storage conditions were not as critical. The lipid content not only relates to taxonomic classification, but also to the environment (i.e., marine or freshwater), geographic location and/or season (i.e., warm or cool waters), and distribution lipid storage; all of which may influence tissue FA content, and thus susceptibility to FA degradation upon various storage conditions.

Holding on ice for 1 week, with or without nitrogen gas

In general, it appeared that charr and trout were the most susceptible to changes in their FA contents as a result of compromised handling conditions. The most extreme handling method in this study, tested as a “worst-case scenario” was when muscle tissue samples were held on ice for one week, with or without the presence of nitrogen gas in the atmosphere of the sample. The presence of nitrogen gas did not appear to protect the FA content of tissue samples when stored on ice for a week. We conclude that it is not advisable to keep samples on crushed ice for one week prior to analysis because significant changes to the FA content of organisms are expected, especially for species with total lipid ~10 percent or greater.

Less extreme handling methods (i.e., storing tissues on ice for three or six hours) did not affect the FA contents for some species, but significantly altered the FA contents in others. Most FA contents in trout and charr were different after six compared to three hours storage on ice; however, FA in carp and catfish did not change after six hours on ice.

Generally, species that were most significantly affected had higher total lipid contents and would likely be more susceptible to FA degradation. Therefore, keeping samples on ice for up to six hours is detrimental for some fish species, likely as a function of total lipid content (see below). FA contents were generally higher when samples were held on ice for three hours, and decreased after six hours, indicating a loss of FA between three and six hours. This was not a function of the FA type (saturated vs. unsaturated), but rather the entire FA content was affected.

However, regardless of the number of hours that tissue samples were held on ice, the time spent in a minus-20 degrees-C freezer after handling significantly affected the FA content in  charr and drum. FA contents tended to decrease over time in freezer storage from one week to three months, but did not decrease further after three months of freezer storage. Therefore, if tissue samples are stored at minus-20 degrees-C, it is advisable to analyze the FA content soon after organisms or tissues are sampled, as FA contents can significantly change with time.

Long-chain PUFA are commonly thought to be more susceptible to degradation, and it has thus been assumed that there should be preferential degradation of LC-PUFA relative to other lipid classes in improperly stored samples. However, we did not observe a specific FA, or group of related FA, to consistently and preferentially change quantity with increasingly poor handling and storage conditions across all species, though often a loss in several FA contents over time was observed.

FA degradation was more of a function of species rather than FA type, which suggests species-specific FA dynamics during storage, likely as a function of total lipid in that species. Such observed alterations of FA in different organisms may depend on several factors such as lipid content, size, sex, diet, season, state at the moment of capture, importance and nature of the microbial load, veracity, state, number of lipases and how they are sequestered (or not) in cells and tissue type.

The effect of sample handling and storage on the FA contents of aquatic organisms is of particular interest to fisheries (for direct human consumption or commodities such as fish meal and oil), aquaculture, and ecology related fields, and sample handling and storage methods prior to lipid analyses can impact the interpretation and conclusion of results generated in these fields. It is well known that the content of total lipid in fish muscle varies among species, ranging from lean fish with < 2 percent of total lipid to fatty species that contain between 8 and 20 percent total lipid on a wet weight basis.

This is important because fatty fish may be particularly susceptible to lipid oxidation, as inferred in this study and others. The effect of storage temperature on lipid degradation is minimal and not systematic in lean fish species, such as Atlantic cod (Gadus morhua). Similarly, silver carp (Hypophthalmichthys molitrix) that was held at room temperature for eight days to mimic the extreme of fish market conditions did not demonstrate changes in FA content. Fatty fish species in this study, especially charr, were more susceptible to changes in FA contents as a consequence of handling and storage; however, certain FA or groups of FA (such as PUFA and omega-3 FA) were not necessarily more sensitive to degradation.

The susceptibility of certain species to degradation and changes in FA content may also be a function of lipid class composition, rather than total lipid content alone; however, this was beyond the scope of our study. However, FA are known to be affected by peroxidation regardless of whether they are present as free FA, or in triacylglycerols, diacylglycerols, monoacylglycerols or phospholipids.

The handling and storage procedures we investigated had variable effects on the FA content of total lipids in the fish species examined here. Certain species were more susceptible to lipid degradation, rather than certain FA (i.e. PUFA) that are known to be sensitive to oxidation.

Generally, we found that species with high total lipid content (particularly charr and trout) should be treated with extra caution to avoid changes in the FA contents, with time on ice and time spent in a freezer emerging as significant factors that changed FA contents. Time spent in a freezer, either at minus-80 degrees-C or minus-20 degrees-C affected the FA contents of most species in this study, with the exception of catfish and carp which did not appear to be affected by the handling and storage manipulations in this study.

We conclude that, in the best-case scenario, and especially for high lipid content species, it is important, when collecting aquatic organisms for lipid quantification or consumption, to store muscle tissue samples in a minus-80 degrees-C freezer and analyze them as soon as possible to avoid changes in FA contents. 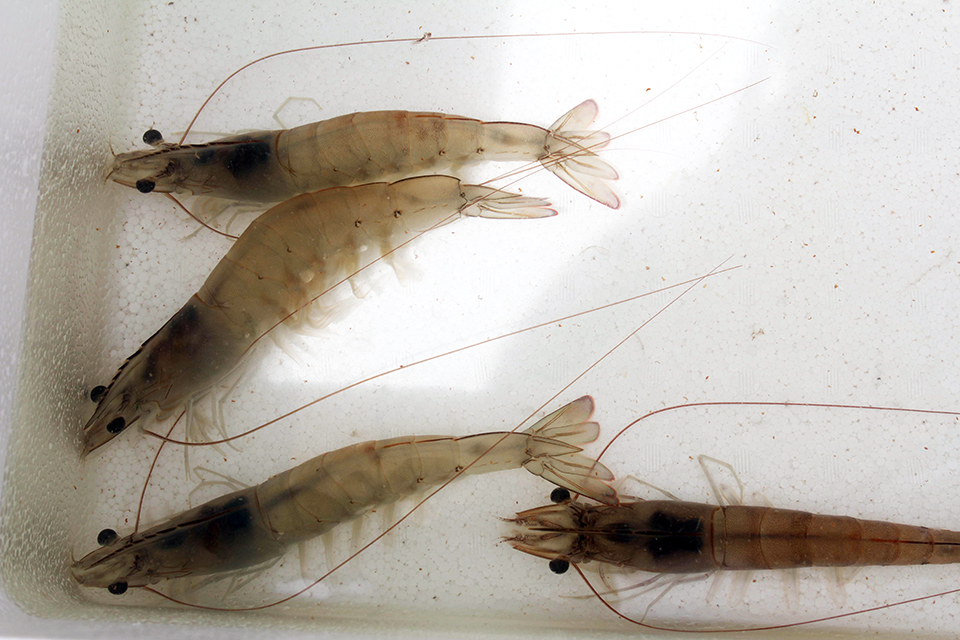 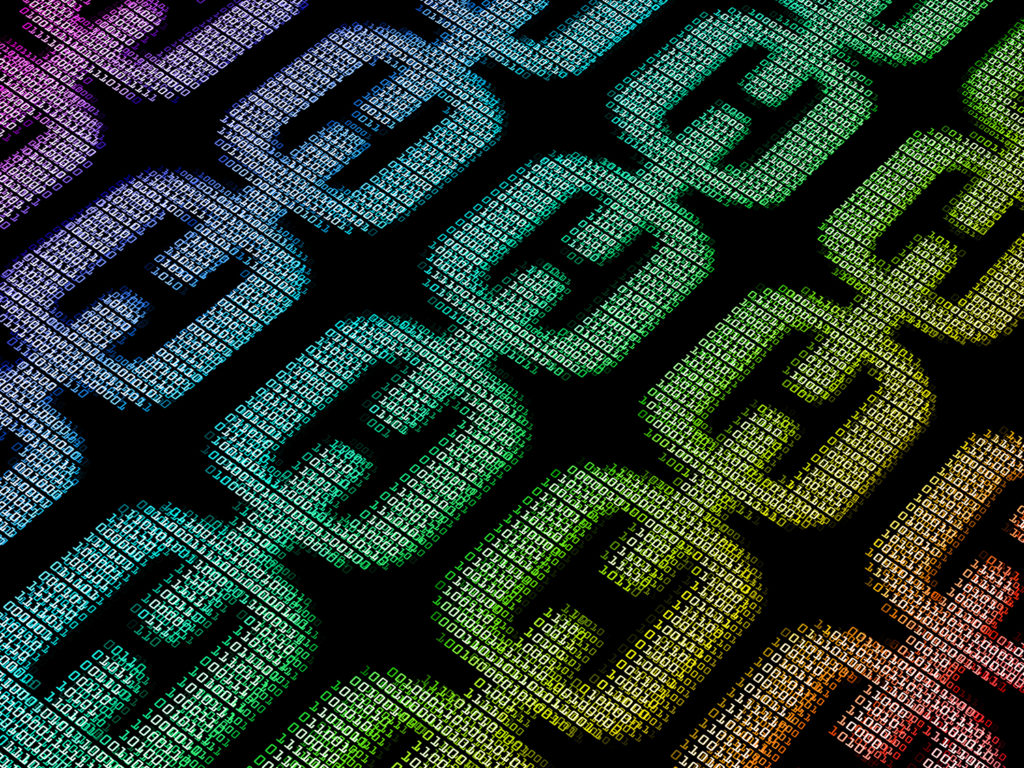 Is aquaculture ready for the blockchain revolution?

The emerging technology, known as the foundation for cryptocurrencies, may be the trustworthy traceability tool the industry needs in a digitally driven world. 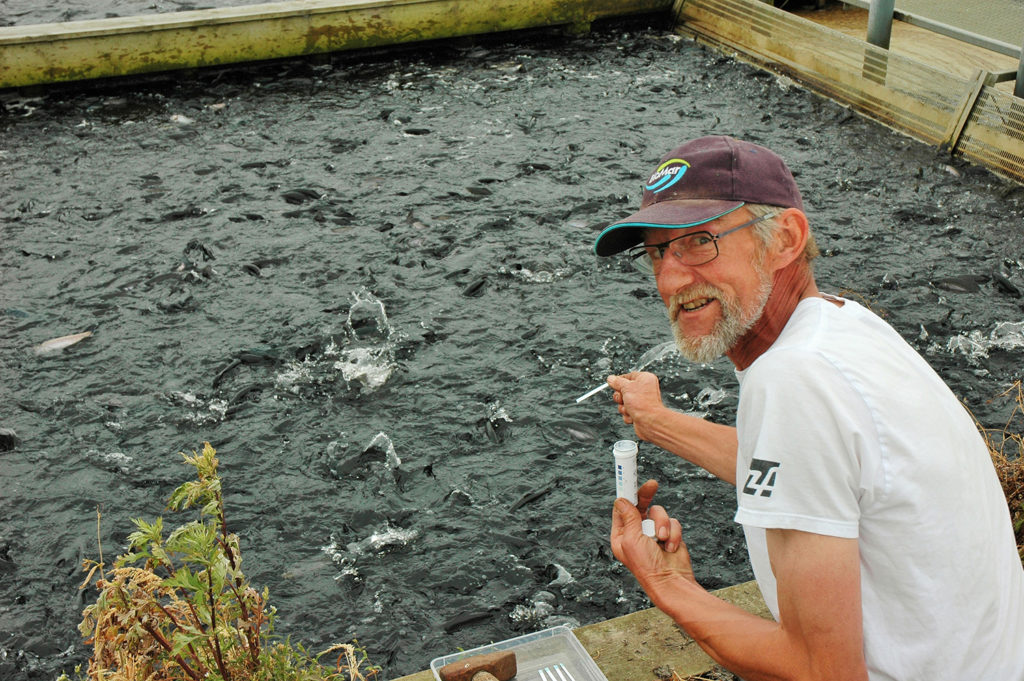 Fast, easy, reliable method offers great potential for all aquaculture systems There is a widespread need for cultivation-free methods to quantify the viability of microbial communities in aquatic environments. This demand also exists within the aquaculture industry, where rapid and reliable methods for measuring bacterial activity and bioavailable organic matter in water are increasingly required.