Lipid level is the main factor that affects the flavor and texture qualities of salmon. It also affects pigmentation and color evaluation, the main parameters involved in salmon classification and overall acceptability for consumers.

Studies carried out with Atlantic salmon and rainbow trout have indicated that the distribution of lipids in fish tissue varies widely with species, type of muscle, and portion of muscle. Research in this area has been largely limited to a small number of species and a few discrete areas of the fish, typically not the whole fillets.

When comparing populations or samples, it is clearly necessary to specify the area of sampling and procedures used when determining the muscle lipid content of a fish species. Further studies that allow standardizing and/or manipulating of the quality characteristics of farmed salmon will likely contribute to the economic value of the product.

Lipid content, pigmentation, and color – which vary with genetic background, feeding practices, pigmentation regime, fish age and live weight – are some of the most important characteristics used to classify salmon fillets. Because Japanese market demands for quality salmon products are a very important issue with coho salmon, and technical information on this species is limited, EWOS Innovation-Chile, the University of Chile, and DSM Nutritional Product, Chile S.A. collaborated in a study to produce a “quality map” for coho salmon fillets.

The study was conducted to describe the distribution of lipid content, astaxanthin, color, and texture in coho salmon fillets of different live weights, and to establish the correlations among these meat quality attributes.

Coho salmon were raised in sea cages and fed a standard commercial diet. The right-side fillets from 28 fish randomly selected at 1, 2, and 3 kg live weight were used in the analysis. Each fillet was sectioned to produce nine standard portions/fillet (Table 1). Each portion was measured for color visually and by instrument. Astaxanthin levels, lipid content, and muscle hardness were also recorded.

Applying the SalmoFan color scale to evaluate salmon flesh coloration, the caudal zone was the area of highest color and pigmentation at all the fish weights (Fig. 1). At all sampling times, the belly flap region showed the weakest color, and the middle line showed more uniformity as fish weight increased. Astaxanthin deposition increased up to 2 kg. Thereafter in heavier fish, it diminished in all portions except 6 and 7, which had a slight but significant increase (Fig. 2).

Lipid deposition generally increased with live weight for all fish sections. Mean values obtained for the varied lipid content of the nine portions are shown in Table 1. The highest lipid content, about 20.0 percent, was observed in the belly flap area. In contrast, portions 8 and 9 in the tail area had the lowest lipid contents: 7.6 and 6.2 percent, respectively. The middle and dorsal portions of the fillets had relatively high lipid contents of 10.0-14.4 percent.

In 2001, studies by P. Katikou and coauthors identified a different lipid deposition pattern in Atlantic salmon, in which the lowest lipid content occurred in the middle line of the fish (Table 1). However in a 3-kg coho salmon the pattern is different, since a lower content in the middle line does not exist. Nevertheless, the pattern in the tail and the intensity in the belly zone are equal in the two species. Finally, lipid content showed a negative correlation with muscle hardness. 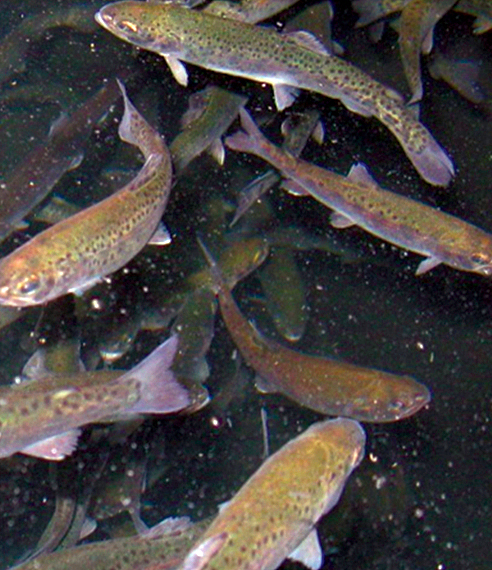 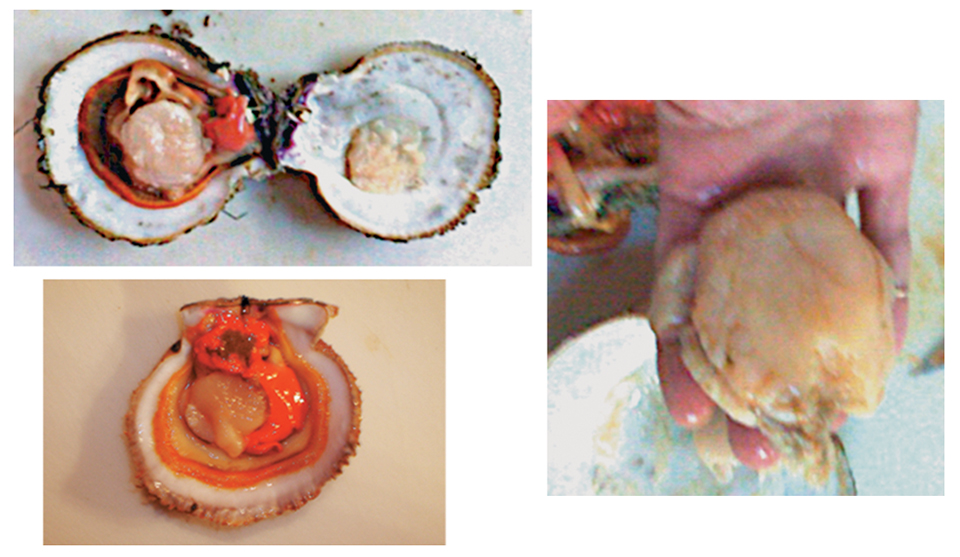