Various alternatives to antibiotic growth promoters (AGPs) – such as phytogenic compounds or plant-derived essential oils, probiotics, prebiotics and synbiotics, enzymes, and organic acids and their salts – have been proposed in recent years to help address various health issues in aquacultured species.

Organic acids are “Generally Regarded as Safe” (GRAS) compounds and the most common are those with short carbon chains (C1–C6), such as formic, lactic, propionic, citric acids and their salts. Their probable mode of action includes reducing the digesta pH, stimulating digestive enzyme secretion, promoting intestinal integrity and regulating gut microbial populations.

The efficacy of an acid in inhibiting microbes is dependent on its pKa value, the pH where 50 percent of the acid is dissociated; for organic acids, it ranges from as low as 3.02 for fumaric acid to as high as 6.4 for citric acid. In Pacific white shrimp (Litopenaeus vannamei), the pH of its gastrointestinal tract remains above 8.0 throughout, so dietary inclusions of organic acids and their salts require high dosages (2–5 grams per kg) to suppress intestinal pH. An alternative strategy is to encapsulate active ingredients to bypass the proximal intestine, ensuring their release in the microbe-rich hind gut.

Microencapsulation [process used to enclose solids, liquids, or gases inside a hard or soft soluble film to reduce dosing frequency and prevent the degradation of food ingredients, enzymes and other materials] is one of the most popular and practical approaches to delivering bioactive compounds to the gastrointestinal tract of farmed animals. An ideal encapsulation should not only protect the stability of the active compounds but also release them in the target regions of the intestine.

This article – adapted and summarized from the original publication (Chowdhury, M.A.K. et al. 2021. Effects of Microencapsulated Organic Acid and Their Salts on Growth Performance, Immunity, and Disease Resistance of Pacific White Shrimp Litopenaeus vannamei. Sustainability 2021, 13(14), 7791) – reports on a study to assess the effects of blends of various organic acids and organic acid salts in different microencapsulations on Pacific white shrimp performance, immune response and disease resistance.

For the stability tests, four microencapsulation products using hydrogenated fat (HF), HF and alginate (HA), wax esters (WE) and double coating with HA followed by WE (HAWE) as encapsulation materials were tested to determine solubility or leaching of the active ingredient.

The 63-day feeding trial was conducted to assess the effects of various microencapsulated, OA and OS diets on growth performance, digestive enzymes, immunity and resistance to Vibrio parahaemolyticus. It was carried out at the Guangdong Ocean University field experimental station situated at Donghai Island, Zhanjiang, Guagdong Province of China.

Ten isoproteic and isoenergetic diets were prepared, including diet 1: positive control with 20 percent fishmeal (PC); diet 2: negative control with 13 percent fishmeal and 12 percent meat and bone meal (NC); diets 3–6 were manufactured by supplementing the NC diet with 0.75 mg/kg of OA microencapsulated with HF, HA, WE and HAWE (OAHF, OAHA, OAWE and OAHAWE, respectively); diets 7–10 were manufactured by supplementing 0.85 mg/kg of OS microencapsulated with fat (HF), fat + alginate (HA), wax esters (WE) and HA + WE (HAWE)  for diets OSHF, OSHA, OSWE and OSHAWE, respectively. The microencapsulated test products were supplied by Jefo Nutrition Inc., Quebec, Canada. The shrimp were fed the experimental diets four times daily at 8 to 10 percent of their body weight.

Resistance to the pathogen V. parahaemolyticus was determined from the cumulative mortality of injected shrimp for 96 hours. For detailed information on the experimental design, diet preparation and animal husbandry; stability tests; feeding trial; sampling, chemical analyses and enzymatic assays; and resistance to V. parahaemolyticus, refer to the original publication.

Organic acids are used as a dietary supplement to reduce the pH in the gastrointestinal tract and to inhibit the growth of certain bacteria. These acids do not separate in the highly acidic stomach pH but tend to dissociate quickly in the proximal intestine as pH increases and the condition becomes alkaline. Shrimp are slow-eating animals taking 1 to 2 hours to hold and chew feed pellets. In free-form, organic acids or their salts have considerable risk of leaching out of the feed into water, preventing them from reaching the hepatopancreas and gut in undissociated form.

Coating or encapsulation may significantly reduce leaching and, consequently, dietary supplements like organic acids can remain effective at a lower dosage. For example, the inclusion level of a microencapsulated organic acid salt blend effectively used by Yao, et al. was much lower (835 mg/kg) than in their free form (2,000–6,000 mg/kg) as reported in various other studies. Micro-encapsulation provides better protection than simple coating that may prevent or reduce the loss of the active ingredient in the case of breakage of the pills, as active ingredients are embedded in the matrix of the coating material.

Additionally, microencapsulation of easily degradable bioactive compounds has become a popular and practical approach for masking unpleasant characteristics of the compounds and delivering them at the intended location of the gastrointestinal tract. In our study, despite their lower solubility and recovery, both HF and HA had higher total performance scores in vivo compared to WE and HAWE.

The relatively inferior performance of shrimp fed the WE diets compared to those fed other treatment diets may be attributed to the low solubility and higher retention of active ingredient compared to hydrogenated fat. A wax-based, solid lipid matrix provides better physical stability and more protection against chemical reactions, but the positive characteristics like slower degradation and mass transfer rate may not be suitable for shrimp due to their short gut transit time (~2 hours) to release the active ingredients.

Other researchers have reported the efficacy of various OA against Vibrio harveyi, and the efficacy of dietary organic acids in combination with essential oils against Vibrio sp. infections and supporting significantly higher survival in Pacific white shrimp challenged with V. parahaemolyticus after 48 hours. These results are in accordance with our findings, where treatments containing microencapsulated organic acid and organic acid salt blends showed significantly lower cumulative 96-hour mortality ranging from 45 to 56 percent, compared to 63 percent for those fed the NC diets when challenged with pathogenic V. parahaemolyticus.

This is one of the first reports comparing the effects of organic acids and organic salts on performance, nutrient utilization, immune response and disease resistance of Pacific white shrimp, as well as comparing different microencapsulation materials and techniques. Finding an effective microencapsulation strategy along with the effective composition of organic acid or their salts is important for sustainable development of the industry.

Based on our findings, we conclude that an organic acid blend microencapsulated with hydrogenated fat or hydrogenated fat + alginate may provide better responses in Pacific white shrimp and can be used as an effective strategy to improve immune response and disease resistance. Further studies are recommended to investigate the effects of microencapsulated organic acid compounds on intestinal health, metabolic response and gut microbiome of farmed L. vannamei. 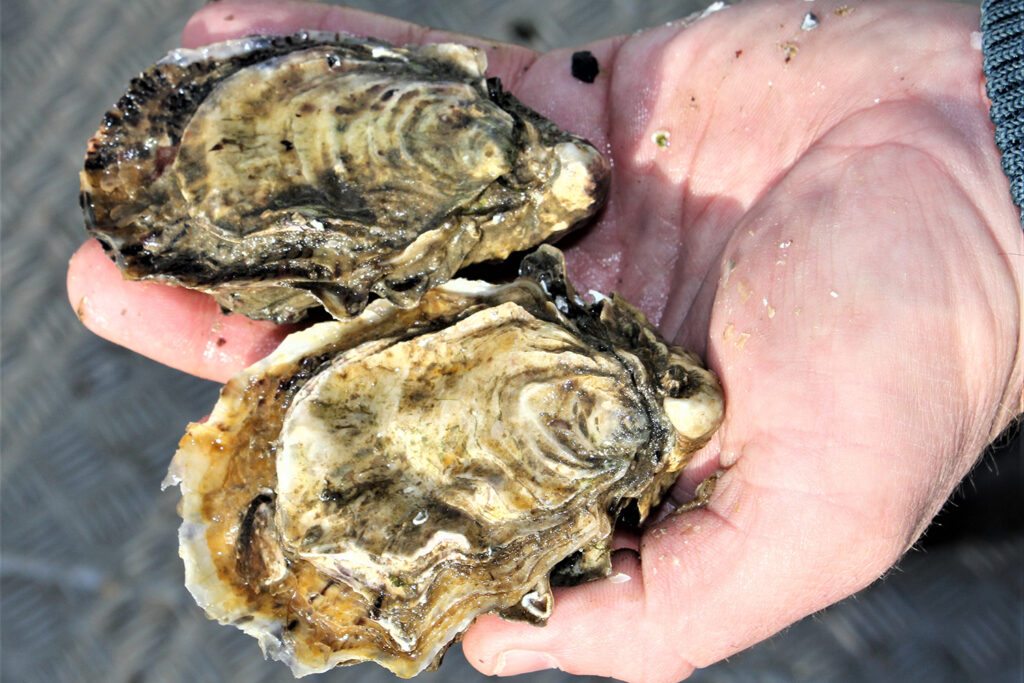 Evaluating a novel microencapsulated feed supplied during the depuration stage to fortify oysters with micronutrients beneficial to human health. 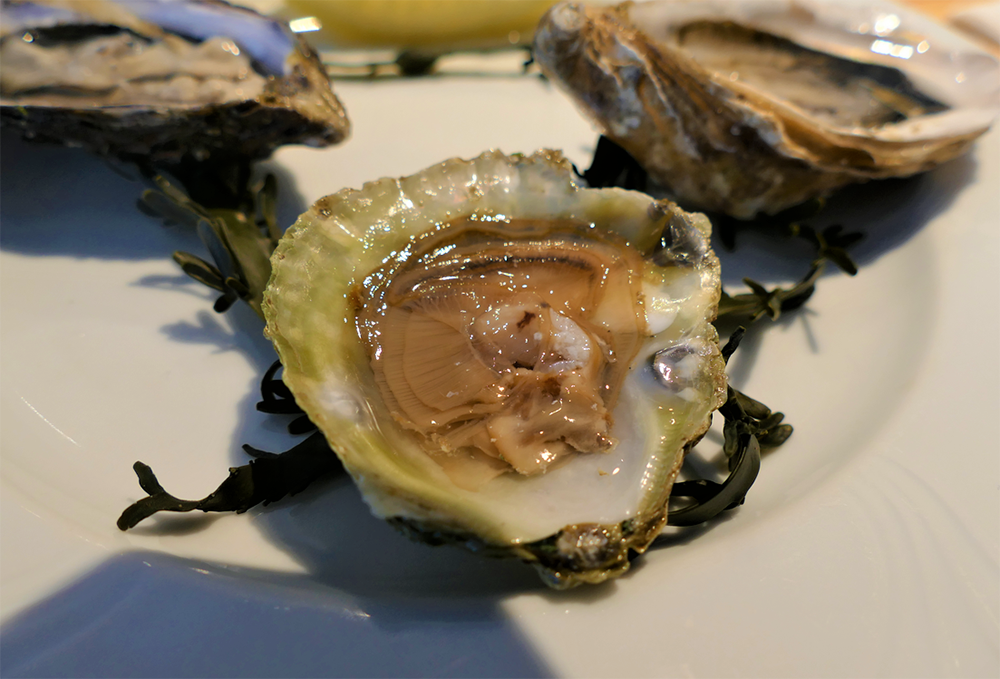 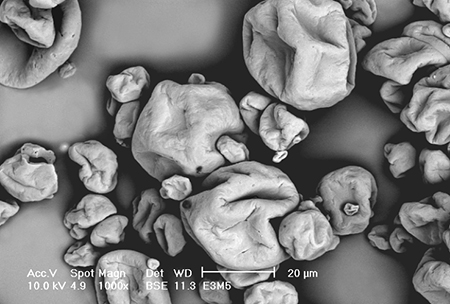 Diet microencapsulation using a biopolymer composite wall is a novel way to protect diet ingredients against deteriorative mechanisms such as oxidation and leaching. 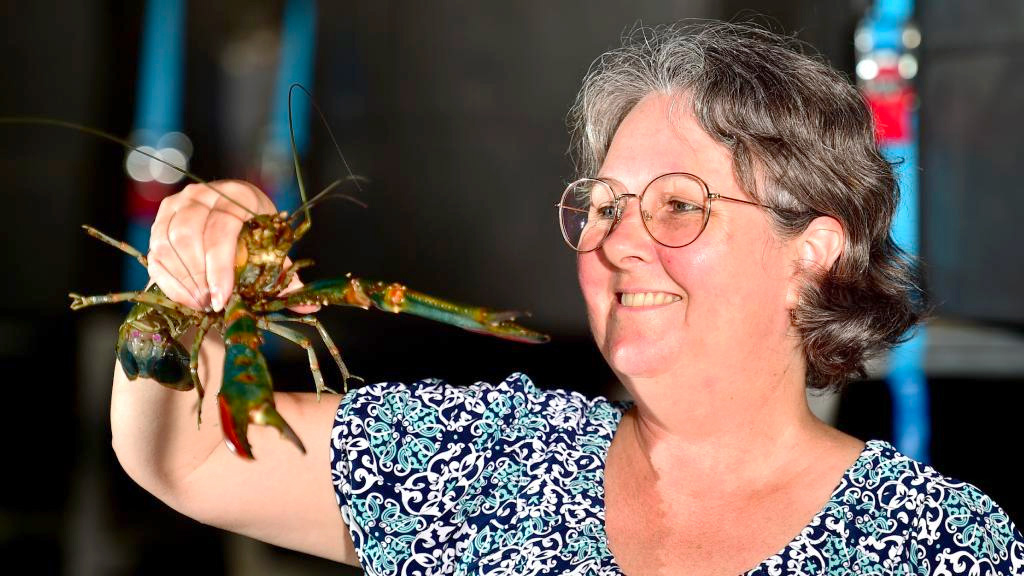 In Australia, aquaculture is looking up – and ahead