The green mussel (Perna viridis) is an excellent source of protein, fat and carbohydrates and a popular source of food for local communities throughout Southeast Asia, including Indonesia.

Because the mussel reproduces throughout the year, requires no supplemental food input, grows to harvestable size in about six months and requires no mangrove removal for pond construction, it is particularly promising as a sustainable aquaculture product for culture in erosion‐sensitive mangrove coasts. Additionally, mussel culture does not require highly sophisticated techniques, knowledge or equipment, which makes it particularly suitable for use in small‐scale artisanal settings.

Indonesia lags far behind in the culture of molluscs and little recent work has been done on mussel culture in Indonesia. Green mussel culture in the country takes place in sheltered marine mangrove waters and traditionally only involves the use of bamboo stakes. In the Demak Regency, northeast of Semarang on the northern coast of central Java, negative impacts from shrimp farming have promoted interest in mangrove‐friendly alternatives.

This article – adapted and summarized from the original publication [Rejeki, S. et al. 2020. Increased production of green mussels (Perna viridis) using longline culture and an economic comparison with stake culture on the north coast of Java, Indonesia. Aquaculture Research, 2020; 00:1-8.] – reports on feasibility trials to develop green mussel culture as an alternative livelihood for the impoverished coastal fishing communities of Demak, Java. The green mussel is already being harvested from man‐made structures in the surrounding areas and, as is the case with several other bivalves, is a well‐established local food.

The study was carried out in Morosari Village, on the northern coast of Central Java, Indonesia, just 2 km northeast of Semarang in the coastal zone of the Demak Regency. The area was selected based on its physical suitability for aquaculture and the absence of potential interference from other fishing activities.

They were suspended from their middle from the longlines or stakes, and total settlement was assessed for two months. In the grow‐out experiment, one mussel stocking was attached at both ends vertically to each stake, approximately 30 to 40 cm from the bottom. Longlines consisted of 7.5-mm diameter natural palm fiber rope. The rope was suspended between two stakes along the water surface. The longlines were three meters, but effective area submerged was about 2 meters. Five mussel stockings were suspended from the longline approximately 30 to 40 cm from the bottom and 30 to 50 cm apart (Fig. 1b). Four of these units were used in the same area and simultaneously with the 20 stakes.

Spat collection involved 20 units of both bamboo stakes and longlines, while the grow‐out experiment involved four treatments and six replications for each of the two methods. After approximately 30 days, the spat (average 4.3 grams each) was removed from the bamboo stakes and longlines and was placed in mussel stockings, and then attached to the structures so that the mussels were constantly submerged. The mussel stockings were gunny sack, woven, 25-cm plastic nets with a width of 20 cm and a mesh size of ± 1.5 mm, obtained free of charge as waste packaging. During the grow-out cycle, there was no possibility for the mussel to escape the stockings.

Our use of mussel stockings in conjunction with longlines differs from the practice elsewhere where the mussels are typically attached to 1-meter long suspended ropes instead. Mussel stockings were filled with 20, 30, 40 or 50 individuals spat per stocking and left for 75 days after which they were retrieved. Data on mussel survival, weight and other parameters were collected and analyzed.

For detailed information on the experimental design; experimental culture units; and statistical analyzes, refer to the original publication.

The method of spat collection had no effect on the average biomass per individual spat, and individual spat had an average weight of 4.3 grams on both the longline and bamboo stake collectors. Mussel survival during growout was comparably high for both methods (90 to 92 percent) and did not differ significantly (Fig. 3a). Weight gain per mussel was significantly higher for longlines (mean = 24.3g) than for bamboo stakes (mean = 22.9 grams; Fig. 3b). Therefore, the cultivation method also significantly affected the specific growth rate, SGR (86 percent/month for longlines; 83 percent/month for the stakes; Fig. 3c) and relative total weight gain of the mussel stockings (751 percent for the longline and 707 percent for the stake method; Fig. 3d). Mussels in the lowest density showed a significantly higher average weight gain (Fig. 3b). However, differences in stocking density did not significantly affect relative weight gain per mussel stocking SGR (Fig. 3c), or the total mussel biomass per stocking (Fig. 3d).

Spat settlement onto artificial surfaces is highly dependent on shape and structure, so generalizations across areas, species and differing environmental conditions are difficult. Other researchers reported settlement densities for the Mediterranean mussel (Mytilus galloprovincialis) in the Black Sea of 3,450 ± 126 individuals per square meter. In India, where mussel culture has grown rapidly in recent years, the practice is based on natural spat fall on intertidal rocks, which is then collected as seed, and previous studies showed typical spat densities of 6,225 individuals per square meter on natural intertidal rocks in India. Therefore, our results indicate clearly suitable spat settlement densities for the establishment of mussel culture in Demak.

Our site had relatively high current velocities which may influence settlement success in green mussels. We also found that spat collection was significantly higher with spat collector ropes suspended from longlines than when suspended from stakes. We speculate that the greater level of movement and water exposure might be the reason why collector ropes were more effective when hung from longlines.

Our results also indicate higher growth rates and resulting weight yields for mussels grown in longline culture compared with mussels grown in stake culture. The only difference in culture conditions between the two methods was that the mussels grew in stockings attached to a stationary support with stake culture, while with longline culture they grew in a stocking that can move and turn with water currents, wind and wave action. Mussel growth obtained from the experiment was 24.3 grams and 22.9 grams for 75 days (2.5 months) of cultivation, respectively, for longlines and stakes. Therefore, average weight increments per mussel were 9.72 grams per month and 9.16 grams per month, respectively. These results were significantly higher than the mussel growth rates documented by other researchers.

Density of mussel stocking numbers did have a significant effect on the growth but not on survival rate of individual mussels. It is common that higher stocking density leads to both lower average body weight and lower survival rate. However, in our study we did not observe lower survival rates. We speculate that general growth conditions under all examined stocking densities were so favorable that the mussels were not affected strongly enough to influence their survival.

The differences in stocking density (20 to 50 mussels per stocking) did result in different growth rates for individual mussels but not in the total weight yield achieved by the mussel stockings. Low stocking density simply yielded fewer larger mussels, while higher stocking densities yielded more but smaller mussels for a similar total weight yield. Thus, it probably was not the filtering capacity of the mussels that ultimately limited weight yield but the total amount of water that the mussels were effectively exposed to. This should be a combined function of water flow, stocking size and shape, and any possible constraints caused, for example, by the use of the small‐meshed stockings.

The most recent review on the status of mangroves worldwide concluded that integrating human livelihood needs in mangrove conservation is necessary to achieve long‐term sustainability for mangrove forests. There is a great need to develop viable yet mangrove‐compatible livelihood alternatives for communities inhabiting mangrove areas. Such alternatives may include livelihoods based on mangrove‐supported fisheries, ecotourism or a multitude of other sustainable uses of mangrove products and resources. Unfortunately, very few of these alternatives have yet been developed beyond a purely artisanal level and the need for mangrove livelihood innovation and development has been stressed by several authors.

Our results show that mussel culture using longlines for both spat collection and grow‐out at densities of 50 mussel seeds per stocking is a simple, low‐cost and easily adopted source of income for households in areas where other means of income generation have been lost or are limited. Culture of the species in other countries in the region has proven profitable and has developed into important sources of income and food for coastal communities

As an aquaculture practice, longlines are a mangrove‐friendly alternative livelihood as it does not require mangroves to be removed for pond construction. They can be placed alongside mangrove channels, in lagoons, inside abandoned ponds and in shallow marine areas seawards from the mangrove forests without any need to cut mangroves or excavate ponds. In fact, longline culture is even considered ideal for unprotected open‐sea culture conditions. Thus, mussel culture can serve as an economic incentive to preserve mangroves so the latter can be left intact to fulfil their many other important ecosystem functions.

Environmental contamination is known to be a problem for shellfish in heavily populated areas along the north coast of Java. For Semarang and the area of concern, the situation is less clear, but at least two studies suggest that contamination levels are low enough for safe consumption. However, even though the coastal area of Demak is still largely rural and probably less contaminated, the issue of contamination deserves close attention.

Our results showed that longlines present a feasible, more sustainable and more profitable alternative to stake mussel culture for mussel farmers in the Demak region in Central Java. Innovation towards a more significant mussel culture industry in Indonesia is long overdue and we believe that additional research towards methods of scaling up production, improved site selection and greater efficiency in the market value chain could further improve green mussel culture profitability, and thereby make it even more effective as a mangrove‐friendly alternative, livelihood option for the inhabitants of economically strained coastal communities. 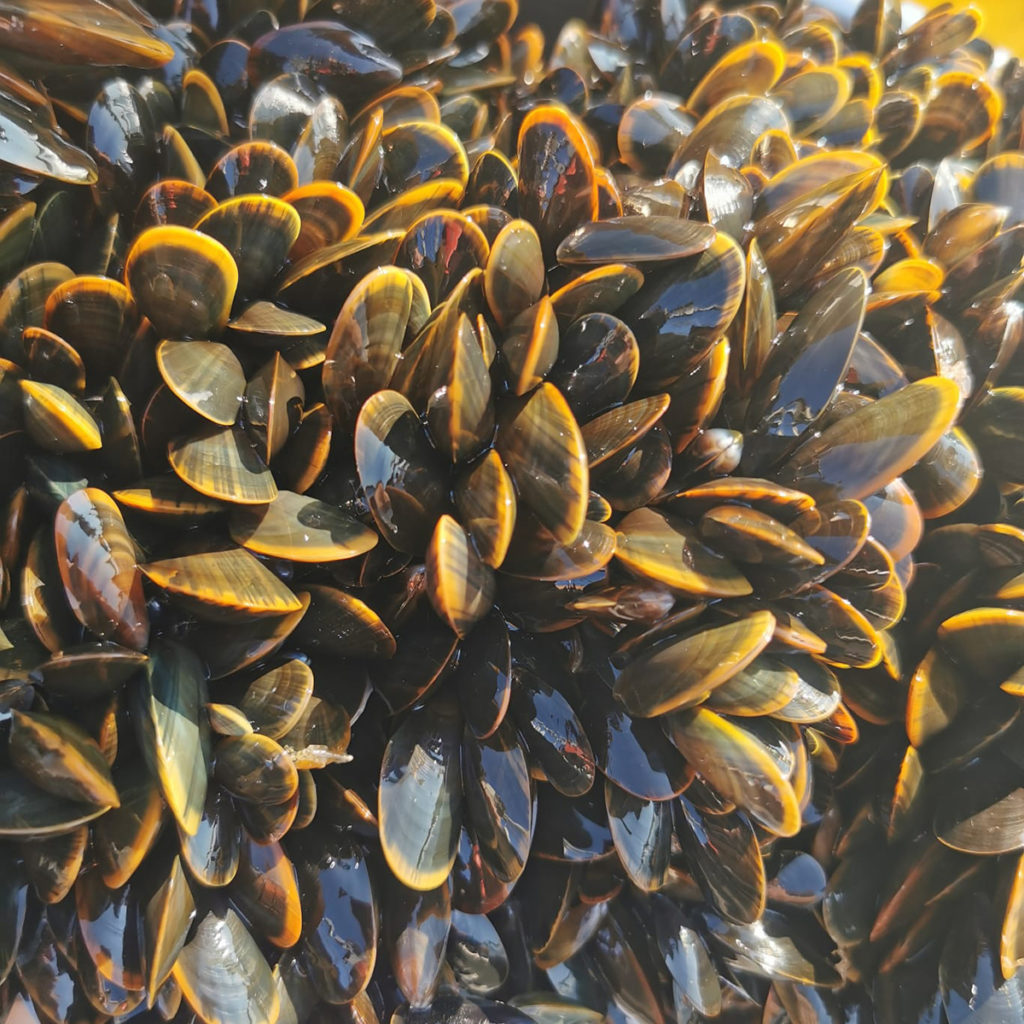 Mussels are subject to an ongoing debate about whether certification should be in the realm of fisheries or aquaculture. Take a deep dive into the matter. 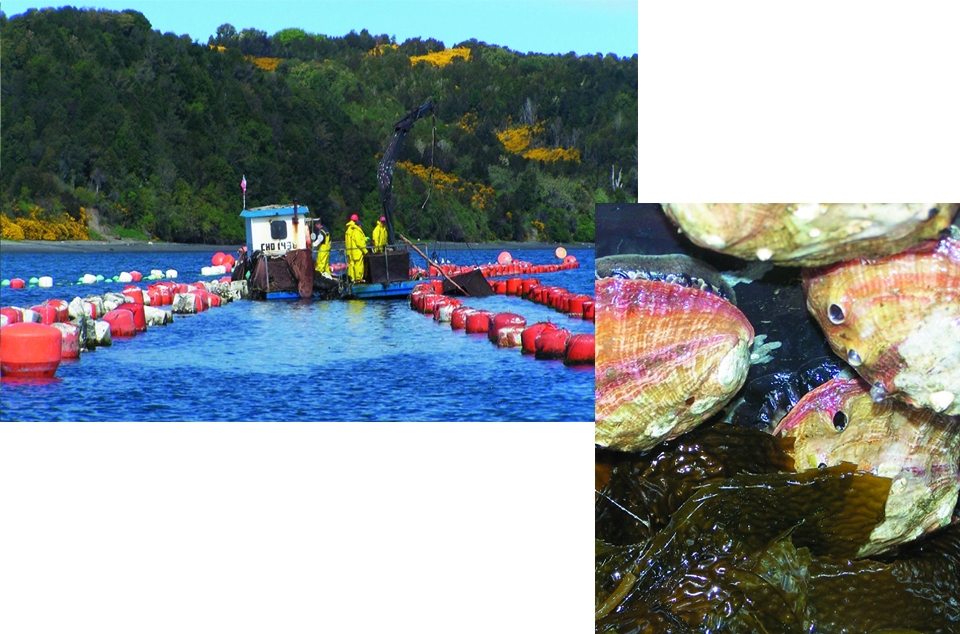 For most mollusk resources, spat supply is not stable enough to sustain the growing industry. Competition for coastline space must also be considered. 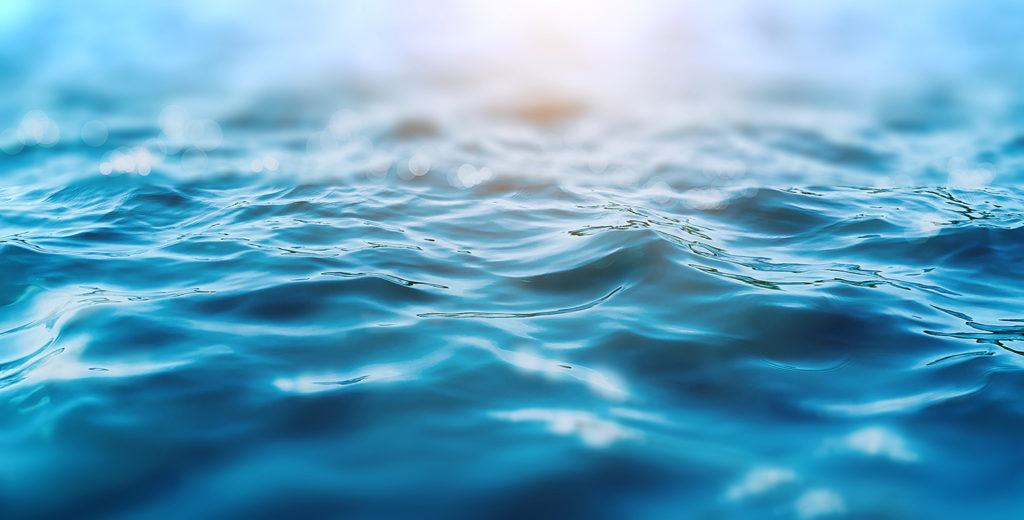 The blue dimensions of aquaculture