World Wildlife Fund, Skretting, Corbion and InnovaFeed among the presenters

Animal feeds – both terrestrial and aquatic – account for the largest share of livestock production’s two greatest concerns: cost and environmental impact. For fed aquaculture, it’s long been understood and accepted that feeds account for 60 percent of overhead, if not more.

“Food systems are the primary driver for the global decline in biodiversity and ecosystem services. It’s also a significant contributor to a range of other issues including climate change,” Hart said. “Historically the dominant approach to [feed] performance is efficiency, without considering the impacts on people and nature. And the impacts from feed production completely override any other production impacts of livestock.”

Food systems therefore need transformational change, he added, and there is not enough available land or freshwater to continue the status quo and expect to feed 9.5 billion people by 2050. Hart pointed out that while aquaculture has done well to reduce its dependence on fishmeal and fish oil and should be commended for adopting novel feed ingredients to fuel this effort, it’s the production of terrestrial ingredients that leads to other impacts like high carbon emissions, deforestation, overuse of agricultural chemicals, soil degradation, nutrient runoff and eutrophication – issues one might not automatically link to seafood.

“The need for grazing land and arable land is the biggest driver of deforestation,” he said. “Not all aquaculture is fed aquaculture, but demand is growing every year. What happens when the demand for seafood exceeds the volume? The pressure on fisheries to meet the demand is going to be high. What happens then?”

“[The salmon industry] is the only one taking advantage of insects and microalgae,” commented Hart, adding that WWF eyes the poultry industry as a “much bigger target” for the group than aquaculture. In fact, Hart singled out aquaculture as a leader in feed innovation and strategy.

“I’ve always seen aquaculture as part of the solution. It’s generally very low in carbon emissions. [Feed conversion ratios] are really good, and the vast majority doesn’t use feed at all,” he said. “But changing feed in aquaculture isn’t going to change the overall direction in carbon emissions. Salmon is embracing the need for change and has been very good to work with in that context.”

Jorge Diaz, the sustainability manager for aquafeed giant Skretting (a division of Nutreco), reported that feed production represents 57 percent of aquaculture’s overall greenhouse gas (GHG) emissions. Quoting a statistic from the Food and Agriculture Organization of the United Nations (FAO), Diaz said the 14 million metric tons of additional feed ingredients required in the coming years will be a challenge to produce as the industry is “already stretching our limits.”

“We must grow within planetary boundaries,” said Diaz, who spoke to the Advocate about Skretting’s sustainability commitments in depth. Skretting, for its part, will source more ingredients that do not compete with goods intended for human consumption and continually calculate the company’s impacts going forward, he said.

Aisla Jones, fisheries and aquaculture manager for UK retailer The Co-op, said the company aims to be a “net zero” carbon emitter by the year 2040, and for now its primary focus is on meat and dairy. But seafood represents an opportunity to improve as well, explaining that The Co-op has a remit to push for needed reforms at all points of its supply chains.

“We’re not experts on feed; we’re the customer,” she said. “We’d like to see responsible sourcing across the board, not just marine ingredients like those certified by MarinTrust. Terrestrial ingredients need to meet standards as well. Let’s see the evidence. Better transparency would help with a lot of that.”

Insect production was another area of focus during the two-hour session. After the European Union decided in 2017 to allow insect meals in aquaculture feeds, producers of black soldier flies, mealworms and crickets have seized on the opportunity and are scaling up production. France is proving to be a leader in this nascent industry.

Insects can not only serve as a feed source, but can responsibly address one of global food systems’ worst areas of inefficiency: Millions of tons of wasted food. As explained by Clément Ray, co-founder and CEO of France-based InnovaFeed, insects are part of the “circularity” of nature, as farmed insects feed on approved agricultural waste streams, a substrate they not only feed on but live within as larvae. Adding insect meal to livestock and aquatic feeds brings the circular economy principle back to food systems, he said. Food production, he added, is responsible for 80 percent of biodiversity loss globally and is in need of major reformation.

“[Farming insects] is not a new idea. What is new is the scale at which we are operating – the technology, the robotics, the data, the AI to breed at a large scale insects that produce the ingredients that we commercialize,” he said.

“Fish have always eaten fish. And marine ingredients will always be part of the solution,” she said. “Our standards will evolve over time to remain relevant and credible. I can see more mitigations in the standards around climate change. We’re here to stay, but perhaps offering different things that the value chain will need.”

Finally, two researchers at Germany’s Alfred Wegener Institute are working with another interesting fishery byproduct: brown shrimp harvested in the Baltic Sea and historically sent to Morocco for processing before being shipped back to markets in Germany, a 6,000-km round trip and process that also leaves some 70 percent of the shrimp’s overall body weight going to waste.

Research associates Enno Fricke and Vanessa Fuchs explained that they are working to extract nutrients like chitin, chitosan and astaxanthin from the byproducts, which would ultimately be used as a feed ingredient for high-value species like Pacific white shrimp.

Early results (see Fig. 1) are promising: Feed trials indicate strong growth rates up to a point where 80 percent of the fishmeal in a typical shrimp feed would be replaced with the processing remains. Fricke and Fuchs also mentioned work involving using the common sea star – an echinoderm considered a pest in many coastal areas – as an aquafeed ingredient. The protein and amino acid profiles in sea stars are promising, Fuchs said, but more analysis needs to be done.

To visit the GOAL virtual platform and view Session 6 and all previous sessions, please click here. 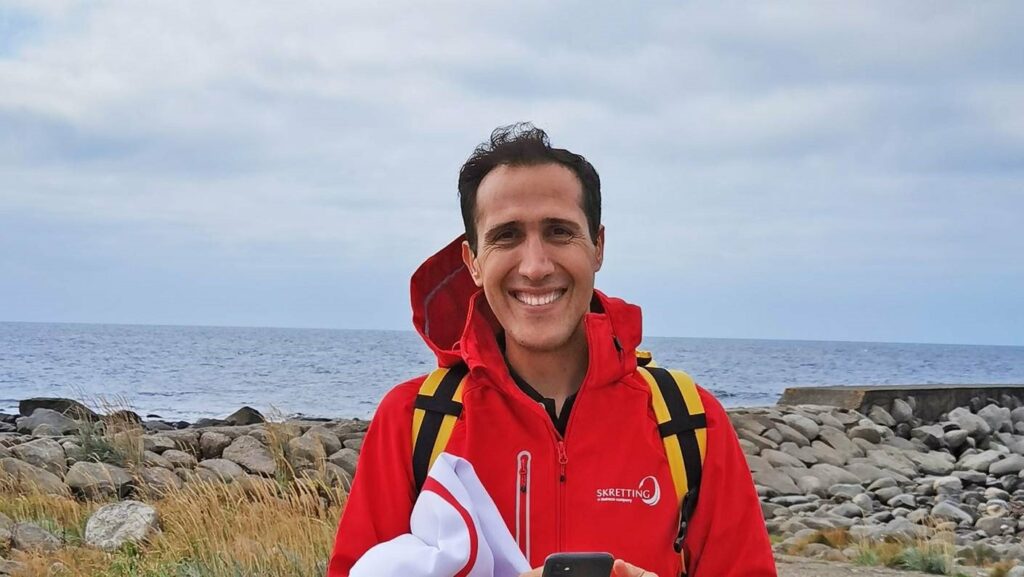 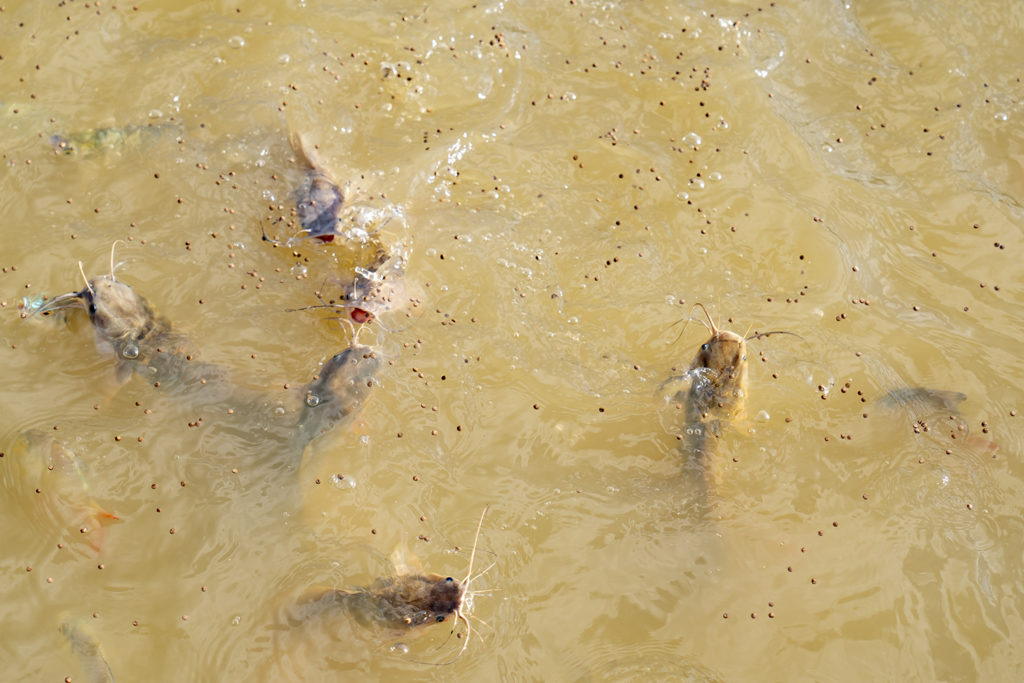 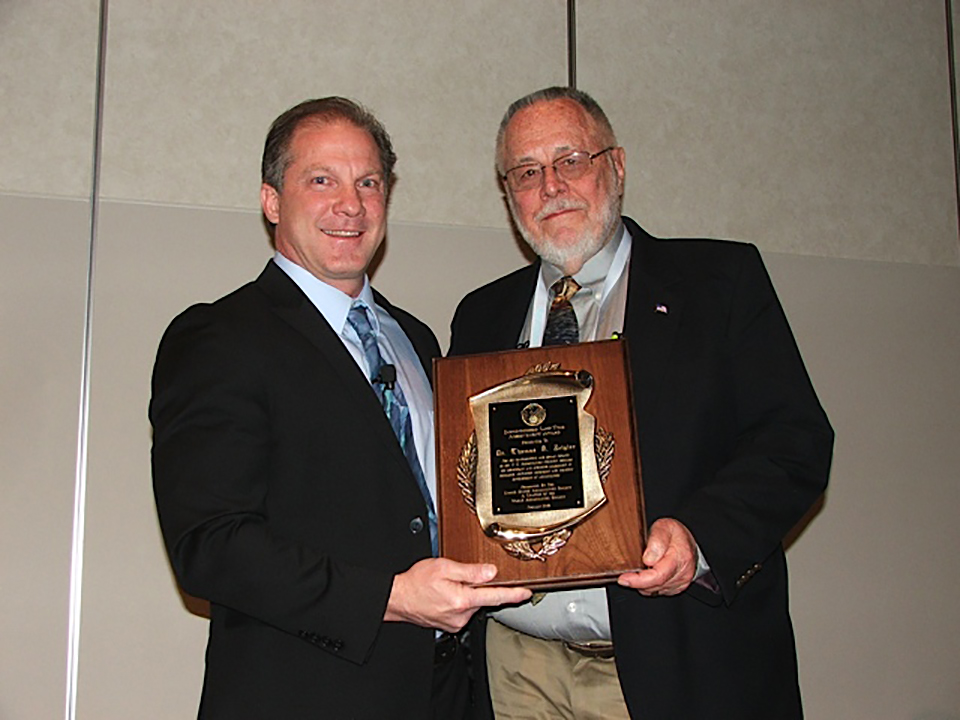