Celebrated as the land of champagne, cheese and high fashion, France is earning a reputation for another homegrown product: les insectes. Some of the world’s leading insect producers are emerging from this tech-forward European nation with innovations that could help advance the aquaculture industry and tackle tough environmental challenges.

“Our mission is to support the sustainable growth of global agricultural systems, by putting insects back at the heart of our food production, and supplying highly performant and sustainable ingredients,” said Clément Ray, co-founder of InnovaFeed, a French biotechnology company and leading insect producer for animal and plant nutrition. “Aquaculture is a growing and sustainable way to put healthy food on our plates, but it faces the growing challenges of increased feed ingredient competition based on growing demand and limited supply.”

With France’s thriving insect industry, it begs the question: what’s driving this European country to surface as an innovation nation?

As both Ray and the team at Ÿnsect can attest, the French government has played an important role in driving start-up success. Back in 2017, President Macron famously vowed to turn France into “a start-up nation,” promising to cut corporate taxes, reform labor laws and limit regulations for small businesses. The government has since ramped up its “entrepreneurship-boosting efforts in recent years,” which InnovaFeed and Ÿnsect credit to helping kickstart new businesses.

“France is indeed a very fertile ground in which innovation can see light,” said Ray. “InnovaFeed benefited from the beginning from the support of the government, the BPI, the local authorities, the ADEME, the Somme department, the Hauts de France region, and Europe to support the implementation of our industrial production sites in the North of France. We benefited from several grants and funding opportunities, but also from specific help to find the perfect location, to navigate and adapt regulations to ensure they are compliant with innovative industries.”

A sizable sum of seed funding stems from the French government and the Finance Ministry has even created a (U.S.) $170 million “bailout” fund to prevent foreign takeovers of French tech start-ups. Bpifrance, France’s public investment bank, is also playing a part, Ÿnsect told the Advocate.

“Launched in 2013 to consolidate an array of state aid and financing to help companies, it is geared towards those with fewer than 5,000 employees, wishing to expand in France and increase their exports,” the company said.

While some may consider France to be tiny next to tech-Goliaths in London or California’s Silicon Valley, the country is seeing increased venture capital fundraising for start-ups and incubators are popping up to help entrepreneurs jumpstart business ideas.

“There are many incubators, namely Station F, which is the biggest [start-up campus] in the world,” said Ÿnsect. “As well as the ‘Next40’ from La French Tech, which offers tailored support to French scale-ups capable of becoming world leaders in technology. On an industry level, IPIFF (International Platform of Insects for Food and Feed) is also a great help, as they facilitate the creation and implementation of industry regulation.”

InnovaFeed is an active participant in the “start-up ecosystem,” which Ray said is “very strong in France and supported by the government.”

“We have been selected as part of the French Tech 120, the most promising 120 French young companies, and integrated a special program to help these companies grow,” said Ray. “We are also part of Scale-up Europe, a European network aiming at building the future European Tech Giants, as well as the Unicorns EU group willing to promote the raise of innovation in Europe.”

While France may not be an agricultural Silicon Valley just yet, the “start-up nation” motivation has fueled some gains within the insect space. From launching the world’s biggest bug factory to participating in research studies to developing new technologies, leaders like InnovaFeed and Ÿnsect are spearheading ground-breaking projects with implications for the wider aquaculture industry.

“Aquaculture is a young, innovative and growing industry – and over the last couple decades has supported our food systems with ever-more sustainably produced healthy seafood,” said Ray. “Insects represent a way to unlock a huge new feed basket for this industry, with an extremely limited effect on other important resources (freshwater, marine biodiversity, arable land, etc.) and with a distinctively low CO2 [carbon dioxide] output.”

First established in 2016, InnovaFeed has developed two products specifically for the aquaculture market. One is ProtiNova, which is designed to be a replacement for high-quality fishmeal in the diets of salmonids. Later this year, the company will also release NovaGain – a performance ingredient formulated to boost the performance of shrimp across three axes. It also has a carbon dioxide impact at least 50 percent lower than fishmeal and zero impact on the marine environment, according to Ray.

“NovaGain boosts the health performance of shrimp, reducing cumulative mortality when shrimp are challenged with both bacterial and viral challenges,” he said.

InnovaFeed made headlines in November 2020, when it opened the largest active insect production site in the world. Located in northern France, the Nesle facility has the capacity of 15,000 metric tons (MT) of insect protein and 5,000 MT of insect oil – an amount projected to feed up to 400,000 MT of fish, poultry and swine each year.

“The ambition behind this production site is to be able to provide the market huge demand for alternative ingredients that are both sustainable and performant, with a credible option,” said Ray. “Major agro-industrial players require significant volumes to be able to change their feed offering and have a systemic environmental impact.”

The facility was built based on an “industrial symbiosis model” – a production model that allows InnovaFeed to produce insect nutrients while decreasing the associated carbon footprint by 80 percent. Ray said that it results in an annual savings of 57,000 MT of carbon dioxide each year.

“By utilizing cutting edge AI and large-scale automation, this new vertical farm represents true industrialization for the insect space,” said Ray. “It is very exciting to see that the insect industry is currently at a turning point with all players starting to scale-up.”

“In terms of aquaculture, we are helping to combat overfishing by producing an insect-based fish feed,” the company said. “Currently, roughly 25 percent of fish globally never leaves the aquafarm system, being processed into fishmeal to feed the next catch.”

Since its inception in 2011, the company has spearheaded proprietary technology protected globally by c.300 patents to produce Molitor and Buffalo mealworms in vertical farms, and the company’s next move involves constructing Ynfarm – projected to be the largest insect farm in the world.

“With a surface area of 45,000 square meters, it will have a production capacity of 100,000 MT a year in the first phase and 200,000 by the second,” said Ÿnsect. “This is 200 times more than any single output of our current farms, our first two units both with a capacity of 1,000 MT a year. This new production effort will increase our growth potential dramatically and will be dedicated to the creation of ingredients for animal feed and pet food.”

Currently undergoing construction in Amiens, Ynfarm is a carbon-negative project and “the world’s most technological farm, collecting over a billion data points a day.” But bug production aside, Ÿnsect is also active in various “R&D” projects, with the company most recently participating in a study with Maastricht University.

“The research proves for the first time that insect protein is as beneficial as the ‘gold standard’ milk protein,” said Ÿnsect. “Both have the same performance on digestion, absorption and on the ability to stimulate muscle production.”

Protifarm, a Dutch AgriTech company and a subsidiary of Ÿnsect, provided its Buffalo mealworm for the study. Published in the May 2021 issue of The American Journal of Clinical Nutrition, Ÿnsect’s team said the findings could be a “huge step forward for the industry.”

“The study was carried out on humans, so what we can say regarding the study’s impact on aquaculture is limited,” said Ÿnsect. “However, the findings do serve to reinforce mealworm protein generally as a very premium, high-value, high-performance ingredient. Combined with sustainability arguments, this makes insects an equally great protein source to use for food production.”

While both companies retain French roots, there’s no denying that they have, as Ray put it, “some global ambitions.” Aside from “investing massively” in research and development, InnovaFeed reportedly has grand plans to have 20 sites up and running around the world by 2030.

“Our ambition is to generate the maximum positive impact possible,” said Ray. “To do so, InnovaFeed has established a very ambitious roadmap, deploying the proprietary technology that was developed in the North of France and in the U.S., but also reviewing other locations in Europe and internationally – targeting several new production sites around the globe by 2030.”

For its next big project, InnovaFeed is partnering with ADM to construct what would be the world’s largest insect protein facility in Decatur, Illinois. The site will be four times larger than the ground-breaking facility in France.

“This project will be another watershed moment for the industry, both in terms of production scale and global production,” said Ray. “We are excited for what that could mean not only for aquaculture, but food systems more generally.”

Likewise, in the next decade, Ÿnsect aims to open and operate 10 vertical farms across the world. But in the interim, Ynfarm will make its mark.

“With our production capacity increasing 50-fold next year, and 100-fold not long after that, we will be able to have a much larger presence in the fish feed industry,” said Ÿnsect. “This will have a positive impact on the market in two main ways: reduction of overfishing and increased output of aquafarms. Studies have shown that our products can lead to up to a 35 percent increase in growth and up to a 40 percent reduction of mortality on aquafarms.”

With expansion on the horizon, both InnovaFeed and Ÿnsect see their efforts as not only helping the industry or the French economy thrive but also the planet as a whole.

“Ÿnsect addresses some of the biggest issues of our time: feeding the world while protecting the environment, ecosystems, biodiversity, and combatting climate change,” said Ÿnsect. “We will have contributed to a healthier food system[s] all over the world, for both people and the planet. There will be less processed, healthier food available, and we will have reduced greenhouse gas emissions and overfishing in the agriculture industry.”

Ray said the growing global population, forecast to exceed 10 billion people by 2050, necessitates 70 percent more food production, which can only be done with the help of novel, sustainable feed ingredients: “To be excited about insects is to be excited about meeting that challenge head-on and motivated to collaborate with other solution finders to feed tomorrow’s world.” 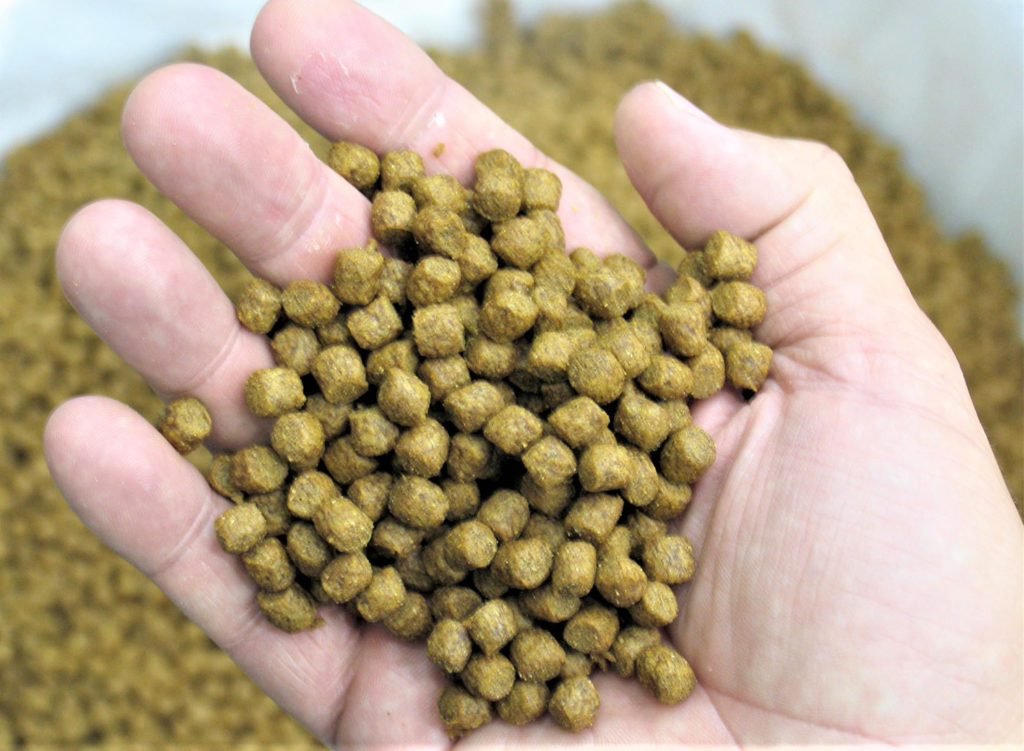 Dr. D. Allen Davis leads an evaluation of potential scenarios and courses of action for feeding fish during disruptions to feed supplies and markets. 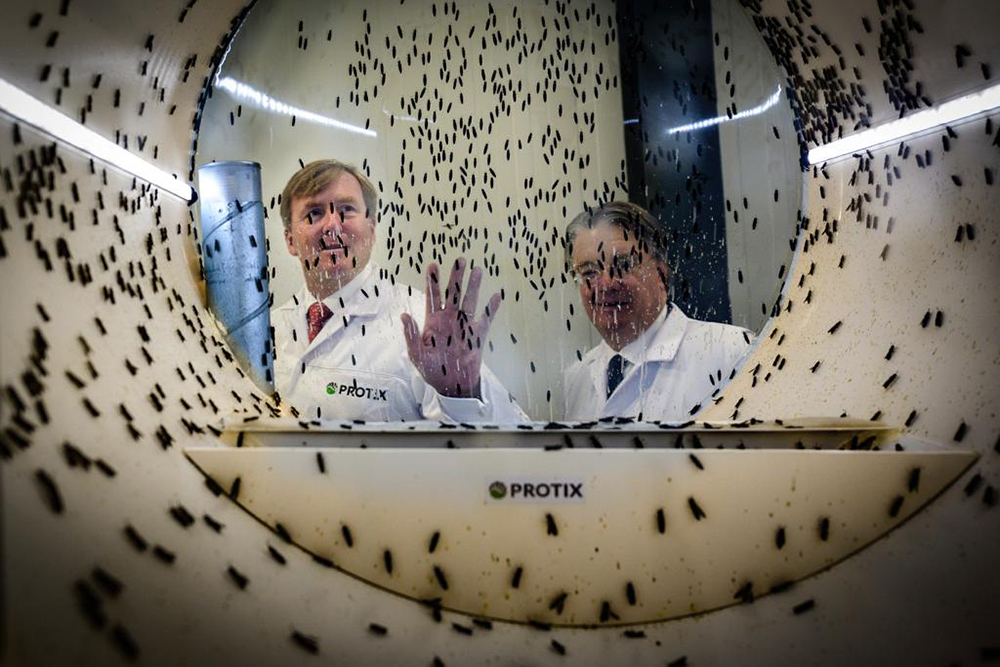 A high-capacity black soldier fly factory puts Protix in position to ramp up production. Investors explain why they’re betting on the sector’s success. 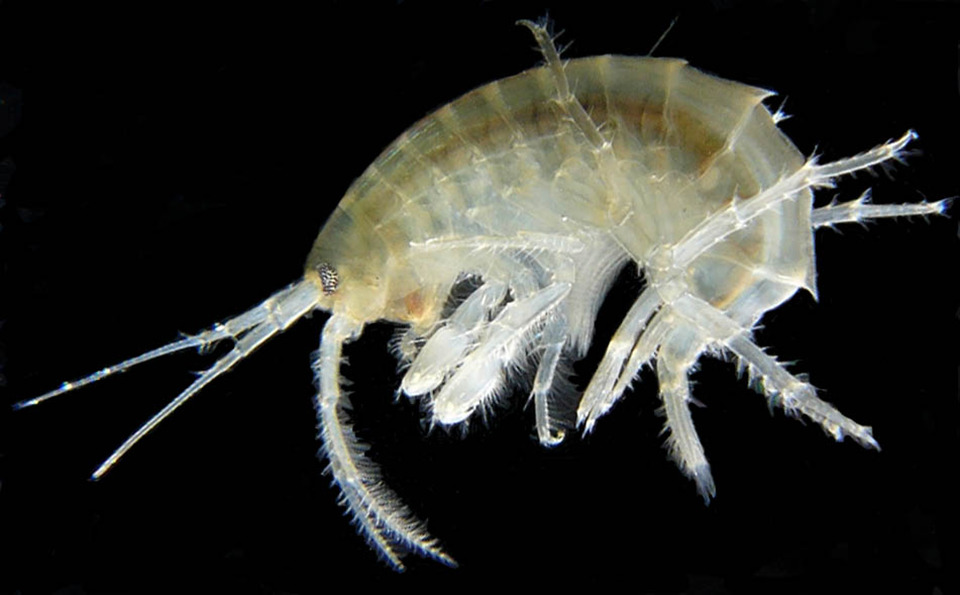 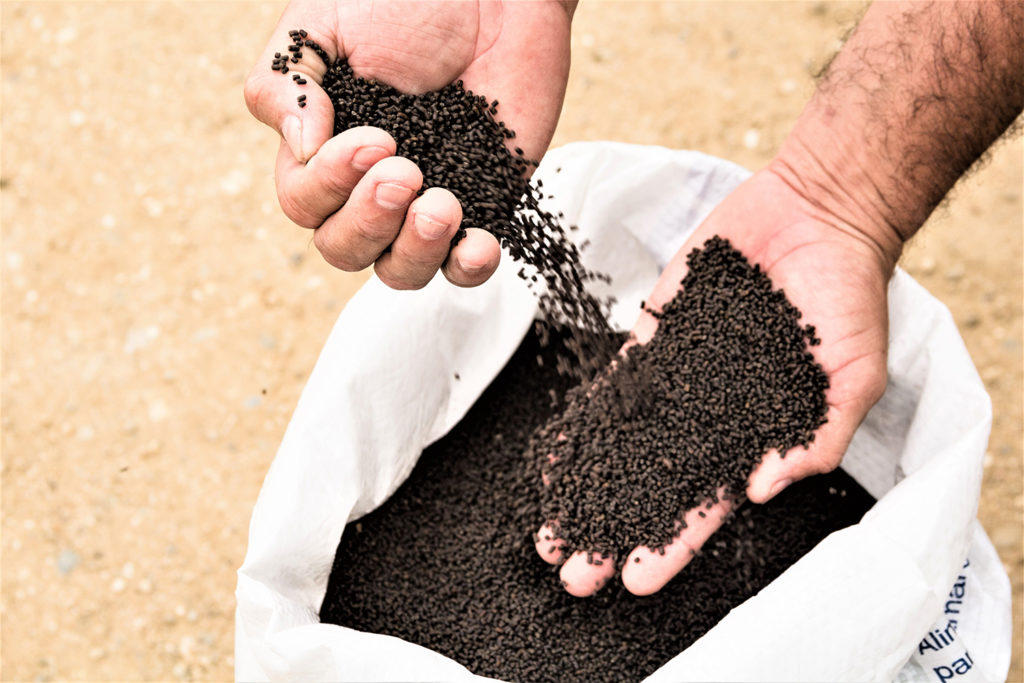