Aquaculture development has driven the introduction of many alien species worldwide. The environmental risks posed by such introductions may threaten native fish diversity, so the proper evaluation of native species as viable aquaculture candidates is important for further development of sustainable fish farming.

The neotropical region [the tropical terrestrial eco-regions of the Americas and the entire South American temperate zone] is rich in native fish genetic resources potentially useful for aquaculture. Among these, there are eight species of the genus Hoplias or trahiras that occur from Costa Rica to Argentina. The different trahiras are economically important for local artisanal fisheries, but have not been farmed yet at any significant scale; for example, the aquaculture production of all trahiras in Brazil in 2016 was just over 806 metric tons (MT).

The wolf fish, tiger fish or trahira (Hoplias malabaricus) is a candidate species for aquaculture production. It is a carnivorous fish that preferentially inhabits lotic [moving] water environments but also occurs in lentic [still] waters such as lakes and reservoirs. It is a sturdy species well adapted to, and can reproduce in, hypoxic [low oxygen] waters. The nutritional quality of its meat and new processing techniques producing boneless, quality fillets and high fillet yield (~44 percent) have attracted many consumers to trahira as a delicacy fish that fetches high prices in markets.

There are some constraints to the development of its aquaculture production, including commercial availability of feed-trained fingerlings; cannibalism in early life stages; limited information on nutritional requirements and growth production data; undesirable intramuscular bones; and the continuing availability of market-sized fish from capture fisheries.

This article – adapted and summarized from the original (Faria, M.D.R. et al. 2019. The potential of Hoplias malabaricus, a Neotropical carnivore, for aquaculture) evaluated its aquaculture potential by determining the best growth model through one year of semi-intensive production; quantified its growth rate from fry through grow-out under two production densities; and assessed fillet quality in terms of total protein, lipid levels and fatty acid profile.

The growth trial was carried out at the Ponte Nova Fish Farm located in Salesópolis County, State of São Paulo, Brazil, a region with subtropical climate with mean annual temperature of 19 degrees-C. A total of 270 H. malabaricus juveniles were obtained from the Brumado Fish Hatchery, Ltd. in the State of São Paulo, which had produced them from wild broodstock.

The juvenile fish were stocked in four 12.6 cubic meters concrete ponds using a completely randomized design and at two stocking densities, 5 fish per square meter (90 juveniles) and 10 fish per square meter (180 juveniles). Fish were fed exclusively using an extruded commercial diet (NutriPeixe TC 40, Purina, Brazil), and the feeding regime was based on that commercially proposed for carnivorous fishes The growth trial lasted 11 months from September to August. Every 40 days through the experiment, all individuals were anesthetized, measured and weighed.

The mean weight after 11 months of grow-out did not differ significantly between the two densities, 263.0 grams and 246.7 grams for 5 and 10 fish per square meter, respectively. It should be noted that the juveniles we used originated from wild broodstock which had not undergone genetic improvement. The high coefficient of variation at the last weight measurement may reflect the full range of phenotypic variation for the trait.

After the eleventh month of rearing, including the winter months, fish weighing more than 450 grams were found among the trial fish. The market demand for an individual portion (plate size) and the growth rate achieved in this study indicate the commercially interesting weight for trahira is between 500 and 600 grams. Observation of fish with higher growth rates under semi-intensive culture management suggests that H. malabaricus may have potential for improved growth by selective breeding. Domestication and selective breeding to improve feed conversion rate would address a factor critical for adoption of H. malabaricus for commercial aquaculture.

Regarding grow-out performance, initial total length, final total length and body weight, as well as the majority of the growth parameters, were statistically equal at both stocking densities. Conversely, feed conversion rate and survival rate showed statistically significant differences between stocking densities by the end of the experiment. The coefficients of variation for growth traits were high and within the range found in fish and shellfish (CV = 17 to 29 percent).

Successful cultivation of an aquaculture candidate species depends on genetic make-up and physiological plasticity so that the species can adjust to culture conditions and show a viable growth rate for commercialization. Therefore, modeling fish growth is a first step for assessing an aquaculture candidate species because it supports predictions of how well the fish will grow under various production systems. Our results showed that H. malabaricusunder semi-intensive farming conditions presents positive allometric growth, i.e., individuals increase in relative body thickness, becoming heavier at a given length as the fish grows (Fig. 1).

Our assessment of growth models for cultured H. malabaricus showed that the mixed-model approach provided a better fit to the data than traditional modeling with only fixed effects.

Growth models for farmed fishes may be affected by environmental factors, particularly oxygen availability and temperature, as well as culture-dependent factors such as stocking density and feeding. To assess the growth curve for a candidate fish for aquaculture, such as H. malabaricus, it is important to understand and manage culture variables in order to improve growth rate, and to determine the optimal cost-benefit weight for harvest size. The grow-out performance of H. malabaricus during our one year-production cycle had similar outcomes for the two stocking densities, as can be seen in Table 1.

Regarding the body composition, total protein concentrations in fillets decreased through the experiment at both stocking densities; however, the values still remained higher than those for other species analyzed, such as Murray cod, gilthead sea bream, Tiete tetra, goldfish and Nile tilapia. The decrease in fillet protein may be due to utilization of protein as an energy source for growth, suggesting that use of a higher protein diet (> 40 percent) may be appropriate for grow-out of H. malabaricus.

Lipid content is also an important aspect of fillet quality. Fillets can be classified as “lean” when the lipid content is below 2.5 percent and as “semi-skimmed” between 2.5 and 10 percent. In our study, high concentrations of lipids in the muscle of the H. malabaricusjuveniles were such that the fillet would be classified as high-quality in the semi-skimmed range. The fillet fatty acid (FA) profile showed few changes over time, but we noted an interesting content of saturated fatty acids (SFAs) and polyunsaturated fatty acids (PUFAs). The major FAs in H. malabaricus juvenile fillets were linoleic acid (LA), arachidonic acid (ARA), and docosahexaenoic acid (DHA).

H. malabaricus juveniles in our study had a high percentage of linoleic acid (almost 90 percent of total PUFAs), suggesting that they tend to accumulate desirable omega-3 PUFAs, mainly DHA, in their fillets, even at high stocking densities and with a relatively low percentage of this FA in the diet.

Based on our evaluation of the aquaculture potential of trahira under semi-intensive culture conditions – including growth rates and fillet quality – and considering the species hardiness, tolerance for low oxygen conditions, acceptance and consumption of manufactured aquafeeds, considerable growth potential, and high nutritional quality and superior meat flavor, H. malabaricus appears to be a viable aquaculture species for Central and South American countries, where the development of native species can contribute to sustainable aquaculture production. 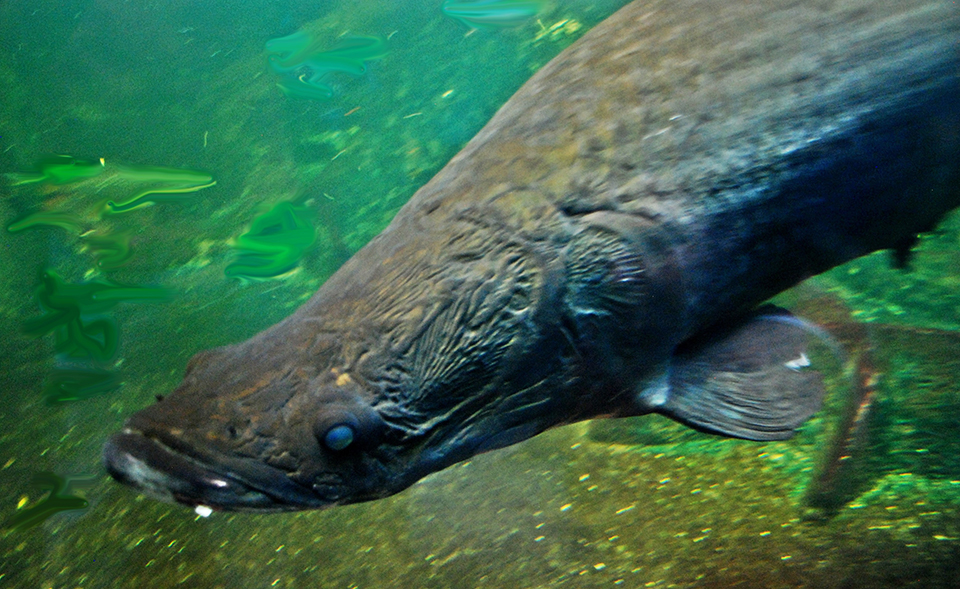