The integrated culture of different species seeks to optimize the use of nutrients generated by a primary fed species by employing other species that can take advantage of the excess nutrients, thus improving the use of resources of the overall production system. Two species with the potential for integrated culture are Pacific white shrimp (Litopenaeus vannamei) and Nile tilapia (Oreochromis niloticus). Some studies with both species have reported that fish fed at 1 percent of their biomass had feed conversion ratios (FCR) ranging from 0.15 and 0.38, indicating a relevant contribution of the biofloc in the nutrition of the fish. However, there are no studies assessing if Nile tilapia can be reared without feed supplementation and still maintain adequate performances without negatively impacting the overall integrated system, which would allow a reduction in the system inputs.

The microalgae Scenedesmus obliquus is a freshwater green algae rich in protein and lipids. This microalgae reportedly has been used to partially replace fishmeal in tilapia feeds, with reports of improved fish growth and immune systems. Its application in consortium with bacteria and other microalgae for the biological treatment of effluents has also demonstrated a reduction in nutrient concentration  ̶  such as nitrogen, phosphorus, and carbon  ̶  suggesting that the addition of microalgae species to the water of biofloc-based integrated systems may enhance biofloc attractiveness and nutritional composition, increasing natural food consumption by cultured fish and improving their growth performance.

The experiment was conducted at the Marine Shrimp Laboratory (LCM) of the Aquaculture Department of the Federal University of Santa Catarina (UFSC), Brazil. L. vannamei nauplii  (Speedline Aqua lineage) were procured from a commercial supplier (Aquatec Ltda., Rio Grande do Norte, Brazil). The animals were reared in a biofloc system until reaching a mean weight of 2 grams. Nile tilapia (Oreochromis niloticus) juveniles (GIFT lineage) were acquired from a commercial supplier (Acqua Sul Piscicultura, Ilhota, Brazil) at a mean weight of 1.53 ± 0.12 grams. The Scenedesmus obliquus microalgae were obtained from the strain bank of the Algae Cultivation Laboratory (LCA), part of the Federal University of Santa Catarina (UFSC), located at Barra da Lagoa, Florianópolis, Santa Catarina, Brazil

The shrimp (2.16 ± 0.01 grams) were reared at a density of 400 shrimp per cubic meter and the fish (1.53 ± 0.12 grams) at a density of 522 fish per cubic meter. The microalgae were added to the culture water twice a week. The experimental units (Fig. 1) used were 1,000-liter tanks (800-liter useful volume) and 100-liter tanks (90-liter useful volume) for the shrimp and fish, respectively, located in an agricultural greenhouse and covered with shade cloth. Growth performance, sludge production, and water microbiology were evaluated regularly.

For detailed information on the experimental design and animal husbandry; data collection and statistical analyses, refer to the original publication.

Our results indicate that the addition of both microalgae and fish feed had no effect on shrimp growth performance. The mean weight gain rate of 1.1 ± 0.1 grams per week was similar to those reported by other authors for shrimp monoculture using biofloc technology. The reason was likely that because the shrimp were not underfed as the fish were, the biofloc and the microalgae would have been proportionally less important in their nutrition.

For Nile tilapia, biofloc contributed significantly to their nutrition in our study, reinforcing reports by other researchers on the potential of biofloc as a food source for this species.

Tilapia survival rates were similar to those previously reported in the literature. The higher survival in treatments that employed microalgae addition suggests that S. obliquus provided nutrients that were not available in the treatments receiving no addition. The nutritional value of biofloc depends mainly on the carbon: nitrogen ratio and the organic carbon source used. Because in our study there was no organic carbon supplementation, the biofloc nutritional value was likely lower when compared to heterotrophic systems.

Considering that no significant differences were found for shrimp performance, the significant differences noted in the overall integrated system performance were mainly due to the provision of fish feed and the consequent differences in fish performance. Regarding the provision of fish feed, it resulted in gains of 8 percent in biomass and yield, and their values were similar to those reported by other authors studying integrated systems with the same two species. As for the FCR, in the treatments receiving fish feed, the higher biomass compensated for the higher feed addition compared to the treatments without fish feed supplementation. Thus, even though there was a greater input of feeds in the integrated system, the overall FCR was lower.

And although there was a greater input of organic matter in the treatments with fish feed, the overall yield of the integrated system increased, resulting in similar sludge production and sludge: biomass relationship between treatments.

Regarding water microbiology, bacteria and microalgae can interfere positively or negatively in each other’s growth due to the production of bio-compounds or competition for nutrients. Bacteria can respond both to living as well as dead cells. Under the conditions of our experiment, there were no significant differences in the counts of total heterotrophic bacteria and vibrios at the end of the experiment.

Although there are reports that microalgae may be effective in controlling Vibrio spp., the microalgae-bacteria interaction is very specific and complex and it has been established that light and nutrient variation affect the interaction of Scenedesmus spp. and heterotrophic bacteria. These factors could be responsible for the lack of differences in total heterotrophic bacteria and vibrios between the two treatments used. Still, bacterial counts at the beginning and the end of the experiment were similar, with values being comparable to those reported for chemo-autotrophic biofloc systems.

Our results emphasize the potential Nile tilapia has for utilizing biofloc as a food source, but also show that biofloc contributes only partially to meeting the nutrient requirements of the fish. In our study, the supplementation of fish feed was an important factor that significantly contributed to their growth. The dietary addition of the microalgae at 1 percent of fish weight increased tilapia biomass in an integrated shrimp-tilapia biofloc system without affecting the sludge production and water microbiology and improved the FCR and yield of the overall integrated system. Future research should focus on evaluating the economic performance of both approaches, fish feed supplementation and microalgae water inoculation. 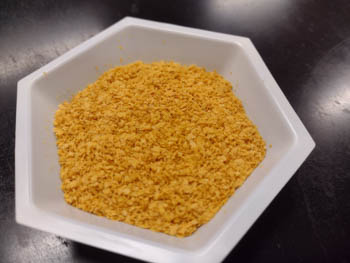 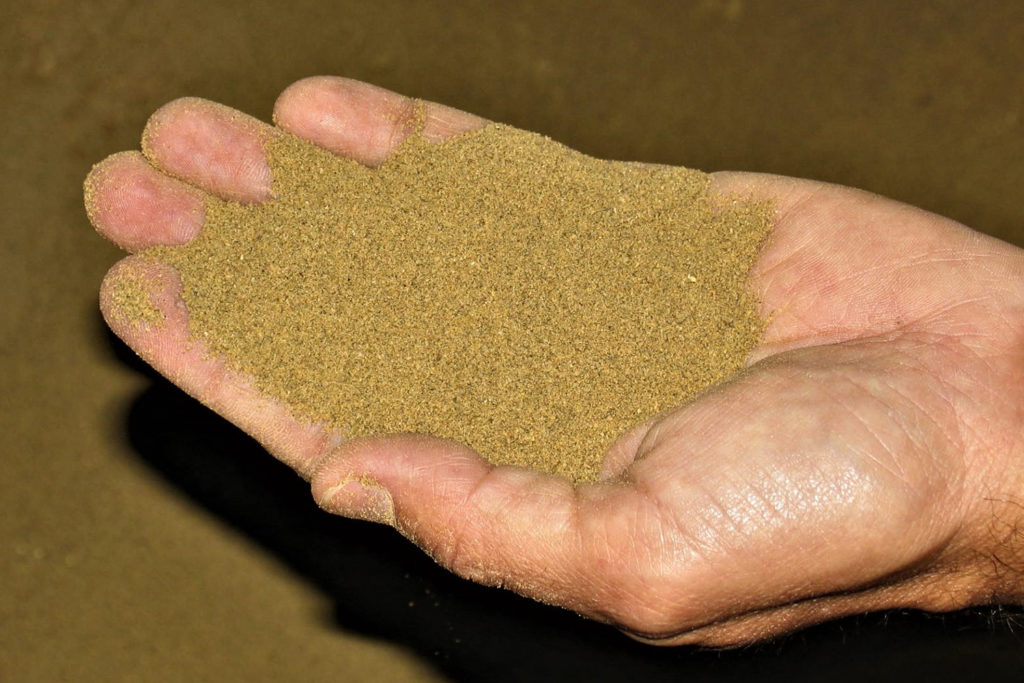 Standardizing the assessment process of aquaculture feed ingredients using a structured approach for assessing their quality. 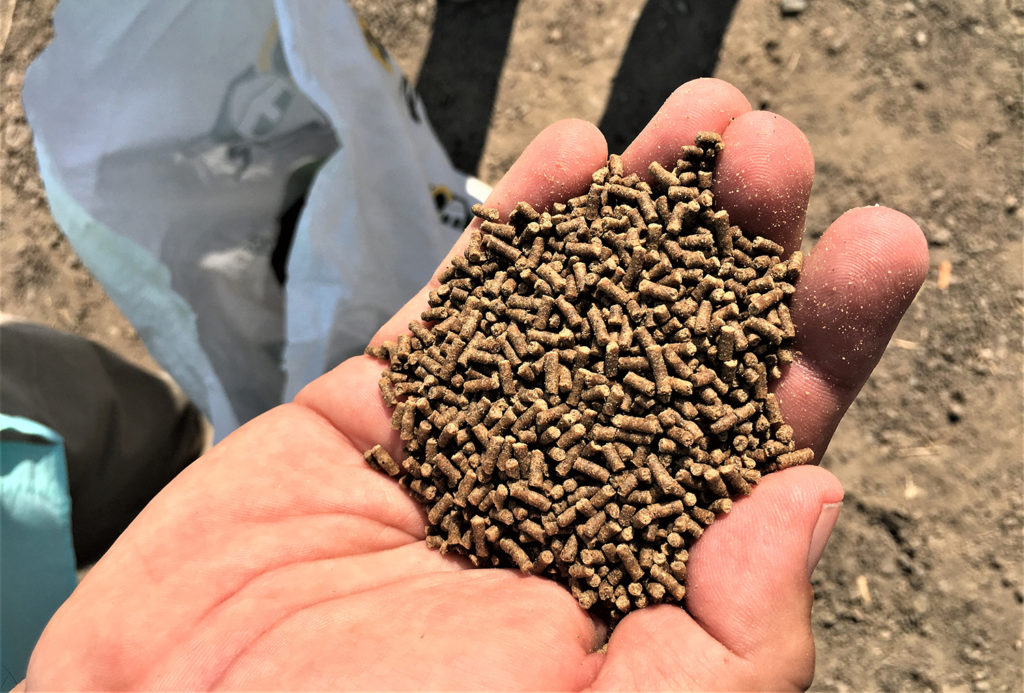 Many strategies can be used to assess the nutritional quality of ingredients. The choice, however, can impact the interpretation of that information. 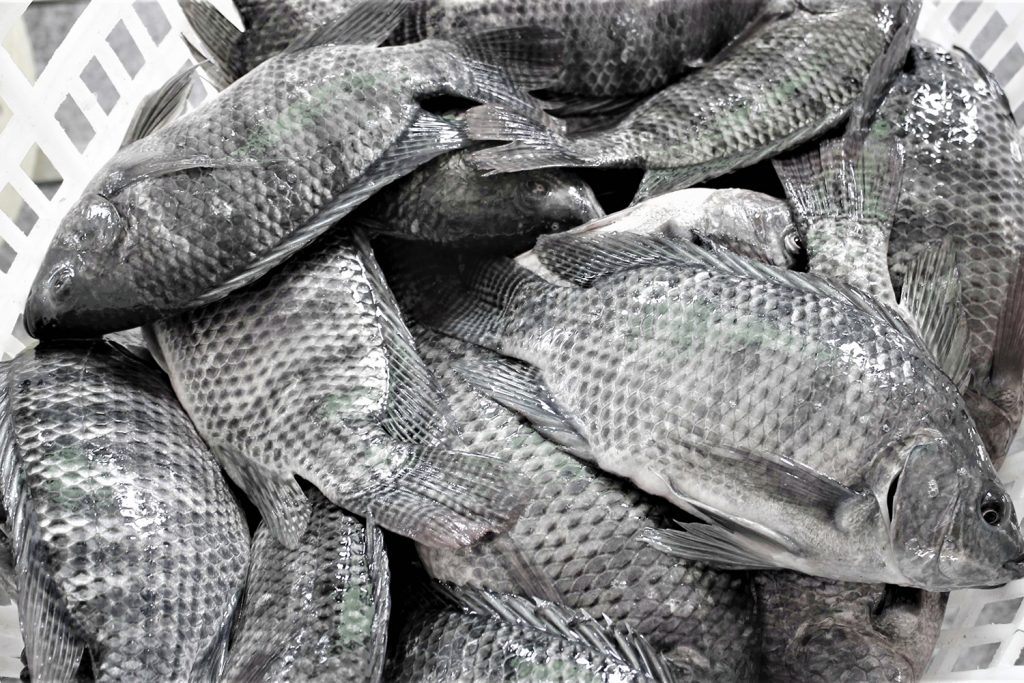 Trends in the use of additives in small-scale fish farming in Egypt show the need to establish costs and benefits and promote their appropriate use.