The Optimized Aquaculture Product Quality Through Feed Quality and Feed Management (AQUALITY) project was designed to help European marine fish producers improve their competitiveness in the market during a period in which prices for sea bream (Sparus aurata) dropped drastically, affecting the competitiveness of relatively small producers. Funded by the European Commission, the project had two objectives to help small and medium-size enterprises improve their production and marketing strategies:

Program research was designed with an upscaling approach, first by testing finishing formulations in the lab under closely controlled conditions and then by field validation in earthen ponds, concrete tanks, and cages, the three most common methods used for grow-out of European sea bass and gilthead sea bream in the Mediterranean region. Five lab trials and six farm trials were carried out.

The improvement of skin pigmentation observed during the trial was confirmed with chromometer measurement and chemical analysis of the carotenoid content of the skin. Animals fed the finishing diet had 4.4 mg total carotenoids per kilograms of skin versus the 1.9 milligrams per kilogram in animals that received a control diet.

In one trial to evaluate the influence of nutritional history and feed ration, it was shown that fish fed a low-energy diet for three months and then switched to a finishing diet had better specific growth and feed conversion than ones fed a high-energy diet continuously (Fig. 1). The same trial demonstrated that a reduction in feed ration yielded lower growth.

To validate these results, a pond trial was carried out using diets formulated to have similar protein and fat specifications. In this test, larger sea bream with body weights of about 569 grams and 599 grams were fed farm feed or a finishing diet, respectively. As shown in Table 1, after four months, the animals that received the finishing diet had a larger weight increase and lower feed conversion (122.06 g and 3.60, respectively) than fish fed the farm diet (76.02 g and 5.68, respectively).

The lab and field trials showed it was possible to manipulate the nutritional quality of farmed sea bream by providing special finishing feed formulations during the last few months prior to harvest. In particular, the levels of essential nutrients such as omega-3 highly unsaturated fatty acids and specific vitamins like vitamin E could be increased in the final product (Fig. 2).

Other quality parameters evaluated during the project – shelf life, cooking quality, and organoleptic and nutritional qualities – did not show significant differences among treatments. In general, the fish from all trials were considered very fresh, and no differences were found regarding the possible effects of feed formulation on product shelf life under chilled storage. Based on sensory criteria, the shelf life on ice was six or seven days for fish from all trials and up to 11 days with fish from some lab trials. 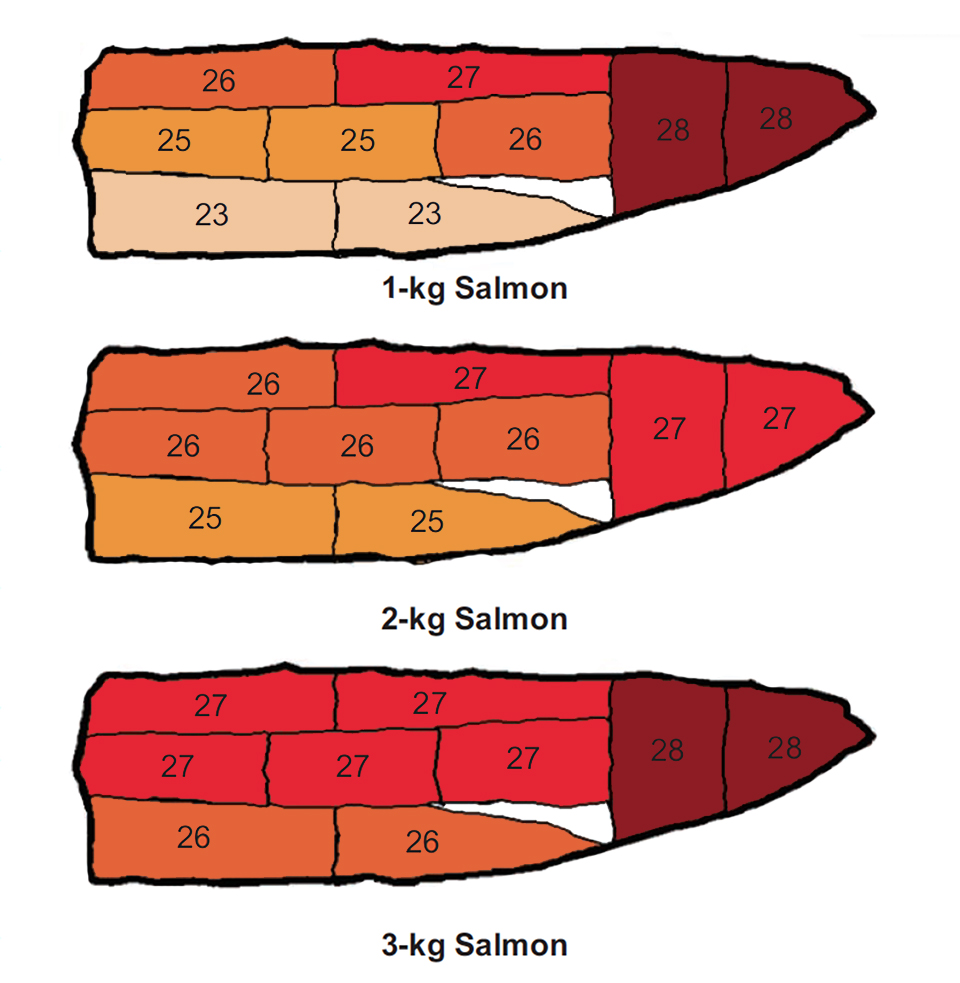