Through its Responsible Aquaculture Program, GAA has recommended a range of water quality standards for shrimp farm effluents. Part of a series, this article addresses Total Ammonia Nitrogen (TAN).

Nitrogen is a key factor regulating productivity of natural and agricultural ecosystems because it is an essential plant nutrient, a major component of protein, and often in short supply. Nitrogen occurs with phosphorus in effluents, and these two nutrients are the major cause of eutrophication of water bodies.

A complex nitrogen cycle functions on a global basis. Most pathways within the cycle (Fig. 1) can be found in all ecosystems, including aquaculture ponds.

Nitrogen is applied to aquaculture ponds in fertilizers such as urea, ammonium nitrate, and sodium nitrate to promote phytoplankton growth and enhance the production of the culture species. Feeds are commonly used in aquaculture because they allow greater production of the culture species than is possible with fertilizers alone.

Feeds usually contain 20 to 40 percent protein, and protein has an average nitrogen concentration of 16 percent. About 20 to 25 percent of the nitrogen applied to ponds in fertilizers and feeds is retained in the biomass of the culture species and removed from ponds at harvest (Table 1).

Much of the fertilizer nitrogen is converted to organic nitrogen in plankton, and the culture species excretes ammonia nitrogen that also can be used by phytoplankton. Microorganisms decompose dead plankton, uneaten feed, and feces, and the nitrogen contained in these organic materials is recycled.

The two main forms of non-gaseous nitrogen in pond water are particulate and dissolved organic nitrogen and ammonia nitrogen. Nitrification occurs in aquaculture ponds, but much of the nitrate is denitrified within the sediment. Nitrate concentrations usually are much lower than those of ammonia nitrogen.

Nonionized ammonia nitrogen is the toxic form of the compound. Concentrations of total ammonia nitrogen above 3 or 4 milligrams per liter can result in toxicity to warmwater aquatic organisms in waters with pH above 8.5 or 9.

Because of the difficulties associated with setting different standards for different production levels, GAA adopted a total ammonia nitrogen standard based on intensive shrimp culture, where concentrations often exceed 5 milligrams per liter and can even reach 10milligrams per liter. Thus, compliance to GAA’s standard will be more difficult in intensive aquaculture.

Total ammonia nitrogen concentrations in ponds change gradually over a period of days. They tend to increase as culture periods progress and feeding rates increase. Nonionized ammonia concentrations change daily as pH and water temperature increase and decrease in response to inputs of solar radiation.

It is sufficient to measure only total ammonia nitrogen in effluents to comply with GAA standards. Some effluent permits, however, require data on non-ionized ammonia.

Samples for total ammonia nitrogen analyses should be placed in plastic bottles, kept on ice, and analyzed six to eight hours after collection. A private or university laboratory can be contracted to do the analysis, but it often will not be possible to send samples within the required time period. Thus, farm technicians can make the analyses.

(Editor’s Note: This article was originally published in the August 2001 print edition of the Global Aquaculture Advocate.) 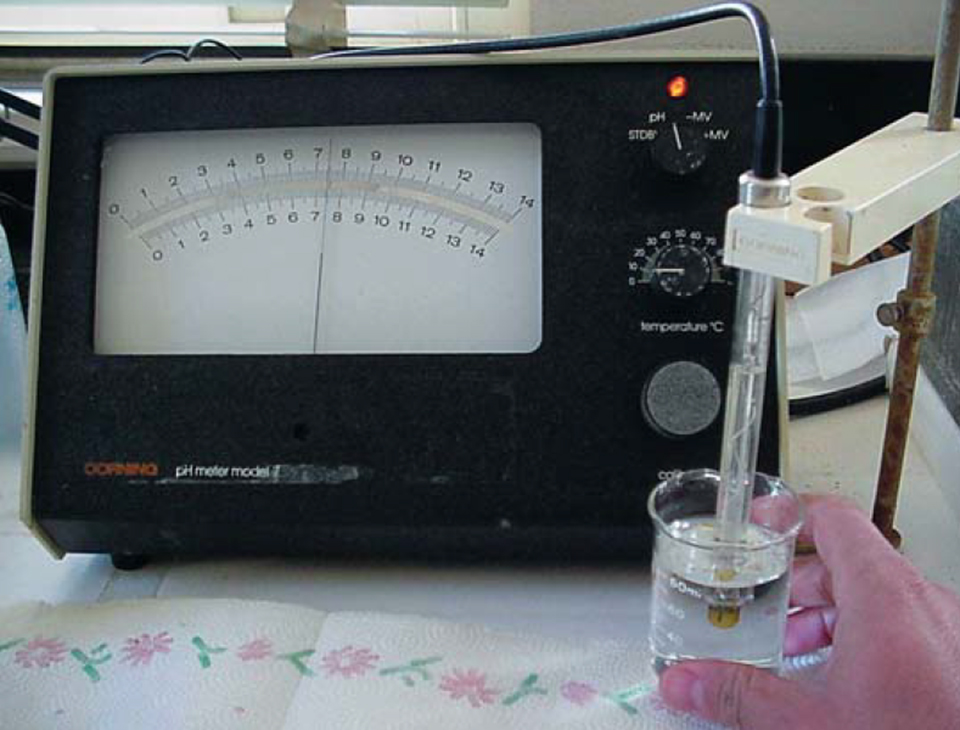 The pH of shrimp pond water is influenced by source water, pH and acidity of bottom soil, shrimp culture inputs and biological activity. 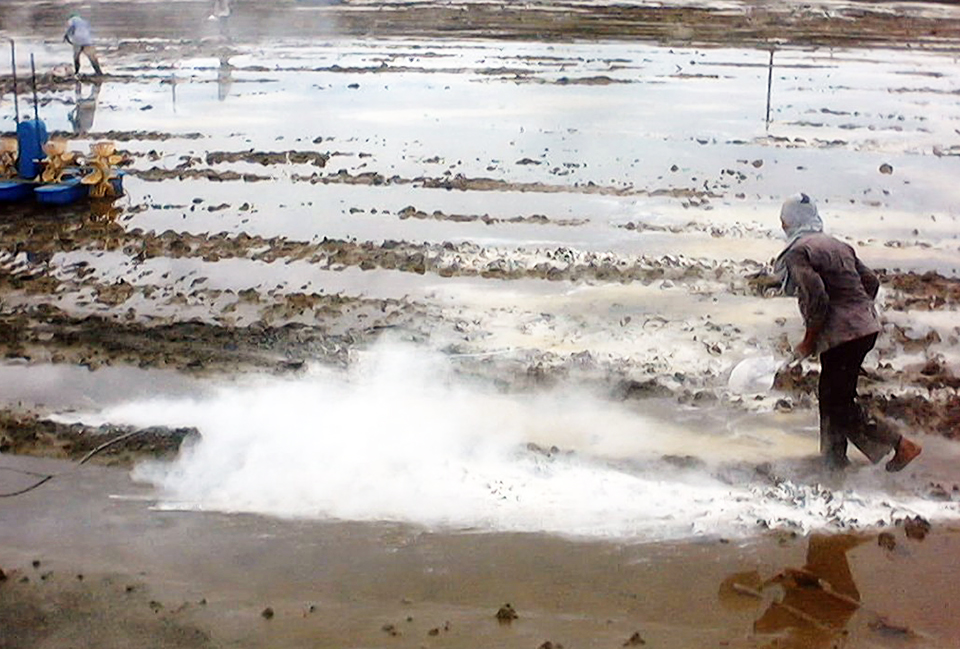 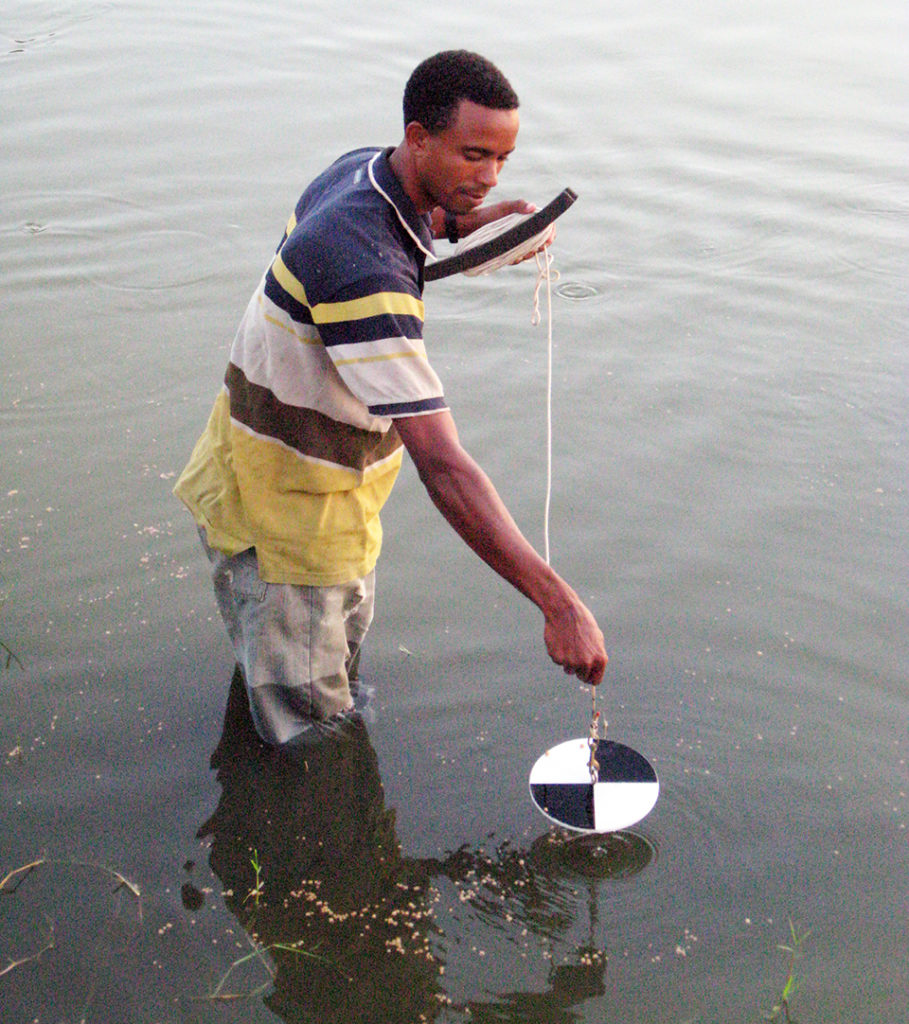 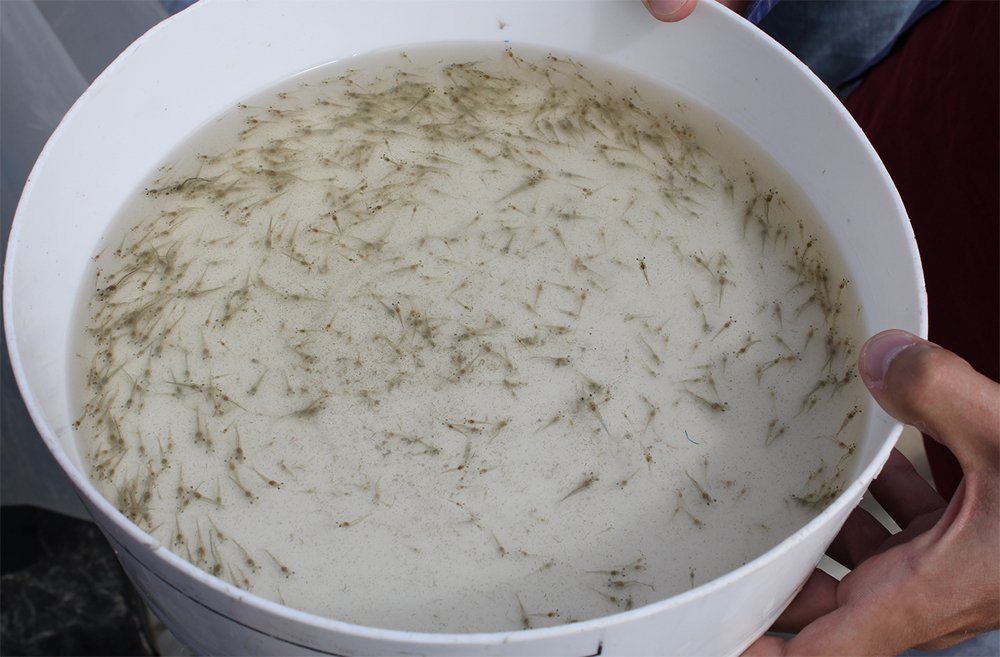 This study evaluated the impact of feeding a commercial diet, top dressed with a commercial probiotic, to Pacific white shrimp in a biofloc-dominated tank system.