Interest in inland aquaculture is growing, but inland waters can have ionic imbalances that affect the growth and survival of cultured species.

In spite of being commonplace, water has a chemical complexity that is seldom fully appreciated. Pure water probably exists only in water vapor – even rainwater contains dissolved substances. Water for aquaculture comes from surface runoff, streams, underground aquifers, reservoirs, estuaries and the sea.

Freshwaters come in contact with soils and other geological formations, and are influenced by climate, so they are much more chemically complex than rainwater. Freshwaters also vary in chemical composition from one location to another. Of course, seawater composition has developed over millions of years, and the ocean is so vast that its composition is similar from place to place.

A few anions, bicarbonate, carbonate, sulfate and chloride; a few cations, calcium, magnesium, sodium and potassium; and, largely, un-dissociated silicic acid represent the largest fraction of dissolved inorganic solids in water. The total concentration of ions in water is called the salinity and is typically reported in either milligrams per liter or parts per thousand. It is inconvenient to measure the major ion concentrations and add them to obtain salinity.

Seawater has relatively constant proportions of major ions, but freshwater and saline inland waters do not. The factor for relating conductivity to salinity in these waters ranges from about 0.55 to 0.80. Thus, conductivity is not as accurate for estimating salinity in freshwater as in seawater.

The total dissolved-solids (TDS) concentration often is measured in freshwater by filtering water through a 0.45-μ filter, evaporating the filtrate and weighing the residue. The concentrations of dissolved organic matter and unionized substances usually are low, and the weight of these substances tends to be offset by loss of carbon dioxide from bicarbonate when water evaporates.

Unlike seawater, freshwater varies greatly both in salinity and in the proportions of individual ions. The lowest salinities are found in humid areas with highly leached, acidic soils, while the greatest salinities are found in areas with limestone deposits and in arid regions. In arid regions, sulfate and chloride often are present in greater concentrations than bicarbonate. This is especially true in saline inland waters, where sodium is often at higher concentration than calcium, and magnesium and potassium often are at low concentrations.

There is considerable interest in growing marine and estuarine species in inland saline water that is an unused resource in many regions. Sometimes, inland waters have ionic imbalances that affect the growth and survival of culture species, especially shrimp.

The most common ionic imbalance is a shortage of potassium that results in an excessive sodium:potassium ratio. Also, magnesium concentration sometimes may be too low. Mineral amendments such as muriate of potash (potassium chloride) and potassium magnesium sulfate can be used to correct ionic imbalances.

Low alkalinity and hardness are associated with acidic water, and liming often is done to increase their values. Alkalinity should exceed 60 mg/L in freshwater fish culture and 100 mg/L in shrimp and other crustacean ponds. The hardness should equal the alkalinity, but greater concentrations are acceptable.

Water contains many other inorganic substances. The plant nutrients phosphate, ammonium and nitrate are usually present at low concentrations of less than 0.5 mg/L phosphate-phosphorus, 2.0 mg/L ammonium-nitrogen and 0.5 mg/L nitrate-nitrogen, but these nutrients are extremely important because of their effect on phytoplankton productivity. Concentrations of silicon, an element important for the growth of diatoms, are usually between 2.0 and 10.0 mg/L.

Nitrogen and phosphorus fertilizers often are applied to promote phytoplankton growth in ponds without feeding or during the initial stages of culture in ponds with feeding. Silicon fertilization sometimes is practiced in shrimp ponds to promote diatom growth, but the benefits of this practice are unclear.

Water also contains a multitude of trace elements. Some, such as iron, manganese, zinc, copper, boron, cobalt, molybdenum and iodine, are nutrients. Others, such as lead, chromium and cadmium, are not nutrients and can be toxic.

Of course, even nutritive trace elements can be toxic at excessive concentrations. Trace elements, particularly iron, are sometimes added to fertilizers for saline-water ponds, because a shortage of iron is thought to limit phytoplankton growth in the ocean.

pH Water dissociates slightly, yielding hydrogen and hydroxyl ions. These two ions do not contribute significantly to salinity, but pH – which is extremely important in aquaculture – is related to concentrations of these ions.

The pH is defined as the negative logarithm of the hydrogen ion concentration. Pure water has a pH of 7.0 and is considered neutral. The acidity of water increases with decreasing pH below 7, and basicity increases with increasing pH above 7.0. Most aquaculture species do best at a pH between 6.0 and 8.5.

The chemical nature of a water source has a strong influence on the suitability of the water for aquaculture. Therefore, the chemical compositions of water sources for aquaculture should be known and monitored occasionally for possible changes so that appropriate measures may be taken to remediate the water, if necessary. 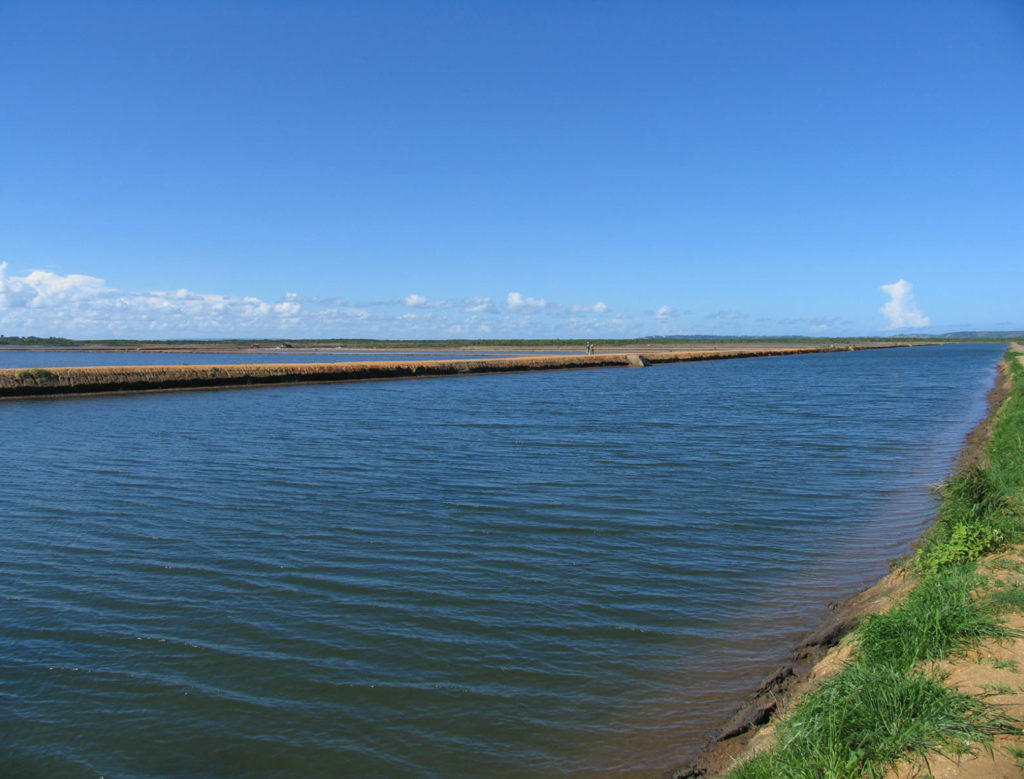 The electrical conductivity of water, usually called specific conductance or simply conductivity, is an important property of water frequently measured in aquaculture systems, and provides an assessment of the total concentration of dissolved ions in water. 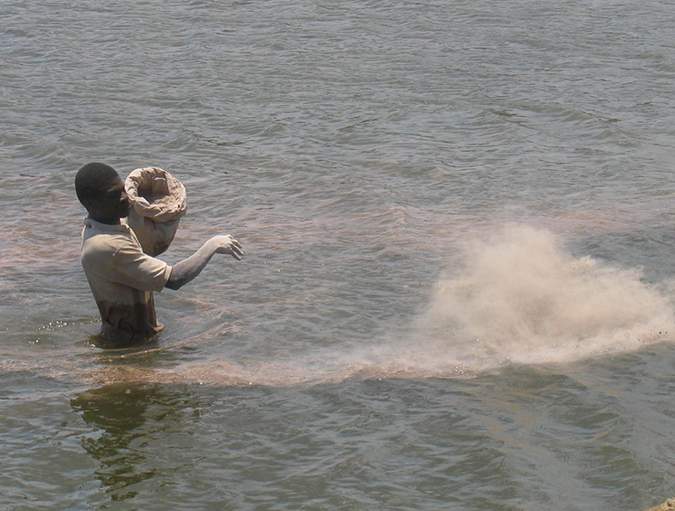