The benefits of raising different species of fish in the same culture system are well understood by commercially oriented and subsistence producers alike in Asia. The roots of this practice, however, have less to do with research on ecological balance and feeding efficiency, and more with the original river sources of fish seed and the mixed species that spawn there.

Even today, farmers often do not follow the advice of scientists and extensionists to stock the “optimal” ratios of species. This may be through lack of opportunity or choice.

Although the quantity and variety of species available is often diverse, it is rare that all the species recommended are available at the same time and place, particularly as most farmers stocking seed in a region remain dependent on purchases from itinerant traders. Local demand may also strongly favor some species over others, resulting in a very different “optimum” than one based on ecological criteria alone.

Another important factor that affects attitudes on polyculture is the very nature of culture systems, especially those located in low-lying, flood-prone ecosystems. Flooding encourages unstocked local species to swim, slither, walk, or hop from surrounding water into nearby managed systems and result in interesting polycultures. Research by the authors at five sites in southern Asia suggested that rather than disliking this invasion, some farmers actively encourage this movement of aquatic animals and manage their “culture” systems accordingly.

Several issues face these farmers. Undoubtedly, some of these “volunteer” species predate on stocked species. Others may compete for food and other resources with the stocked species. Although of lesser concern in low-density culture systems, the new species violate biosecurity and can act as vectors for disease. But farmers nonetheless trade off the benefits and deficits, and employ a variety of strategies in their management.

Flying in the face of conventional extension advice that ponds must be “sanitized” some farmers seek to enhance the diversity of the species they manage to a variety of ends. Unstocked species typically make up about 10 percent of final yields, although their value is typically greater.

Many of the species, which can typically include mollusks, amphibians, reptiles, and insects in addition to finfish and crustaceans, are traditional food items preferred over hatchery species. Evidence indicates they can be nutritionally superior and often add value, if marketed.

Stocking larger fingerlings reduces the likelihood of predation, or many farmers simply “overstock” small, inexpensive hatchery seed with the expectation that mortality will be high but that their presence will entice valuable wild fish into the system. In some places, intermittent harvests of small fish – both stocked and unstocked – for consumption or sale provide regular food and income for poorer producers and consumers.

“Product, not predator” was a phrase coined by a staff member at the Asian Institute of Technology some years ago to sum up farmers’ perceptions of the valuable but highly piscivorous snakehead. Many studies showed that even when ponds were carefully and expensively sanitized, these aquatic athletes would get into ponds and consume a portion of the smallest, least-valued component of tilapia crops.

The benefits of unconventional polyculture based around species that breed and recruit within the culture system are increasingly appreciated by some commercial farmers. Improving returns from the harvest of relatively low-value snakeskin gourami polycultures through stocking of indigenous walking catfish is a strategy fish farmers have developed in Thailand. Female Clarias macrocephalus catfish are expensive and in high demand for hybridization with African catfish.

There is interest in “self-recruiting species” because they typically do not require repeat stocking. Scientists in Bangladesh are following a strategy of developing some of the most valuable “wild” species into hatchery stocks and publicizing their benefits to a broader public.

As yields from open waters in that country fall, there is increasing value in such small indigenous species and incentive to include them within stocked polycultures. Species such as Amblypharyngodon mola, which is very high in micronutrients, now fetch higher prices than many conventional hatchery species.

Poor people are particularly threatened by the decline of such species in open waters. Conserving stocks in situ has advantages over reliance on hatchery supplies that include lower costs and a greater assurance that biodiversity can be maintained.

Aquaculture has sometimes been criticized for its potential impacts on local aquatic systems, but the authors’ research suggests that promoting the management of self-recruiting species within polyculture ponds and other household-managed water bodies can be part of an integrated strategy to maintain or even enhance biodiversity.

As aquaculture becomes more intensive, such as in the irrigated Red River Delta in Vietnam (Fig. 1), self-recruiting species become less important to stocked species. But in large, rain-fed areas of Asia with limited intensification, self-recruiting species can remain a rational part of polyculture, particularly in sites prone to flooding and among the catch of poorer households.

Carp polyculture with other species originally established through government projects has grown in India thanks to the application of advancing technologies and private financial investments. 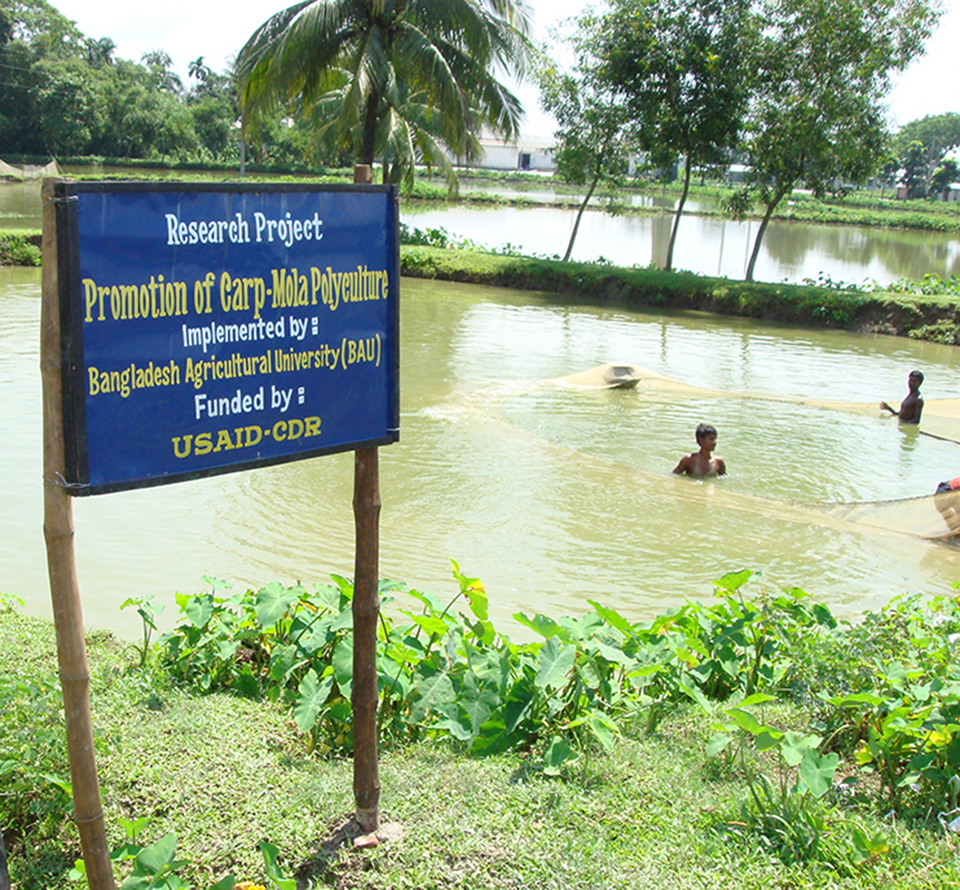 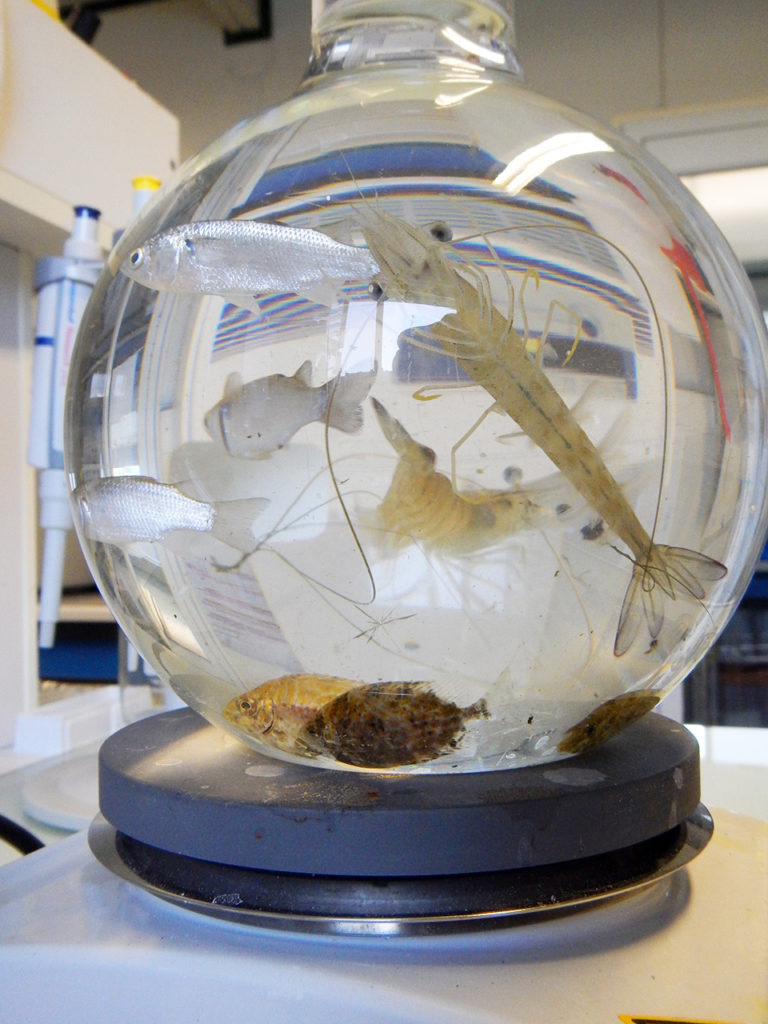 Seasonal pathologies reduce the profitability and sustainability of the shrimp-farming industry in New Caledonia. A study was therefore conducted to estimate the effects of polyculture of blue shrimp with goldline rabbitfish or mullet on production performance and environmental quality.