The Asian striped catfish (Pangasianodon hypophthalmus) is recognized as a superior aquaculture species for tropical regions, as well as a major aquaculture product on world markets. Its production has contributed significantly to world aquaculture expansion over the last 15 years. Commonly known as pangasius and also marketed as swai, this species is second only to tilapia in the freshwater aquaculture whitefish market worldwide.

The modern pangasius industry developed in Vietnam during the late 1990s. Today Vietnam produces over 1 million metric tons (MT) of pangasius  annually and exports the product to over 120 countries. Pangasius aquaculture in Vietnam represents the highest average production, ranging 200 to 400 MT/hectare/crop, ever recorded for the primary production sector while creating employment for over 180,000 rural poor and generating an export income exceeding $1.4 billion in 2010, according to author Sena De Silva.

Other tropical countries in Asia, including Thailand, Cambodia, Myanmar, Indonesia, Malaysia, Bangladesh, India and the Philippines, have successfully adopted pangasius aquaculture as a means of promoting food security and increasing aquaculture production. In some cases, pangasius has become the preferred aquaculture species due to its ease of production and tolerance of intensive culture conditions.

Despite the laudable success of pangasius in Asia, it has not, for the most part, been adopted as a culture species in tropical regions of the Western Hemisphere. This situation exists despite the fact that the United States is the largest importer of pangasius in the world, and Latin America represents a fast-growing market for the imported pangasius product.

Aquaculture in the tropics of the Western Hemisphere is principally based on the production of Oreochromis species of tilapia and the marine shrimp (Litopenaeus vanamei). Little diversification of the industry has occurred since the 1980s, and investment and industry growth have slowed. One of the best opportunities to stimulate investment and expansion of aquaculture in the West is to develop the culture of pangasius, a species with a proven track record and an existing market.

Pangasius are native to the Mekong River in Southeast Asia. They have been widely introduced as an aquaculture species throughout southern Asia from India to the Philippines. To date, there is no documented evidence of natural reproduction or significant negative ecological impact resulting from these introductions. Pangasius are known to spawn naturally in the Mekong River drainage after a spawning migration to specific historical spawning areas.

Although pangasius can grow to more than 15 kg and live for over 20 years, they are primarily benthic omnivores that consume and process organic material and sediments to obtain nutrition from detritus, microorganisms and small invertebrates that colonize the benthos.

They may consume small fish, but they are not obligate predators even at larger sizes. In trials conducted at Caribe Fisheries in Puerto Rico, pangasius in polyculture with mixed-sex tilapia were unable to control tilapia reproduction. When polycultured with freshwater prawns (Macrobrachium rosenbergii) no notable predation occurred.

In contrast to their widespread introduction in Asia, pangasius have not received similar acceptance in the Western Hemisphere. Perhaps in response to the impacts of tilapia on native fish and river shrimp in Latin American and Caribbean countries, few governments have been interested in approving the introduction of pangasius.

In this region, pangasius have been historically available in the aquarium trade. Small specimens are normally supplied from Thailand or Malaysia and marketed as iridescent sharks, striped catfish or pangasius catfish.

Pangasius are currently approved for culture in Puerto Rico, the Dominican Republic, Haiti, Jamaica and Costa Rica. The fish are cultured as an ornamental species in Mexico. Pangasius are also undoubtedly present in other Latin American countries, as aquaculturists throughout the region are interested in the potential of this species.

At a time when the need and opportunity for aquaculture expansion and diversification are recognized and proclaimed by the Food and Agriculture Organization of the United Nations and the World Bank, among others, the prohibition of pangasius for aquaculture in many Western tropical nations would appear to merit reconsideration. Using due caution and established protocols for biosecurity, pangasius deserve the opportunity to be evaluated as a new culture species in the Western Hemisphere.

Pangasius is a riverine species whose natural reproduction is dependent on specific environmental stimuli in a specific environment. In the absence of these exogenous factors, pangasius reach spawning condition but do not reproduce. For aquaculture purposes, pangasius are stimulated to reproduce by hormone-induced ovulation, a technique also used for other riverine species, including pacu, Asian carps and the salmonids.

In many tropical regions of the Caribbean and Latin America, where tilapia is the principal culture species, the technique of hormone-induced spawning is not well known or utilized. Expansion of pangasius culture into these regions will require aquaculturists to acquire the skill and knowledge required for hormone-induced reproduction.

Pangasius are highly fecund – a female can produce as many as 60,000 eggs/kg body weight. Normally, broodfish of 2- to 4-kg weight are utilized for reproduction. The eggs are adhesive and hatch within 32 hours at a temperature of 28 degrees-C. The larvae swim freely within hours after hatching, but do not feed until 32 to 48 hours post-hatch. Larvae are approximately 3 mm in length at hatching and require small zooplankton, principally rotifers or Daphnia, as feed during the first seven to 10 days of development. This stage is considered the most critical in the production of pangasius.

Within 32 hours after hatching, pangasius larvae are normally moved to rearing ponds that have been fertilized to encourage development of the natural feed required by the larvae. Larvae mortality is high if zooplankton of the correct size and type are not available as a first food. In addition, aquatic insect larvae that develop in the ponds are significant predators of larval pangasius.

The fish larvae consume newly hatched artemia, although early-stage cannibalism is a problem if they are held at high densities in hatchery tanks. After 10 to 12 days, pangasius fry will begin to feed on a powdered commercial diet. Fingerlings can be harvested in 30 to 45 days at approximately 1 g in weight.

Pangasius are by nature schooling fish that tolerate high densities and intensive culture conditions. In addition, they can obtain oxygen from the atmosphere by utilizing their swim bladders as primitive lungs. This eliminates the risk of catastrophic fish kills due to pond oxygen depletion as well as the need for supplemental pond aeration.

In Vietnam, pangasius are frequently cultured in ponds 3 to 5 meters deep, which produce yields of 200-400 MT/ha. Under such intensive culture conditions and without aeration, abundant water exchange is used to flush metabolites and wastes from the ponds. Feed-conversion ratios for pangasius are typically reported at around 1.6 when utilizing a 28 percent protein feed and a grow-out period of six to eight months following a one- to two-month fingerling production phase. Pangasius are normally harvested at a weight of 1.0 to 1.5 kg.

At this time, all the pangasius on world markets is supplied by Asian countries, principally Vietnam. Considerable quantities of pangasius are consumed by Western nations, including those of the European Union, the Caribbean and Latin America, and the United States. Despite the widespread acceptance and commercial success of pangasius, there have also been allegations of contamination of product from Vietnam due to pollution of the Mekong River.

Although most of these accusations are unproven or scientifically unfounded, consumer awareness of the issue has been raised. In any case, it is important to emphasize that the pangasius itself is not the issue of concern, but more so the product source or culture environment.

These circumstances create an opportunity for developing new regional sources for pangasius in Latin America and the Caribbean, as well as the potential to enter the U.S. market with fresh pangasius, a market which to date has not been tapped. It is likely, at least initially, that production costs for pangasius in tropical regions of the West would be higher than for Asian products.

This is analogous to the situation with tilapia. Western producing nations are able to compete favorably with this species, and similar circumstances would likely develop with pangasius. 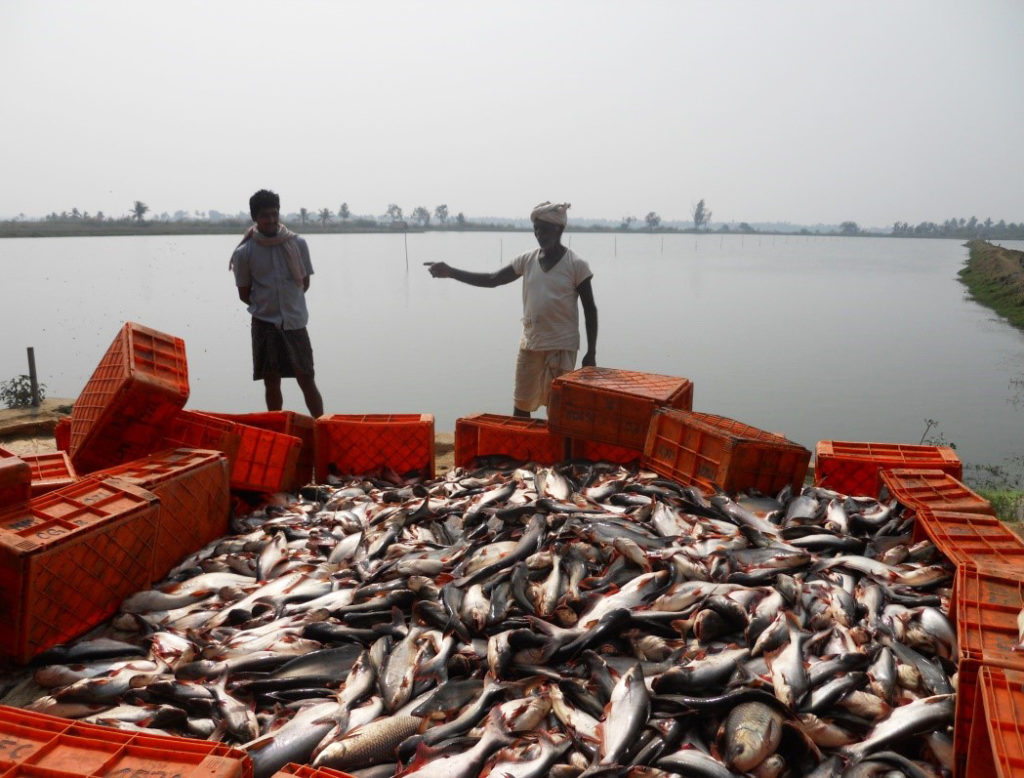 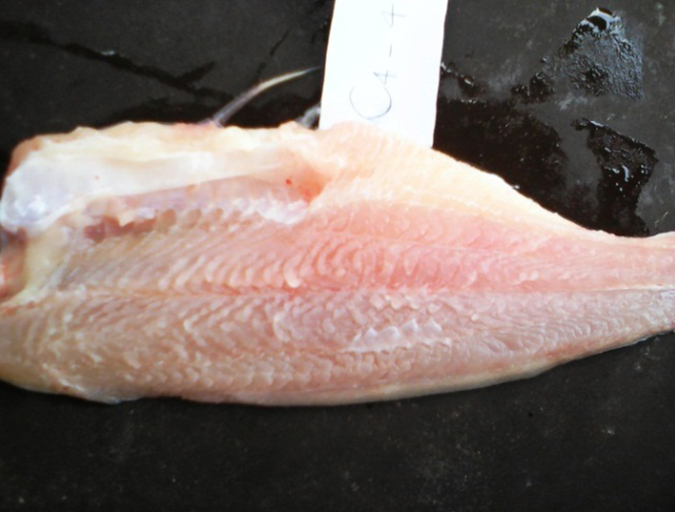 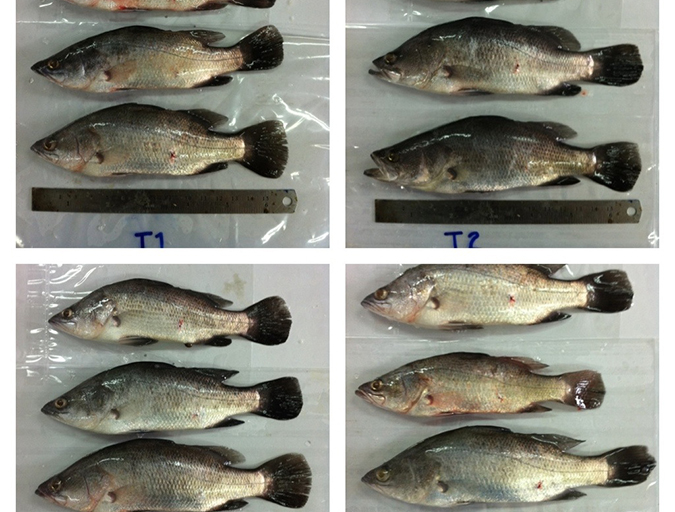