The stunning growth of Vietnam’s pangasius industry over the past decade and a half has captured the attention of bargain-hunting seafood buyers around the world. The catfish species is one of the most affordable whitefish options on the wholesale market, available for $2 per pound, or less, for frozen fillets.

Also taking notice of the boom were a host of NGOs hoping to steer the burgeoning industry to more sustainable practices, a largely successful endeavor by many accounts. But along the way, as the incredibly affordable product changed the dynamics of international seafood trade, it also became fodder for mass media reports preying on consumer fears about the safety of the foods they feed their families.

Fair or not, the “everyday” fish came to symbolize the commodity-driven seafood industry of the 21st century and the often-contentious climate surrounding its trade.

Producers of the controversial catfish species Pangasius hypophthalmus (also known as swai) made for easy targets, given their sector’s previously lax regulations, even laxer payment terms and the competitive industry-wide thrust for greater volumes, which have surged above 1 million metric tons annually. Despite strengthening footholds in various markets, the industry’s rapid and aggressive ascension left it vulnerable to harsh criticism:

With pangasius on an upstream swim toward wider consumer acceptance, researchers at Wageningen University in the Netherlands sought to contextualize to the conversations playing out in the media. After evaluating the toxicological risks of consuming pangasius, they then compared those risks to toxicity claims made in a selection of negative media reports.

Their results show a drastically unbalanced accounting of the safety of one of Vietnam’s top exported goods, according to Simon Bush, a social scientist and a lecturer for the university’s environmental policy group. In fact, the toxicological risk assessments the researchers conducted did not support any of the toxicological risks suggested in the media. The broad scope of negative media attention, Bush and fellow researchers determined, was fueled by mistrust of the Vietnamese industry, wider health concerns associated with seafood and trade protectionism.

“Vietnam faces a lot of pushback from a lot of the markets it tries to enter,” Bush told the Advocate. “Cashews, shrimp, pangasius, coffee — huge, rapid growth and expansion of these industries. And in the markets they’re entering they’re able to undercut prices in the markets they export to.”

For the past seven years, Bush has studied pangasius and the claims made about the industry in the media. His research team’s calculations have found “negligible” impact in terms of pollution and they’ve also refuted claims of slave labor.

Different cultures have different perceptions of risk. Therefore, their acceptance of risk will ultimately be different as well.

With their most recent study – a draft of which they have submitted to the journal Comprehensive Reviews in Food Science and Food Safety – Bush and fellow researcher Albertinka Murk, an environmental toxicologist at Wageningen, sought to separate hazard from risk. As Bush explained, everything we eat is a potential hazard. But what is the properly contextualized risk associated with that hazard? That’s where a lot of these so-called scares die a quiet death.

“Different cultures have different perceptions of risk. Therefore, their acceptance of risk will ultimately be different as well,” said Bush, who has written or co-authored several papers on Vietnam pangasius, including “Whitefish wars: Pangasius, politics and consumer confusion in Europe” (Elsevier, 2011), which documented the validity of media claims and the politicized nature of risk and uncertainty.

Additionally, outside events can have an outsized influence on risk perceptions: Take, for example, the March 2011 Fukushima nuclear plant disaster in Japan and the resulting radioactive contamination of the surrounding water.

As Bush explained, everything we eat is a potential hazard. But what is the properly contextualized risk associated with that hazard? That’s where a lot of these so-called scares die a quiet death.

“Shortly after, the [radiation] levels in Japan were a hundred times lower than in the U.S., and the U.S. levels are still considered safe,” Bush said of the resulting hype that followed the devastating earthquake and tsunami that killed more than 15,000 people. “It’s such a politically driven process that the only point of action the Japanese government could make, was that it was nonsense. ‘How close to zero do you have to go?’”

The Wageningen pangasius study came to similar conclusions. The Murk and Bush team determined – based on the highest contaminant levels ever reported for pangasius exported from Vietnam – that an average human could safely consume an impossible amount of swai (up to 116.7 kilograms per day of fillets contaminated with pesticides and 303 kg per day of fillets with traces of preservatives or antibiotics) before having any adverse effects.

Cross-referencing pure toxicological assessments with media reporting is unique, and proved to be enlightening to the researchers.

“It’s a very big thing about Wageningen. It’s very much an interdisciplinary place,” Bush agreed. “We think it’s really valuable. We hadn’t had that rigorous interdisciplinary analysis before, nor a joint interpretation of what the results might mean for the industry. Everything is a hazard but what’s really a risk? The numbers speak for themselves.” 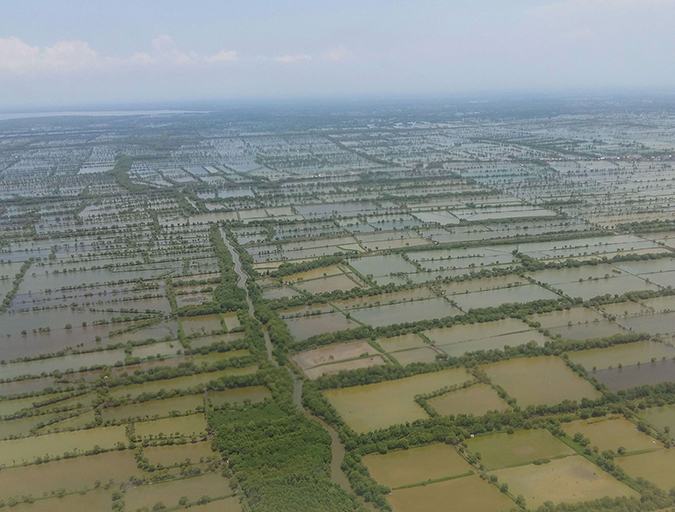