Shanghai may not top many of the “best food city in China” lists that food-focused travelers can find on the Internet. But China’s largest city is becoming quite a competitive restaurant scene: Major hotels with internationally staffed kitchens are mixing it up with a legion of rising local stars and street food vendors with some 14 million mouths to feed. China’s rising middle class is dining out more often and the foodservice industry there is evolving as a result.

Rolf Knecht, a Switzerland native who’s lived and worked in Shanghai since 2006, has seen China’s rapidly changing economy up close and is excited about the city and its culinary landscape – both what’s on the plates and what’s on the minds of his fellow chefs. Knecht will speak at the upcoming GOAL (Global Outlook for Aquaculture Leadership) conference in Guangzhou, China, during the event’s Marketplace Roundtable discussions. His panel is scheduled for Wednesday, Sept. 21, Day 2 of the event.

Hyatt has pledged, by 2018, to source more than 50 percent of its global seafood “responsibly,” including a commitment to certification programs. Knecht says sustainability awareness is on the rise throughout Asia, not just at resort hotels frequented by tourists.

You’ve been a Hyatt chef in several countries in Asia – Japan and Indonesia in addition to your current position in China. What are some of the key differences in guest expectations at the three different locations?

In Japan, everything has to be 100 percent accurate – if it is described in a certain way then it has to be presented that way. People are way more health-conscious and service-oriented. In Indonesia, everything is a bit more relaxed and people still see imported food as a status symbol, although that is starting to change now, especially with the younger generation. In China, people are extremely value-driven and are very keen on trying out new things – which is good but makes it hard to create a loyal following.

I have learned a lot about making responsible choices and I have made drastic changes to my purchasing patterns no matter in which property I work. Sustainability for me has become a key factor in making purchasing decisions.

At U.S. restaurants, it’s somewhat common for guests to ask servers about the origins of the food, with sustainability in mind. Is that common in Asia or at your restaurants?

It is something that becomes more and more important. At my previous property in Indonesia, this was one of our unique selling points. A lot of our produce was locally grown by farmers, fish came from fishermen in Lombok and so on. People really appreciated that and wanted to learn more. And this then led to people asking more and more questions about where food comes from. This also slowly starts in China now.

How do you inspire confidence in your servers to handle such questions?

Training. A lot of training. Role playing, for example. Inviting the farmer to the restaurant to do a farmers’ dinner instead of the same boring wine dinners. It is very much hands-on and driven by me. I spend a lot of time on the floor talking to guests and taking my team by the hand. Also lots of guiding tastings, where we educate the team on taste and differences. One step at the time.

There are many dining opportunities in the Grand Hyatt, some nine different places to eat. Which one is the “signature” or “flagship” restaurant for the hotel? Which one demands the most of your time and effort?

Our signature restaurant is Club Jin Mao, which features local Shanghai food – most ingredients are locally sourced and of great quality. Which makes for great food as we are lucky enough to have some of the best-known local chefs working with us. Being such a landmark building in Shanghai just screams for a local signature restaurant. We also have a dining floor on the 56th, 55th and 54th floors, which demands a lot of attention. Myself, I try to spend my time equally in all kitchens to work together with my chef de cuisine and instill a sense of ownership and help them grow – only this will allow us to further grow.

Your hotel’s restaurant menus vary widely in how they feature seafood. Kobashi is a Japanese-style restaurant, with sushi and grilled fish. Grand Café, Canton and Club Jin Mao feature menus that change every day. Cucina promotes Italian cuisine and The Grill has a very Western style menu with steak and lobster. Describe the challenge of procuring seafood for such a diverse roster of restaurants.

Sourcing seafood for operation like this is challenging as it requires many different kinds of seafood – local seafood for local dishes, imported seafood for kobachi and all the others. To manage the supply chain and costs is not easy and requires a lot of attention and passion to ensure we do not serve endangered fishes, which are still somewhat popular here.

GAA commissioned a survey of U.S. foodservice professionals and found that a majority of working chefs with purchasing authority lack seafood expertise, and don’t recognize major eco-labels (MSC, BAP, etc.). How would you describe the level of knowledge among the chefs you have worked with in Asia, as it pertains to sustainable seafood and all the various challenges that presents?

Speaking for Hyatt chefs I can certainly say that we are all very aware as Hyatt is committed to a sustainable seafood procurement. Chefs in Asia tend to be a bit more aware of this as seafood is a dominant source of employment here. And most of us have visited places where we saw empty fishing boats, dirty beaches or read newspaper stories of fishing issues.

I am not sure how aware chefs are of the Marine Stewardship Council (MSC), the Aquaculture Stewardship Council (ASC) and Best Aquaculture Practices (BAP) and others, though – I think this is still something that those associations could improve. Often they underestimate the importance of reaching out to chefs and convincing them that sustainability does not equal rubbery, overpriced fish.

That survey also showed that foodservice professionals, by and large, trail retailers (supermarkets) in terms of knowledge about sustainability and production methods like aquaculture. But in China, eco-labels have very little traction in the marketplace, whether the seafood is sold at a supermarket, in a restaurant or online. Do you see sustainability certification becoming a more important criterion for seafood buyers in Asia in the future?

Absolutely. China and other Asian countries are becoming more and more dependent on imports – and more countries demand such certification. A lot of up-and-coming local chefs are also very keen on sourcing locally and this has become something of a pride thing now. People also become more and more aware of environmental issues and such labels play an important role. A lot of buyers I speak with also start to see the impact illegal or large-scale fishing can have – and they also start to see that chefs are willing to pay for certified products.

As part of Hyatt’s sustainability commitment, the company launched a global training program for culinary and purchasing colleagues. Can you tell me more about what you learned through this program and how your purchasing patterns have changed in recent years? What further changes will the company be making?

For me it was certainly an eye opener to learn about the size of fishing trawlers that fish illegally. The size of farm operations and the use of chemicals in farms – I have learned a lot about making responsible choices and I have made drastic changes to my purchasing patterns no matter in which property I work. Sustainability for me has become a key factor in making purchasing decisions.

What seafood product (species, such as shrimp or salmon) do your restaurants sell the most of, and why is it so popular?

Shrimp is very popular – always has been here in China. To be honest, I am not entirely sure why. Salmon is very popular as well as is Soon Hok and other fishes that steam well.

Food safety has long been a issue in China. Do you agree with that, or has the situation been exaggerated somewhat in the media?

Food safety is an important issue anywhere in the world. There certainly has been a fair share of issues with tainted milk and other foods here in China. I think the country is making progress and things are improving.

What has your hotel done to ensure the safety of the food (particularly the seafood) served at its restaurants? What resources has Hyatt leaned on to inspire confidence in your food?

We are ISO22000:2005 certified and as such take food safety very seriously. We have two hygiene managers on site and our own lab where we analyze food. Seafood safety is being ensure by us working together with MSC/ASC and BAP to ensure our seafood is coming from reputable, and where possible, certified sources.

We do a lot of vendor visits as well to ensure food is safe. We instill confidence in our food by bringing the chefs to the front. All of our kitchens, except the two Chinese restaurants, are show kitchens and our guests can see with their own eyes how we prepare their meals. And they can talk with our chefs and our servers at any time to see where the food comes from.

Off the Knife with Bruce Mattel, Culinary Institute of America

Our new interview series with foodservice professionals begins with Bruce Mattel, senior associate dean of culinary arts at The Culinary Institute of America (CIA). We’ll pry open the minds of some notable chefs who know seafood and are making statements about sustainability in their restaurants and beyond. 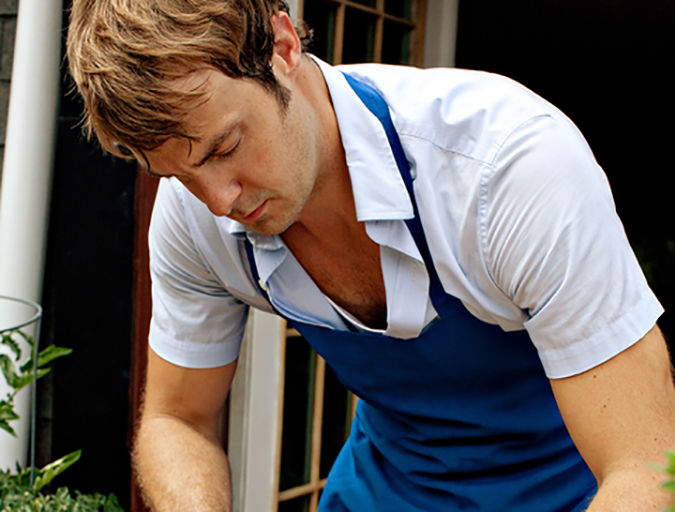 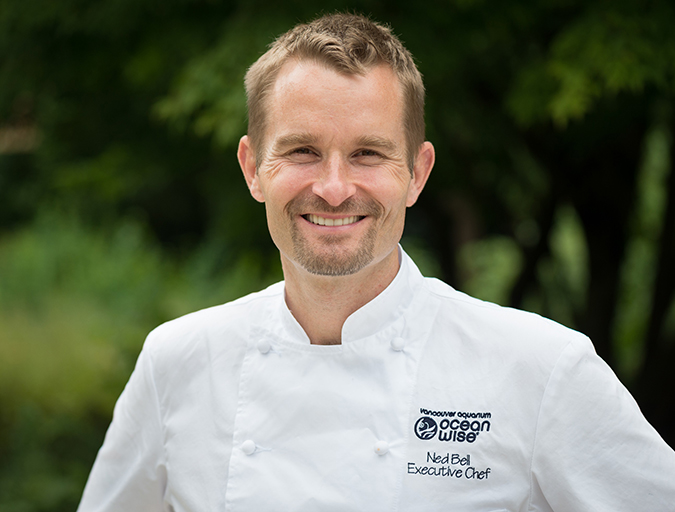