As befits a futuristic eco-city, there are very bold, very green plans for Neom, Saudi Arabia’s mega-territory that’s being built in a vast desert area alongside the Red Sea.

The estimated (U.S.) $500 billion project, backed by the Private Investment Fund of Saudi Arabia and other local and international investors, is part of Saudi Arabia’s broader Vision 2030 plan, launched in 2016 to reduce the country’s dependence on oil and to diversify its economy.

One of Neom’s stated aims is to be the most food self-sufficient city in the world, to which end it intends to integrate new and existing technologies capable of transforming the way that food is grown. By the beginning of the next decade, the aim is to be producing around 600,000 metric tons (MT) of food. Alongside high-tech commercial greenhouses, vertical farms and more, aquaculture is to play a key role in the city’s sustainable and profitable food system vision, with 3,000 hectares dedicated to fish production facilities.

With regards to species, the focus will be on native species, including yellowtail kingfish, meagre and sobaity, a type of sea bream.

“At Neom, we believe the future starts at home,” Motamayor told the Advocate. “These species are local to the Red Sea, helping us maximize local sustainability and minimize emissions. Our aquaculture farms are also designed to serve as a hub for the research and production of alternative feeds, including microalgae and insect protein.”

Motamayor explained that Neom plans to lead a Red Sea marine species biotech development program that will serve as an innovation center for the MENA (Middle East/North Africa) region in aquaculture genomic research and development.

To reach this goal, two things are needed: great infrastructure and strong partnerships; and both are well under way, he said. On the infrastructure side, Neom is building RAS indoor tanks, recirculating ponds, offshore and nearshore cages, hatchery and nursery facilities; algae and insect production plants and seafood processing facilities.

“All our infrastructure is designed to reach the highest biosecurity, sustainability and environmental standards, including maintaining a zero-discharge policy,” he said. “Simultaneously, we’re developing strong partnerships with leading biotech companies in the region and worldwide, exploring technologies including pioneering genomic selection.”

As Neom strives to be at the forefront of development and sustainability, it will be a destination for those who want to be part of a new model for sustainable aquaculture and marine conservation.

Across both areas of development, the focus is on cutting-edge innovation and sustainable practices, stressed Motamayor: “We’re proud to be at the vanguard of new technologies in aquaculture, including innovations in digital farm management, biological sensors to measure fish health, precision feeding, integrated multitrophic and closed cage systems, and AI-assisted behavioral monitoring tools.”

On the production side, the region offers good conditions for aquaculture, including cool waters and natural diversity. At the same time, there’s the right mindset and collaborative ethos to help define the future of seafood, Motamayor offered.

“As Neom strives to be at the forefront of development and sustainability, it will be a destination for those who want to be part of a new model for sustainable aquaculture and marine conservation,” he said.

Meanwhile, Saudi Arabia’s fish consumption has been predicted to soar from 9 kg per person currently to 20 kg per person by 2030, with consumers increasingly following the global trend towards lower-emission food groups.

With regards to challenges to establishing the farms, Motamayor said that for “thorough compliance” with the Neom marine conservation regulations, sea cage production needs to transition from using non-Red Sea species to native species, which requires the adaptation of native species to sea cages to be accelerated.

“We view this as ultimately more of an opportunity than a challenge, as there is so much potential in native species,” he said. “At Neom, we’re building farms today to meet the standards of tomorrow. Our goal is to maximize sustainability and prepare to feed future generations. This is a long-term plan, but the work starts now.”

Fish feed is a good example of this, he suggests, with the current estimation being that by 2030, the region’s aquaculture production will require a yearly supply of at least 30,000 MT of high-quality protein meal (equivalent to fishmeal).

“One of our main strategic approaches in Neom is to create synergies among all economic sectors and develop a truly circular economy,” said Motamayor. “Therefore, our Neom Aquaculture team is bringing together three technologies to produce local, high-quality sustainable protein, to substitute fishmeal in our aquaculture feed: insect bioconversion, single-cell protein and algaculture.”

There are also multiple-step strategies for processing facilities. Initially, the focus is on the primary processing of whole fish and once these are at capacity, it’s expected that the region will produce up to 31,000 MT of whole fish annually.

Secondary processing facilities will be established in the next phase of the plan. These will take advantage of innovations including robotics, AI-driven autonomous sorting and cold-chain technologies. At capacity, these are expected to produce up to 24,000 MT of processed fish per year.

Besides meeting local food needs, Motamayor believes Neom could potentially serve as a “technological cluster” – essentially “a logical testbed” for companies looking to develop the products and services that will become mainstream globally in the upcoming years as countries devise and enforce stricter sustainability regulations in response to climate change and shifting consumer demand.

“Current agricultural methods were developed for optimal growing conditions. Due to global warming, more and more regions are now suboptimal – too hot, too dry, and too water-scarce to effectively utilize these methods. And this challenge is deepening,” said Motamayor. “Marginal land, water scarcity and a harsh environment can be an asset, as direct exposure to and direct experience working in suboptimal climates is a great advantage. Increasingly, regions are becoming suboptimal environments and many places in the world will face similar conditions due to climate change.” 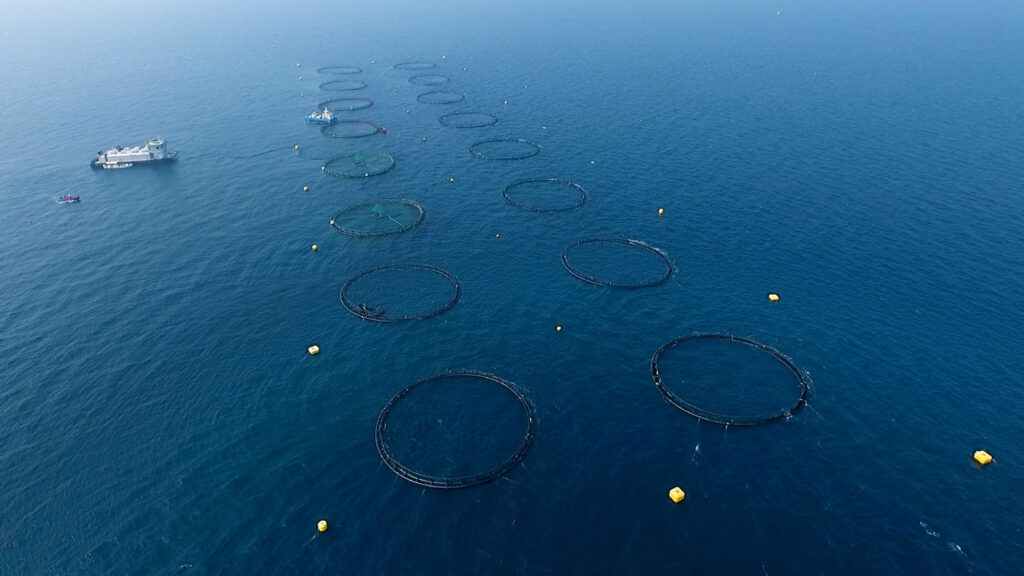 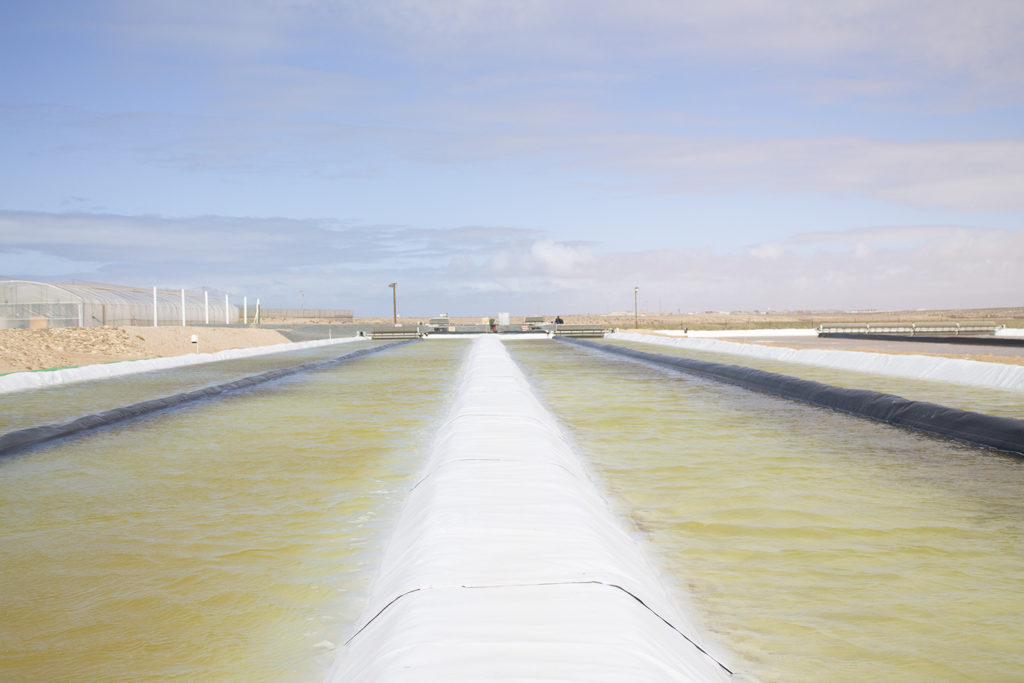 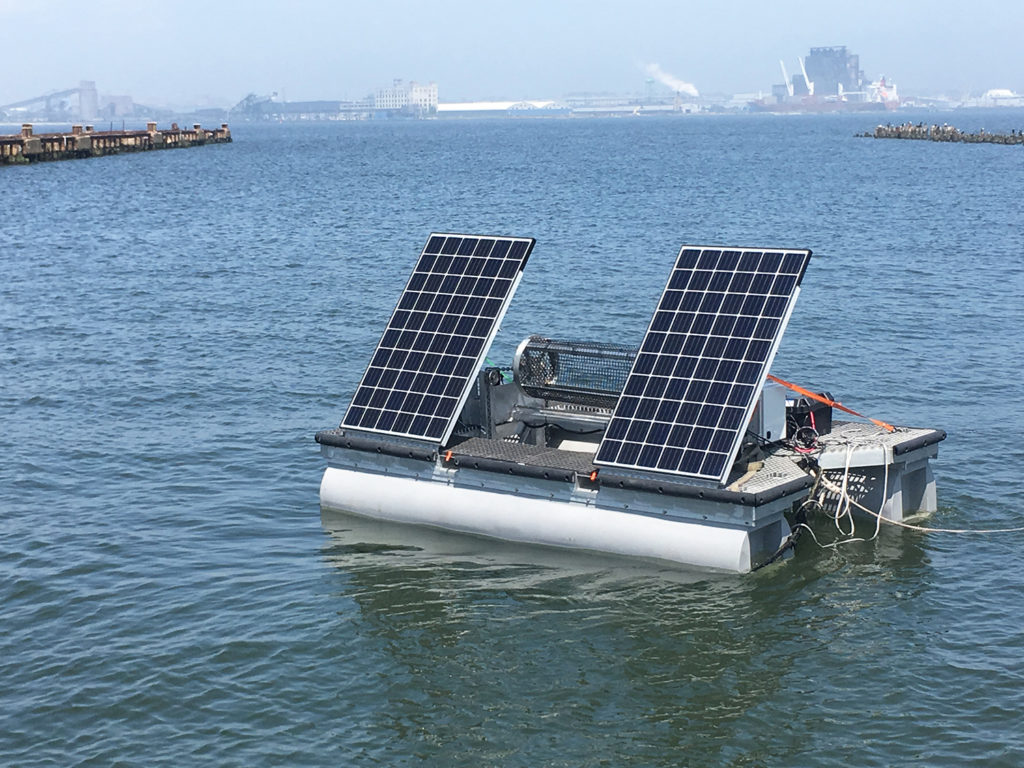 A look at three aquaculture companies that are figuring out how to solve their production problems by using solar power in innovative ways.