Several studies have reported the benefits of supplementation with various organic acids or their salts in fish diets, although negative results have also been documented and reportedly related to differences between species and/or rearing conditions. Fumaric is a weak organic acid that is generally stable at room temperature, has a medium solubility in water, and is odorless, non-toxic and naturally found in plants and fungi.

To our knowledge, fumaric acid (FA) has only been evaluated as a single additive in African catfish diets or as part of dietary organic acid blends for yellow catfish. In contrast, fumaric acid is one of the most widely studied organic acids for terrestrial animal feeds, especially for swine and broiler chickens.

This study assessed the effects of inclusion of fumaric acid at 0, 5, 10, 15, 20 and 30 grams per kg in diets (350 g/kg crude protein, 3.4 kcal digestible energy per gram) of Nile tilapia juveniles. Fish were provided by the Reference Center for Aquaculture and Fishery Resources (Porto Real do Colégio, AL, Brazil) of the Companhia de Desenvolvimento do Vale do São Francisco e Parnaíba (CODEVASF, São Francisco and Parnaíba Valley Development Company).

Tilapia juveniles were distributed in three 40-liter aquaria per treatment (13 fish per aquaria) in a completely randomized design. Over 35 days, the fish received the experimental diets three times daily to apparent satiety. Samples of tissues and intestines were collected weekly for various laboratory analyses.

For detailed information on the experimental design and fish husbandry; microbiological and histological sampling and processing; proximate and chemical composition analyses; and calculations and statistical procedures, refer to the original publication.

Our results showed that dietary supplementation with fumaric acid clearly improved the growth performance, feed efficiency, and protein efficiency ratio of Nile tilapia juveniles. The greatest difference was found for weight gain, with values increasing proportionally to fumaric acid supplementation of up to 14 to 15 g/kg, followed by a reduction thereafter.

The benefits of dietary supplementation of several organic acids in a pure form, such as salts or blends in aquafeeds, have been reported for many fish species. These gains are usually a result of a complex group of factors such as the pH reduction in the gastrointestinal tract favoring the activity of digestive enzymes, and consequently the digestibility of nutrients; antimicrobial activity of organic acids; and protective effects on intestinal epithelium, regardless of the intrinsic properties of the organic acid evaluated. Thus, it is necessary to determine the optimum dietary supplementation levels of fumaric acid for different fish species to maximize the benefits of this feed additive.

In our study, dietary supplementation greater than 15 g/kg of fumaric acid tended to decrease productive performance as well as feed and protein use by the Nile tilapia juveniles. The negative impact of organic acid supplementation on fish growth can be attributed to a reduction in feed intake due to acidification of diets, which renders them less palatable. However, the feed intake of fumaric acid diets by Nile tilapia was similar to that of the non-supplemented diet, despite fumaric acid having a tart flavor. In fact, tilapia has been shown to adjust the ingestion of diets with a high range of supplementation of several organic acids or their salts.

In swine production, fumaric acid is an energy source readily available for use by the intestinal mucosa, promoting a faster recovery of gastrointestinal cells and increased absorptive surface of the gut. This is a plausible hypothesis to explain the increase in the height and width of intestinal villi in Nile tilapia fed fumaric acid-supplemented diets. And other researchers have reported that Nile tilapia juveniles given malic acid-supplemented diets showed higher whole body, muscle and liver lipids, a common response to increased availability of dietary energy.

Additionally, the antimicrobial activity of organic acids favors the development of non-pathogenic microorganisms, forming a protective barrier that assists in the development of the villi and enables greater absorption and utilization of nutrients; thus, the improvement of growth, feed and protein use in Nile tilapia is a result of a multifactorial set of benefits provided by fumaric acid supplementation.

We clearly demonstrated positive results of fumaric acid-supplemented diets up to 15 g/kg in our trial. However, higher inclusion levels of this organic acid led to decreased performance parameters in Nile tilapia juveniles. The effects of overdoses of organic acids (>10 g/kg) in aquafeeds have rarely been studied and deserve further research. For example, other scientists have reported that clinical signs of liver damage (necrosis, sinusoid disorganization and hemorrhage) were more apparent in Nile tilapia fingerlings fed sodium citrate-supplemented diets (20 and 40 g/kg), as were decreased growth and feed efficiency. We did not observe any pathological signs in the intestinal villi of our Nile tilapia regardless of fumaric acid supplementation.

Among the bacterial agents in aquatic ecosystems, Gram-negative Enterobacteriaceae can be found in the skin, gills, and intestines of fish. Some species – such as Enterobacter spp., Klebsiella spp., Escherichia coli, Salmonella spp. and others – are important opportunistic pathogens that can cause intestinal disease. In our study, the addition of fumaric acid to the diet inhibited the growth of enterobacteria in the intestine beginning on day 28, independent of the supplementation level, thereby constituting a viable strategy for the exclusion of potentially pathogenic bacteria from the animal microbiota.

The benefits of dietary supplementation with organic acids are commonly known in farm animals, especially swine and poultry, but these compounds are rarely exploited as additives to aquafeeds. Fumaric acid and its salts are among the most used organic acids in terrestrial animal feeds, but research with fish diets is limited. 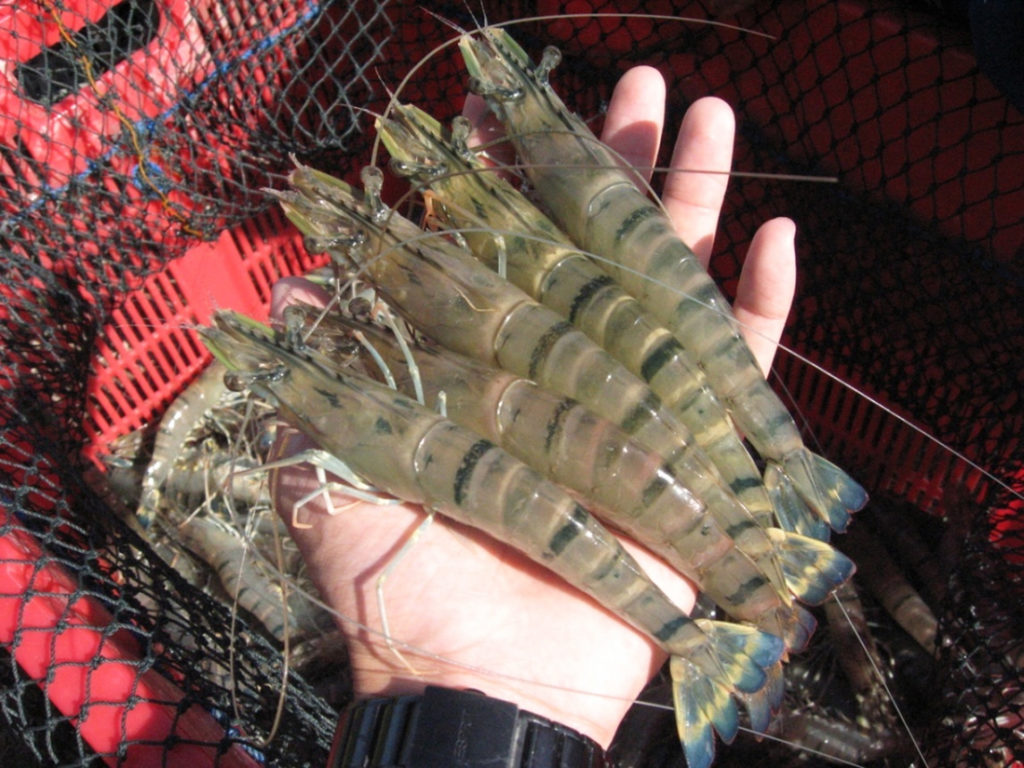 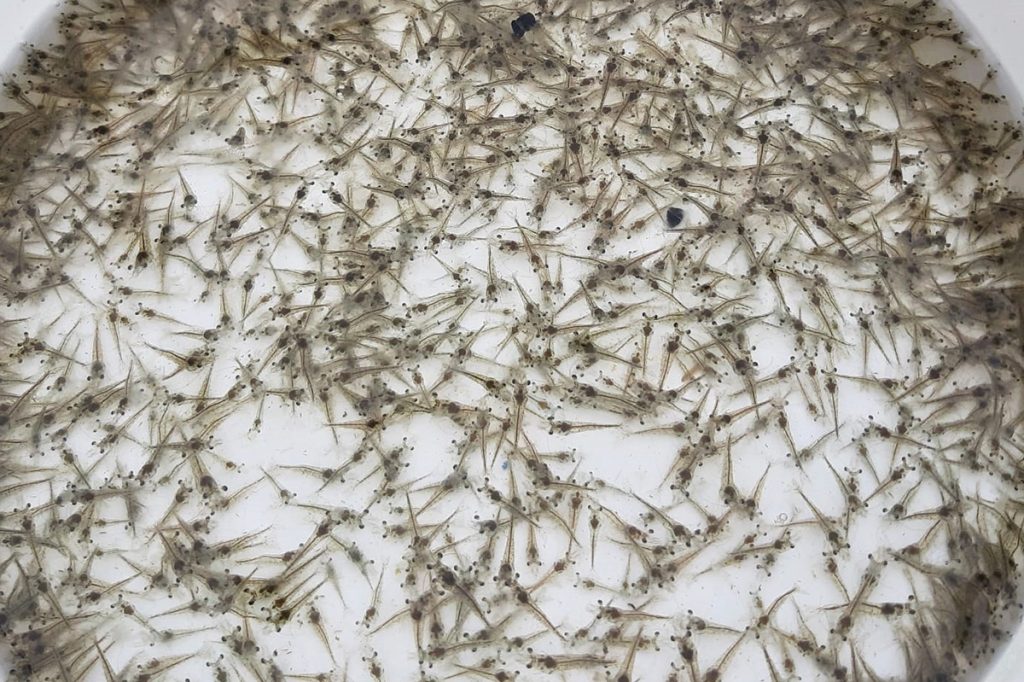 Results of a trial in China show the use of fat microencapsulated organic acids and salts could improve disease resistance of L. vannamei shrimp. 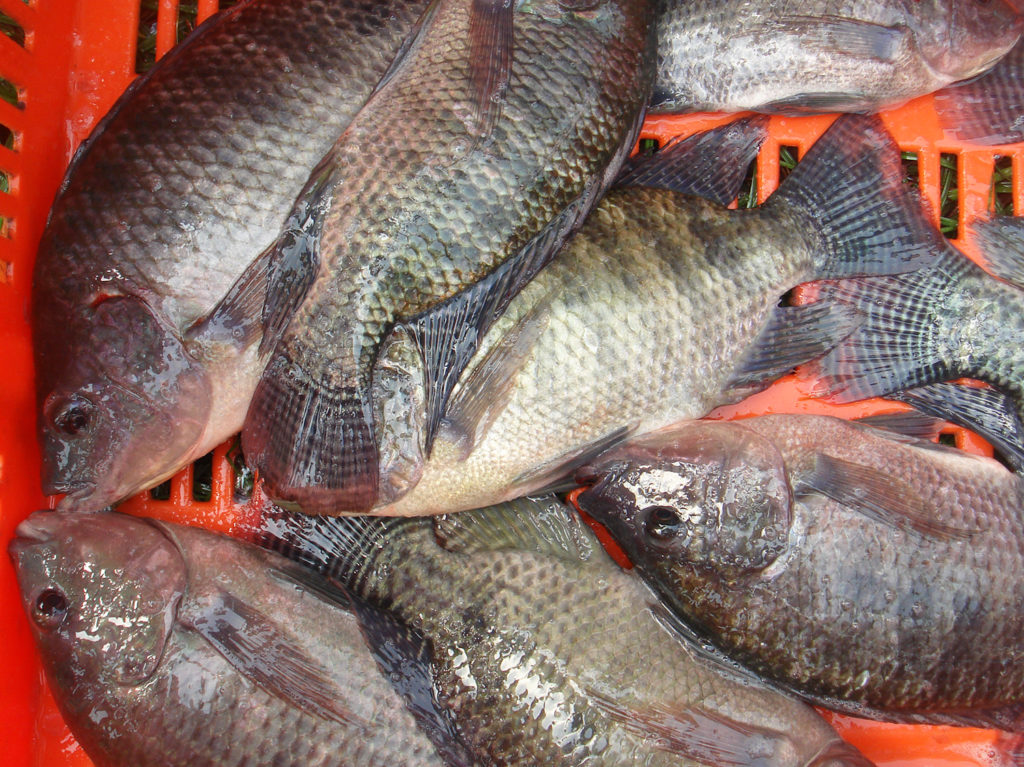 Characterizing the microbial community of farmed Nile tilapia in Colombia

Study characterizes the microbial community and dynamics of a continuous-flow competitive exclusion culture derived from gut microbiomes in Nile tilapia.