Despite its growing economic importance, aquaculture production of Pacific oysters (Crassostrea gigas) has not benefited much from genetic improvement. To date, the most significant genetic advance for the production of this species resulted from the development of polyploids. Triploid oysters have become increasingly important, as they yield better production performance than their natural diploid counterparts, mainly as a consequence of their high level of infertility.

Several quantitative genetics studies have suggested that significant heritable variation exists for traits of aquaculture interest in oysters, such as disease resistance and growth. Consequently, significant gains could be obtained by selective breeding of diploid oysters.

However, the limited extent of hatchery propagation and various technical difficulties and biological characteristics of the species have hampered the development of selective breeding programs. Recently in the United States, Australia, and New Zealand, where hatcheries are a major source of C. gigas juveniles, family-based selective breeding has been initiated to improve growth and yield.

In France and other countries, summer mortality in C. gigas has been reported for many years and is a major production problem. Factors such as temperature, pathogens and physiological imbalances have been suggested to explain the summer mortality phenomena. However, in most cases, the mortality cannot be explained by a single factor. A combination of environmental and internal parameters provide a more likely explanation.

Morest, a national multidisciplinary program coordinated by Ifremer, was initiated in France to understand the causes of the summer mortalities in Pacific oysters and propose solutions. Within this program, a multisite field experiment was designed to assess the usefulness of selecting for improved survival of oyster spat during its first summer period.

In 2001, 72 biparental families (G1) were produced in three sets of 24. For each set, six males were crossed with four females each following a nested, half-sib design. Due to the resulting variable larval survival and settlement success, heritability estimation of the spat survival in the field was determined using 17 half-sib families, which corresponds to 43 full-sib families.

The families were monitored at three sites – Normandy at Baie des Veys, Brittany at Rivière d’Auray, and the Atlantic Coast in the Marennes-Oléron Bay at Ronce – previously known to show different survival rates for juvenile oysters. A variance component analysis revealed that among the factors studied, 45 percent of the observed variance was due to variation among families.

The heritability estimate for survival during the first summer was remarkably high. To confirm this result and assess whether selection could be efficient, a second generation (G2) was produced in 2002 by breeding the best and worst G1 half-sib families (Fig. 1). Both inbred and outbred family crosses were performed using G1 oysters that were protected from field mortality pressures. Their selection was strictly at the family level.

Results confirmed the high heritability of survival of spat. “High-selected” families, named “R” for “resistant,” showed much higher survival than “low-selected” ones called “S” for “sensitive.” For example, in Rivière d’Auray (Fig. 2), summer mortality of outbred G2 S oysters was 43 percent, while it was only 7 percent for R progenies. The unselected control was intermediate at 24 percent.

Similar results were found in 2003, in a third generation (G3) that replicated the outbred G2s without further selection. In Rivière d’Auray, summer mortality of G3 S oysters was 73 percent, while it was only 27 percent for R progenies. The unselected control was intermediate at 48 percent.

Interestingly, no correlated response was observed between growth and survival in the spat. Additionally, survival over the second summer was similar for R and S G1 and G2 progenies in Ronce and Rivière d’Auray, indicating the first summer is the critical sensitive period. However, this remains to be confirmed in Normandy, where mortalities mostly affect adult oysters.

These R and S progenies are presently being studied to further document their genetic, physiological, and immunological characteristics as part of the multidisciplinary research project Morest project. New molecular approaches, such as quantitative trait loci) mapping, suppressive subtractive hybridization, quantitative candidate gene expression, and macro- and microarrays are being developed by various labs to further examine the differences between R and S oyster progenies. These studies should contribute to the identification of the factors that cause summer mortality in C. gigas spat.

Additional studies are in progress to better understand why so much additive genetic variance is observed in the spat survival of C. gigas. Possible explanations relate to trade-offs between survival and other fitness-related traits, variability of selective pressures in the wild, and life history trait modifications related to hatchery propagation.

As the result of the Morest project, a full-scale, family-based selective breeding program is being discussed with the French oyster industry. Spat survival will be one of the selected traits, but others will also be considered.

Special attention will be given to resource allocation traits, notably because a negative genetic correlation between survival and reproductive effort was previously reported. 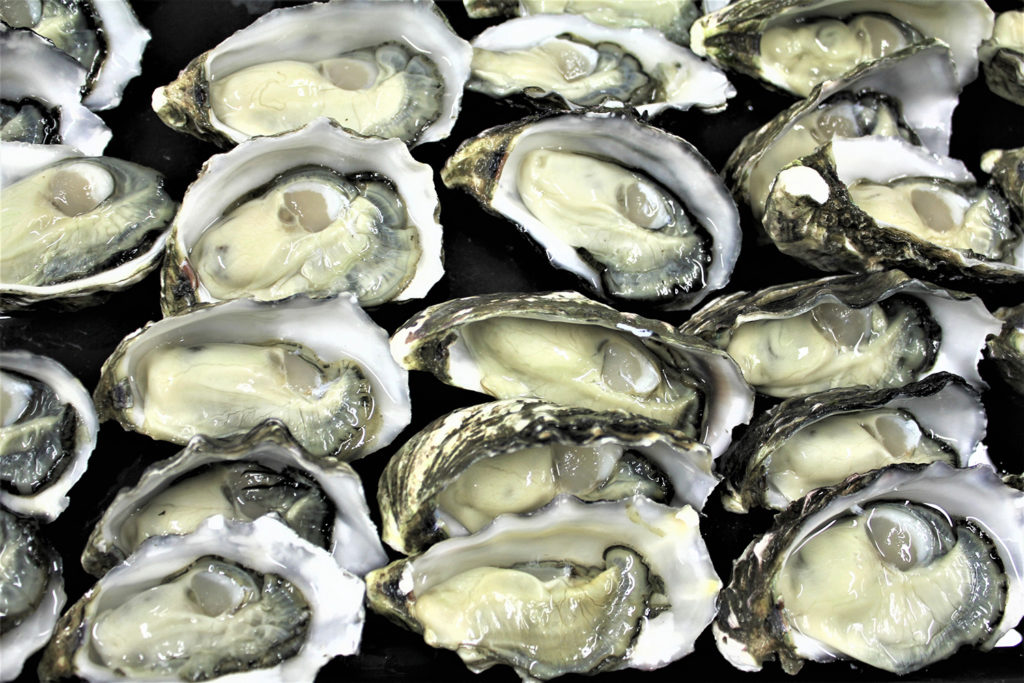 A model for estimating pathogen variability in shellfish

This study reports on the development of a mathematical model for the shellfish depuration process and its impact on norovirus levels found in shellfish.