For all edible shrimp products, water is the largestand most significant component.Water provides the moisture associated with product taste, texture, appearance, and yield, and includes the flavors and major nutritional components, as well. It is important to maintain the right amount of moisture during processing, because low or excessive moisture content can result in lower-quality products.

Cooked shrimp products, one of the most popular seafoods globally, enjoy a growing demand throughout the market. Shrimp processors use several methods to cook shrimp and control water content in product, including continuous or batch cooking in water at 90 to 100 degrees-C, steam cooking at 100 degrees-C using a continuous steam cooker, broiling/grilling, frying for breaded applications, and low-temperature cooking at 85 to 95 degrees-C using the forced convection method.

Conventional steam cookers operate by applying pure steam. They can overcook the exterior of the shrimp while waiting for the center to achieve desired temperature, and reduce product yield.

With forced convection, shrimp are cooked in a sealed chamber where a homogenized mixture of steam and air is forced over them. F.C. assures reasonable cook times by taking advantage of improved heat transfer coefficients that result from the circulation of the steam-air mixture.

Forced convection minimizes overcooking and maximizes yield by limiting the temperature of the cooking environment to a predetermined maximum selected by the operator. With this method, excessive cook time has minimal impact on yield because the temperature difference between the center of the product and cooking environment is less than in a conventional cooker. In everyday use, this means that “accidents” like cook times that range a bit too long don’t cost as much in yield loss as with conventional cookers.

In new F.C. cookers from Laitram Machinery, Inc., data-logging software continuously monitors the temperature inside each cook chamber and relays the information to the user’s computer. Cook temperatures are thus stored digitally, enabling processors to record cook times for potential customer inquiries in the future.

The new software also features a low-temperature alarm on the control box. When the temperature inside the cookers drops below a preset level, a flashing light and notice on the computer screen alerts users to the potential hazard. This precautionary alarm eliminates the possibility of losing an entire batch of shrimp to undercooking in the event of a drop in steam pressure or boiler or valve failure.

Longer cooking times at higher temperatures ensure product safety by reliably destroying microbes, but result in lower yield and reduced sensory quality. Forced convection also offers excellent product safety. Because shrimp processed by F.C. are cooked at a lower temperature, they have a longer cook time than those in a conventional steam cooker. With longer cook times, shrimp spend more time above the required temperature to kill even the strongest bacteria. 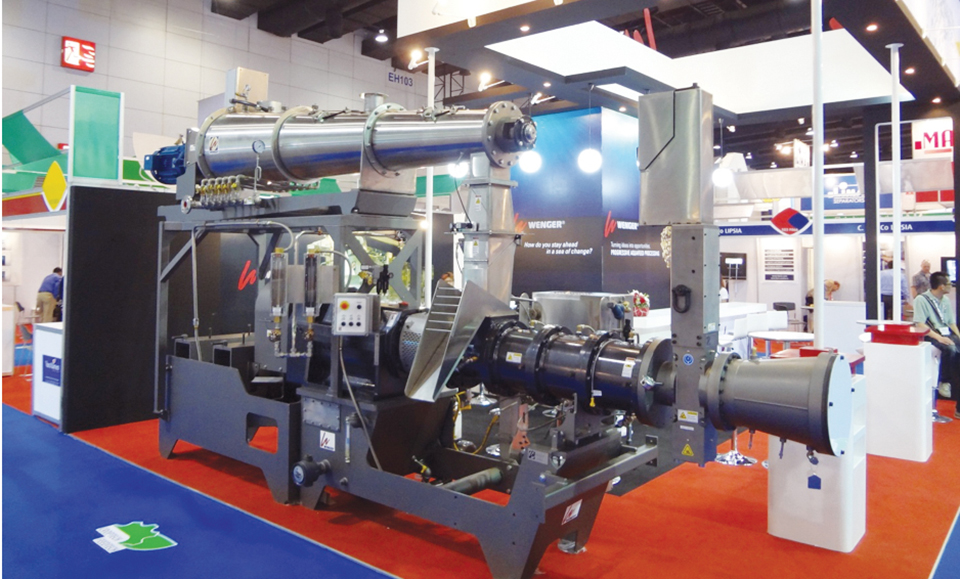 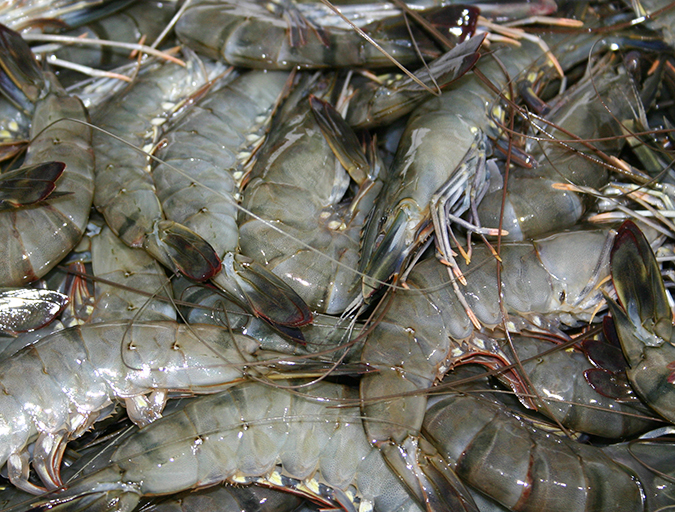 The proper use of brine to freeze shrimp, part 1

Brine freezing of shrimp at processing plants by immersion in a chilled, aqueous brine solution is commonly used to chill the shrimp after cooking, and requires much less energy than other traditional methods. It results in very small ice crystals forming in the shrimp tissue, minimizing drip loss.