With the human population projected to reach 10 billion by the end of the century, the expansion of mariculture will be a “vital step” to feeding the world, according to a new study published in Nature this month. The study, which involved an international collaboration of researchers, examined the potential of a warming ocean to meet the growing global appetite.

Currently, the ocean supplies only 17 percent of the world’s protein supply, most of it wild-caught. As the study highlights, the ocean holds great promise to help satisfy the global demand for protein, which is expected to increase, especially as developing countries grow wealthier.

“Cultivating finfish and shellfish may just be the answer to this looming food security challenge,” said Dr. Reniel Cabral, co-author and a Senior Lecturer in Fisheries at James Cook University. “Our study suggests that by reforming fisheries and expanding sustainable mariculture, current per capita seafood production can be maintained or increased up to the end of the century, except under the most severe climate change scenario.”

But meeting the demand for blue foods largely hinges on the human response to climate change. Global greenhouse gas emissions result in effects such as ocean warming and acidification – phenomena that are expected to decrease the ocean’s ability to meet the seafood demands of a growing population.

“Warming waters are changing where fish can live, what prey they can eat, and how well they can survive,” said Christopher Free, lead author of the paper and a researcher in the UC Santa Barbara Bren School of Environmental Science and Management. “Both fishers and fisheries managers have to adapt to these changes.”

Fisheries can maintain or increase their yields by adapting their practices to shifts in the productivity and location of their fish stocks, the researchers said. However, these necessary reforms alone will be insufficient to fulfill future demand. Rather, finfish and shellfish farms will be essential to fill that gap.

“Expansion of sustainable ocean aquaculture could build on fisheries reforms to increase the availability of healthy and sustainable seafood to our growing population,” said Halley Froehlich, a co-author of the paper and an assistant professor at UC Santa Barbara.

According to the study, the expansion of mariculture is projected to be limited by consumer demand or availability of feed ingredients derived from wild fisheries, rather than by climate change. For example, with the appropriate selection of species and location, the researchers found “the availability of area for profitable finfish mariculture to be insensitive to changing temperature, oxygenation and salinity.”

Reforming wild fisheries to allow mariculture expansion will also be an essential step, as some mariculture species still depend on wild capture fisheries for feed and seedlings.

“Ensuring that wild fisheries are healthy will not only allow mariculture to expand but will minimize the gap mariculture would have to fill in seafood production,” said Dr. Reniel Cabral, a senior lecturer at James Cook University and co-author of the study.

Additionally, because food production by its nature impacts the environment, the sustainable expansion of mariculture must be conducted carefully.

Shifts in consumer preferences away from terrestrial meat could reduce the environmental impacts of global food systems,

“It will require improved governance to ensure best practices that minimize impacts on ocean ecosystems and encourage equitable access to this growing industry,” said Willow Battista, co-author and a senior manager at the Environmental Defense Fund.

But what governance looks like will vary by location. In highly regulated regions, such as the United States, mariculture regulations may need to be more well-defined to allow sustainable mariculture to grow. In less regulated regions, such as China or Thailand, standards will have to be maintained to “prevent inefficiencies and eco-system degradation.”

Regions where little or no historical mariculture production exists – as in many of the African nations expected to be hardest hit by climate change – will have to invest in training and infrastructure.

A key benefit is that effective, efficient mariculture operations only require a small amount of space. According to the study, typically 3 percent or less of a country’s exclusive economic zone is required to meet consumer demand, according to the researchers’ calculations.

“The small space requirement for mariculture leaves ample room for careful planning to minimize impacts on other ocean industries,” said Steve Gaines, co-author and dean of the Bren School.

The study found that potential environmental threats from mariculture can be minimized by proper planning and siting. With careful coordination, mariculture operations can be set up so as not to compete with fisheries, coastal tourism and shipping, among other ocean industries.

Indeed, its efficiency is highlighted as one of mariculture’s key advantages: it has a lower greenhouse gas footprint and lower demands for water and land than many land-based sources of meat. With improvements to finfish feed, breeding and husbandry, it is possible to further increase yield to meet consumer demand.

According to the researchers, gearing food production toward the ocean could not only satisfy the growing global appetite for meat, but could also free up land required for terrestrial agriculture. With an increase in production, prices are expected to decrease, allowing access to local, sustainable and nutritious food.

“Shifts in consumer preferences away from terrestrial meat could reduce the environmental impacts of global food systems,” Froehlich said.

Producing food from the ocean for future populations will take “a global concerted effort,” but the researchers stress that it’s most urgent in tropical developing countries that are disproportionately impacted by ocean warming and acidification.  In these places, climate-driven productivity loss, coupled with growing populations, put a great strain on food security.

“Tropical developing countries will endure the greatest losses in fisheries catches and may therefore be priorities for investments in ocean aquaculture expansion,” said Cabral.

Although climate change remains a hurdle, the researchers expressed optimism about the role of blue foods in feeding future generations.

“Climate change will challenge the ability for the ocean to meet the seafood demands of a growing population,” said Free. “However, the ocean could produce more food than today through swift and ambitious actions.” 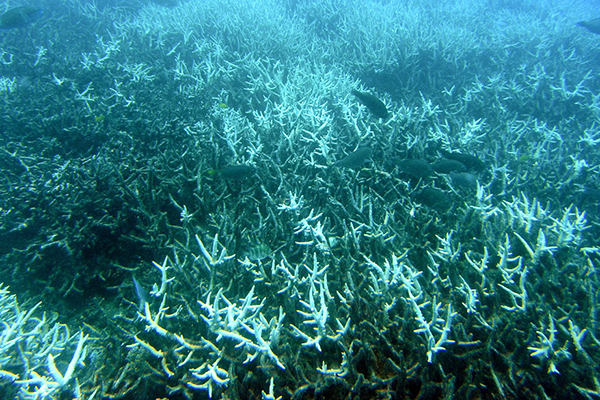 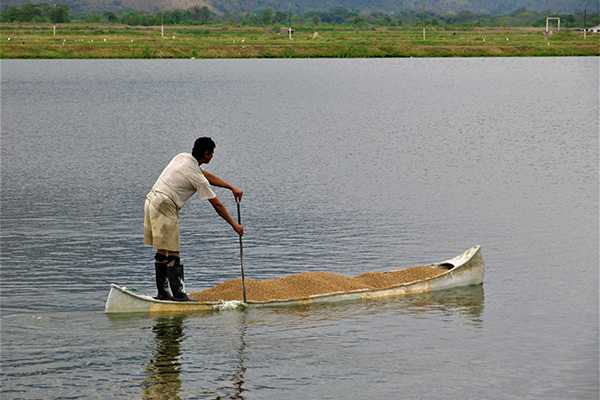 A new study finds that research inflates the growth potential of mariculture and undervalues the production potential for freshwater aquaculture. 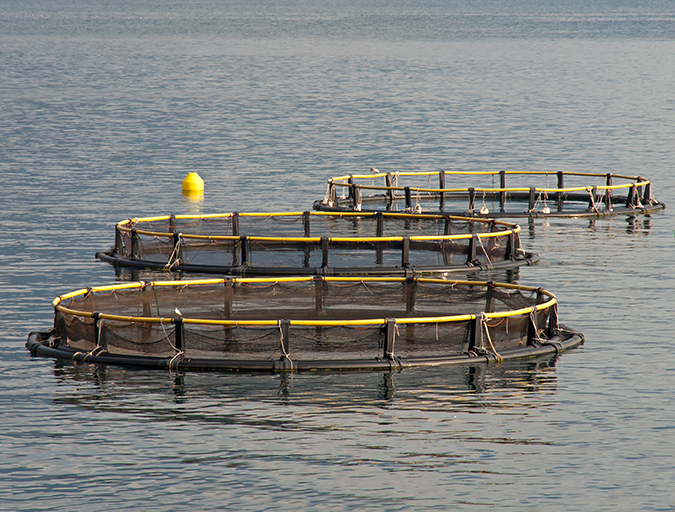 A study projects that the global mariculture supply may decline 16 percent by 2090 if no climate action is taken.