The Global Aquaculture Alliance has initiated the task of implementing its Responsible Aquaculture Program. GAA’s main objectives are to assist shrimp farmers with the application of practices outlined in its “Codes of Practice for Responsible Shrimp Farming” guide, and verify that the practices are being used to improve environmental performance. As part of the plan for implementation, shrimp farmers must conduct a self-evaluation and prepare a compliance plan.

It is not easy to formulate water quality standards for effluents from a previously unregulated activity such as shrimp farming. Standards must be strict enough to provide environmental protection, or those representing environmental interests will object. On the other hand, standards must not be too strict, or shrimp farmers will not be able to comply with them.

Based on best management practices

A reasonable approach to this problem is to compare water quality concentrations in shrimp farm effluents with water quality limits applied to activities that are currently regulated. This comparison should reveal if some variables in shrimp pond effluents are likely to be outside normally accepted ranges, and suggest the measures necessary to provide a satisfactory effluent. Standards could then be established based on the effluent concentrations that can be expected if shrimp farmers apply the best management practices and treatment methodology economically feasible within the industry.

Median values were determined for each water quality variable by using combined data from semi-intensive and intensive shrimp farms (Table 1). Medians tended to be lower than means, suggesting that the distribution of the concentrations were skewed toward lower concentrations. Median values were quite low for nitrogen, phosphorus, and five-day biochemical oxygen demand. In fact, median values for these factors were within the concentration ranges often found in natural water near shrimp farms. Median values for pH and dissolved oxygen were ideal for aquatic life. However, concentrations of total suspended solids, volatile suspended solids and chlorophyll a were higher than those typically found in natural waters around shrimp farming areas.

Maximum and minimum values (Table 1) reveal a wide range in concentrations of all water quality variables. Minimum concentrations are of concern only for pH and dissolved oxygen. The lowest pH of 6.3 is acceptable because it is not low enough to harm aquatic organisms, but the lowest dissolved oxygen value of 0.4 milligrams per liter would be harmful to aquatic organisms.

Maximum pH exceeded 9.0 in a few samples. High pH is a common afternoon event in ponds with dense phytoplankton blooms and results from removal of carbon dioxide for photosynthesis during daylight hours. Where high pH occurs, it is doubtful shrimp farm effluents would have pH above 9.0 for more than two or three hours per day, and these afternoon excursions of high pH should not be harmful to aquatic life in coastal waters.

Very high concentrations of total nitrogen, total phosphorus, total and volatile suspended solids, and chlorophyll a were measured in a few samples. Nearly all of the exceptionally low or high concentrations of water quality variables were recorded in the final water discharged from ponds during draining for shrimp harvest.

Relatively few organizations have prepared water quality standards for shrimp farm effluents. Although three examples of effluents standards are available for the United States, they were not considered suitable for GAA use. Only six of the water quality variables that have been carefully measured in shrimp farm effluents (Fig. 1, Table 1) are commonly found in effluent permits. Total nitrogen, soluble reactive phosphorus, volatile suspended solids, and chlorophyll a seldom are included in effluent permits. Nitratenitrogen and nitrite-nitrogen are also rarely used.

Turbidity, which was measured in only one of the effluent studies, is commonly included in effluent permits. Limits on turbidity are typically 25 to 50 nephelometer turbidity units (NTU). Obviously, data on the turbidity of shrimp farm effluents should be collected and evaluated. Incidentally, turbidity has been a major factor (and problem for shrimp farmers) in effluent permits issued to shrimp farms in Texas.

References to many better management practices can be found in “Codes of Practice for Responsible Shrimp Farming,” and shrimp farmers can readily adopt these practices. Sedimentation basins are already in use on some shrimp farms, but most farms would have to design and construct them.

Sedimentation basins should have hydraulic retention times of six to eight hours to allow settling of coarse and medium-sized particles, and cause a decrease in total suspended solids and total phosphorus concentrations. Water with a low dissolved oxygen concentration will become re-aerated while standing in the sediment basin. There also should be a moderate reduction in biochemical oxygen demand, and possibly a moderation of pH and some decrease in total ammonia nitrogen concentration through nitrification during retention.

Initial standards should be at least strict enough to prevent unusually low pH or dissolved oxygen concentration and extremely high concentrations of other variables (Fig. 1, Table 1). The GAA program uses the most liberal limits observed in other permits (Table 2) as the limits in its initial standards for shrimp farm effluents.

The limits in the target standards are about the same as those frequently found in effluent permits (Table 2). Using this approach, suggested standards are listed in Table 3. Although it is common to have a turbidity limit in effluent standards, one was not included in the proposed effluent standards. Usually, if total suspended solids concentrations in aquaculture pond effluents are within acceptable limits, turbidity also will be below the maximum permissible concentration. However, collection of data to verify this generalization would be useful.

Of course, it is desirable to collect more data on effluent quality, including turbidity, from a number of different shrimp farms for enhancing the GAA effluent quality database, and to determine how well shrimp farmers comply with the proposed standards. The proposed target standards are generous, so in the future, it may be desirable to lower the concentration limits in the target standards. Nevertheless, compliance with the initial water quality standards and progress towards the stricter target standards will be a major commitment to environmental stewardship by GAA participants.

The monitoring program necessary to verify compliance with standards will be a substantial effort. However, pH and dissolved oxygen can be measured by instruments normally available on shrimp farms, and water analysis kits can be used for total suspended solids, total phosphorus, and total ammonia nitrogen. The biochemical oxygen demand is difficult to measure, so most farms may prefer to send samples to a commercial laboratory for this analysis.

These effluent standards play a significant role in GAA’s Responsible Aquaculture Program because they establish quantitative standards through which program participants measure their adherence to the “Codes of Practice for Responsible Shrimp Farming,” generate an informative self-assessment audit, and ultimately create an ongoing compliance plan reflecting responsible aquaculture practices.

More detailed data tables about each of the studies used in this review are on file at the GAA Home Office. Data includes species of shrimp cultured, stocking density, location, water quality summary, and literature citation.

Although not specifically referenced in the GAA standards, the following best management practices are also encouraged.

Discharge from settling basins can cause erosion within final discharge canals or at outfall points if water velocity is too great. Final discharge should not suspend soil material, and thereby increase the concentration of total suspended solids or create a turbidity plume.

Shrimp farm effluent is brackish water or seawater, and to prevent salinization, it should not be discharged into freshwater or onto agricultural land. As a general rule, the effluent probably should not cause a salinity increase or decrease in the receiving waters of over 10 percent of the seasonal average. It would be difficult to establish salinity limits except on a site-by-site basis.

Shrimp farmers sometimes apply substances to pond water during preparation for the new crop in order to destroy disease organisms and their hosts. Drugs and antibiotics may be applied during crops in response to diseases. When mass mortality of shrimp occurs in ponds, substances may be applied to disinfect pond water as a disease prevention measure before the water is discharged into natural water bodies. Some of these substances can be harmful to native aquatic organisms. After pond treatments, water should be held in ponds with no discharge until the potentially harmful substances have degraded. Water quality permits may specifically state that foam, scums, or turbidity plumes should not be visible at the discharge point. Shrimp farm effluent sometimes has foam on its surface. This foam probably can be contained in settling basins if a floating skimmer is mounted across the discharged end of the basin. Sedimentation should prevent turbidity plumes resulting from suspended soil particles, but discoloration of effluent by plankton can also result in a turbidity plume. The only method for preventing this plume would be subsurface discharge.

The management practices suggested in “Codes of Practice for Responsible Shrimp Farming” can prevent suspension of soil particles during final discharge, salinization, and discharge of toxic chemicals. 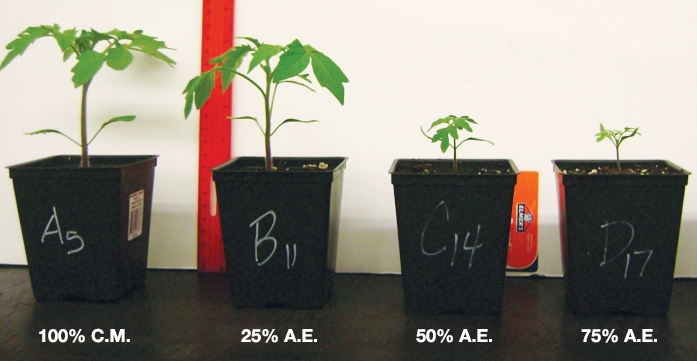 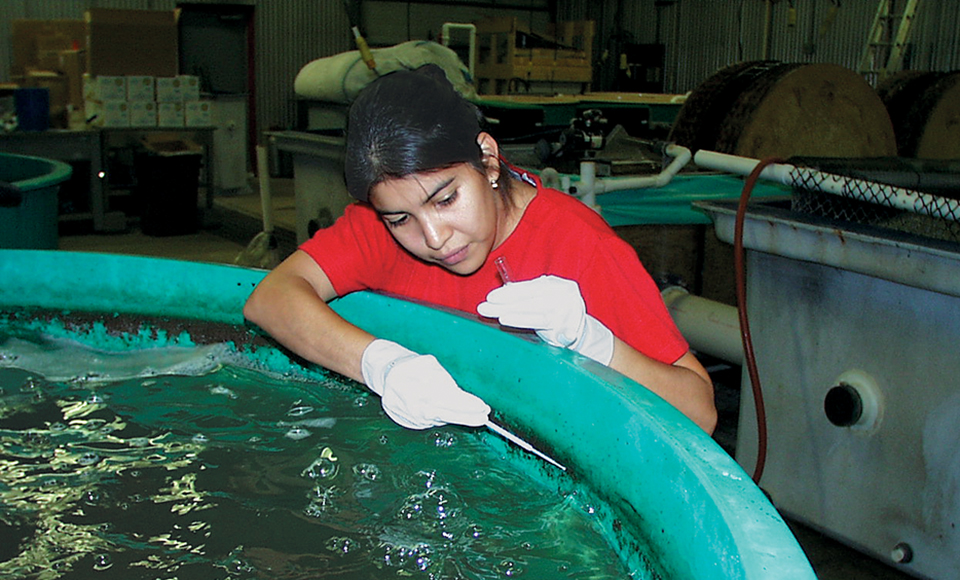 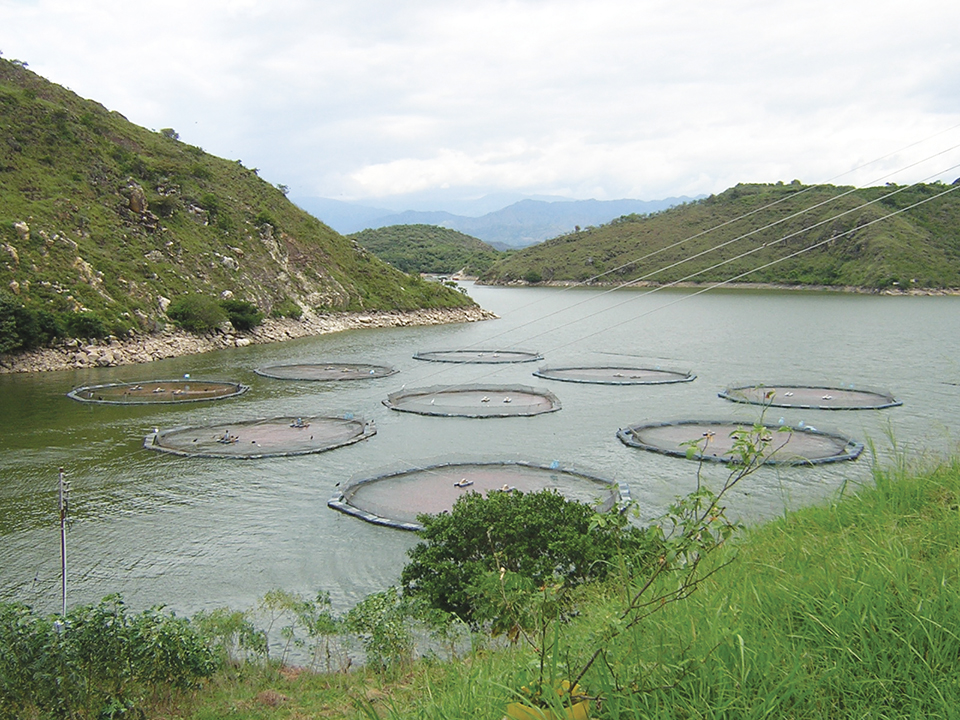 Most of the approximately 250 Norwegian salmonid hatcheries are located on the coast and close to a freshwater source.