Most of the approximately 250 Norwegian hatcheries for salmonid smolt production are located on the coast and close to a freshwater source. Effluent water is usually discharged directly to the sea without any treatment. Local recipient capacity along the coast is generally high, but some hatcheries are loading more vulnerable sites, such as shallow fjords with low water exchange. At these sites, mechanical effluent treatment systems need to be installed in order to avoid accumulation of settled solids on the seabed at the outlet point.

In recent years, the Norwegian smolt industry has intensified strongly. Both the number and the average weight of delivered smolt have increased, mainly due to the introduction of efficient oxygenation systems. Consequently, the biomass produced per hatchery has increased by a factor of 5 to 10 times over the last 10 to 15 years. Moreover, if the local water supply and the recipient conditions are satisfactory, authorities have allowed a licensed production of 1.0 to 2.5 million smolt per hatchery. Applications for farm expansion require a study of environmental conditions in the receiving waters, at the farmer’s expense.

Expanded production has increased the need for effluent treatment at more hatcheries. Asystem for solid removal in effluents, followed by sludge processing (dewatering/stabilization) has been developed by the Swedish company Sterner Aquatech. The treatment system is now installed at several hatcheries, and Rogaland Research has evaluated the efficiency of the equipment under different conditions.

Initially, the main effluent flow from the fish tanks travels through intermittently rotating and flushing drum sieves (Hydrotech System) fitted with 60 to 100 μm mesh size. The amount of backwash water is low, usually less than 0.3 percent of the main flow. Concentrations of suspended solids in the backwash water are 100 to 200 times (200 to 2,000 mg SS/L) those at the fish tank outlets. Then the backwash water is further thickened in a circular sedimentation tank with a conical bottom unit, to accumulate settled sludge.

At an overflow rate of 1 to 3 cubic meters per hectare, an average settling efficiency above 90 percent is normally achieved. As Table 1 shows, the overall efficiency of the system is, however, strongly dependent on the solid content of the outlet from the fish tanks (routine flow vs. tank cleaning). In intensive flow-through systems, the expected daily quantity of sludge produced, containing 10 percent dry matter (DM), is approximately 0.7 liters per kg of feed supplied. This corresponds to an annual amount of 700 to 1,000 cubic meters of sludge at a hatchery producing 1 million smolt. In order to eliminate putrefaction, offensive odors and risk of spreading pathogens, the thickened sludge must be further processed before storage and utilization. Stabilization (at a permanent pH > 12) has been achieved by adding 15 to 25 grams of unslaked lime per liter of sludge (10 percent DM).

As described, this effluent treatment increases the total smolt production costs by about NOK 0.25, or by 3 to 4 percent.

Due to a high nitrogen (3 to 8 percent DM) and phosphorus (1- 4 percent DM) content, sludge from smolt farms has potential for use as fertilizer in agriculture. The agricultural activity along the coast is mainly based on milk production, and an appropriate local utilization of sludge is for application on meadows. In recent tests, significantly increased yields of silage plants were demonstrated at application rates of up to 3,400 kg sludge DM per ha. Norwegian regulatory limits for application of sludge onto agricultural lands are, however, strict with regard to content of trace metals. To stay within the stipulated limits, the cadmium and zinc contents in particular, sludge from a hatchery producing 1 million smolt annually requires about 5 ha of arable land for application.

The intensification of the Norwegian smolt industry in recent years has resulted in a need for efficient mechanical effluent treatment systems – such as the one described here – to avoid accumulation of settled solids at the outlet points and improve the sustainability of the salmon farming industry in Norway. 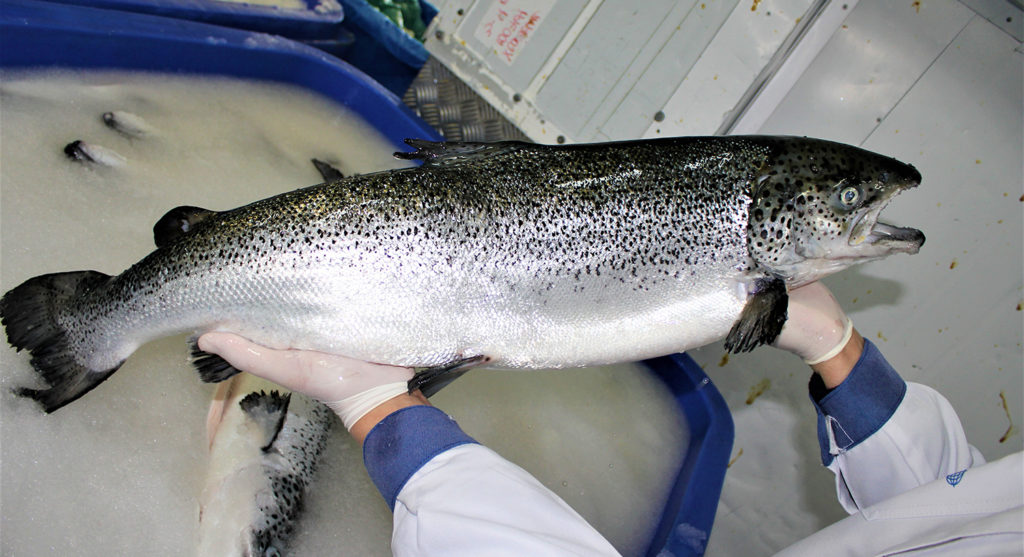 Effect of superchilling on Atlantic salmon quality through the value chain

Study assesses water holding properties and other quality attributes achieved through superchilling Atlantic salmon through the value chain until smoking. 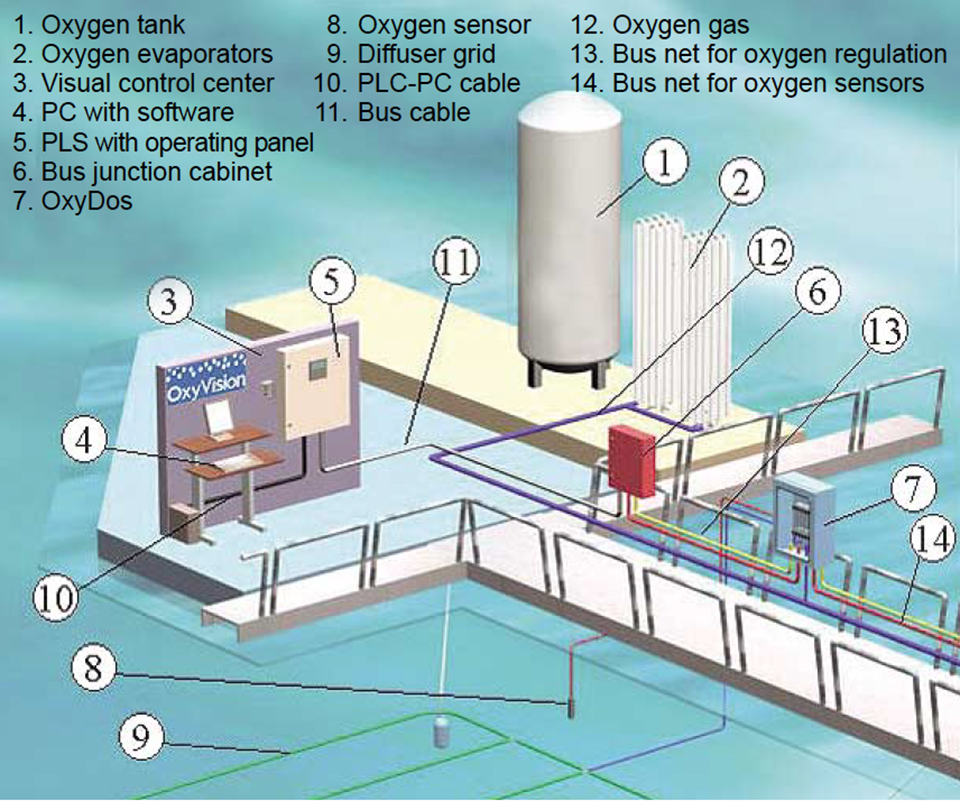 A commercial oxygen injection system tested in Norway maintained D.O. at levels that sustained growth and increased the harvested biomass. 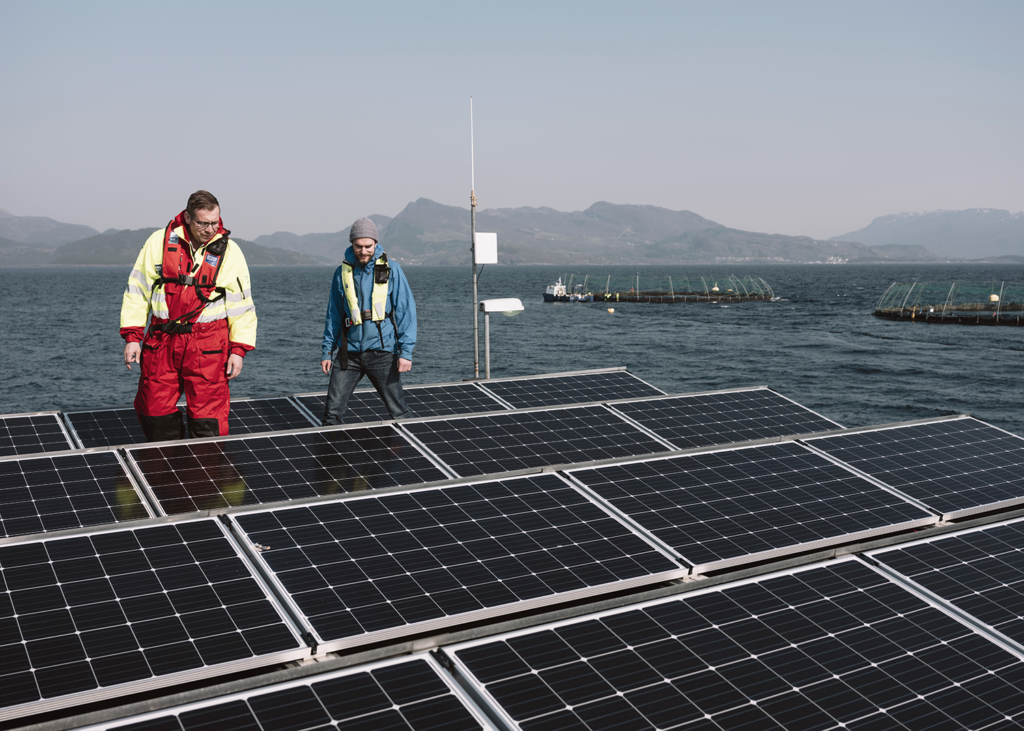