Adding probiotic to feed can enhance shrimp growth and health

Probiotics are valuable in animal production due to their improvement of feed value, enzymatic contribution to digestion, and activation of immune responses. Several bacterial species of the genus Bacillus have been reported to improve growth and disease resistance, improve intestinal microbial diversity and increase the relative abundance of beneficial bacteria and reduce the abundance of harmful pathogenic bacteria in the gut flora of shrimp species like the Pacific white shrimp (Litopenaeus vannamei), one of the major cultivated aquaculture crustacean species worldwide.

Many studies have reported that the species B. subtilis has a number of beneficial traits when used as a supplement in shrimp diet, but few studies have investigated the appropriate dose of B. velezensis in L. vannamei production.

This article – adapted and summarized from the original publication (Chen L., et al. 2021. Effects of Bacillus velezensis Supplementation on the Growth Performance, Immune Responses and Intestine Microbiota of Litopenaeus vannamei. Front. Mar. Sci. 8:744281) – investigated the optimum supplementation level of B. velezensis and its potential effects on the growth performance, feed utilization, immune responses, and gut microbiota of L. vannamei.

Healthy L. vannamei (body length: 3.0 ± 0.3 cm, body weight: 0.32 ± 0.8 grams) were procured from a local shrimp farm in Yantai (Shandong Province, China) and acclimated at 25 to 27 degrees-C and 30 ppt salinity for two weeks before trial start-up. A total of 1,200 animals were randomly stocked into twelve 60-liter fiberglass tanks, each containing 100 shrimp. The shrimp were fed four times daily at 6 percent of body weight and reared for eight weeks, including a two-week challenge test with Vibrio parahaemolyticus after 42 days of the growth trial.

The effects of a Bacillus velezensis strain, BV007, on the growth performance, immune responses and intestine microbiota of the shrimp were investigated. Three experimental diets were prepared and supplemented with different levels of BV007 isolated from the gut of healthy L. vannamei: 105 colony forming units, CFU/g (BV1), 107 CFU/g (BV2), and 109 CFU/g (BV3). A control group received the basal diet (41.35 percent crude protein; 7.67 percent crude lipid) without any BV007 inclusion.

The cumulative mortality of the shrimp was recorded daily. After 42 days of feeding, the total number of shrimp and the weight in each tank were quantified to calculate the survival rate (SR, in percentage), final body weight (FBW), final body length (FBL), plumpness index (PI), and specific growth rate (SGR, percent per day). Then, the challenge study was carried out.

For detailed information on the experimental design and animal husbandry; bacterial strain and diet preparation; collection and analyses of samples; intestinal microbial composition and various other assessments; and the challenge study, refer to the original publication.

Many strains of some Bacillus species are currently used as probiotic dietary supplements in aquatic animal feeds. These probiotics not only produce certain essential micronutrients that promote better growth and feed utilization of the hosts, but also participate in the digestion processes that break down nutrients, such as carbohydrates, proteins, and lipids by producing extracellular enzymes (e.g., amylase, trypsin, lipase).

The observed improvement in growth performance could be ascribed to the enhanced intestinal digestive enzyme activities. We observed significant increases in various important digestive enzymes in the treated groups compared with the untreated shrimp. Similar observations are reported for other aquacultured species like sea cucumbers and Atlantic salmon that were fed diets supplemented with B. velezensis.

It was also noted that Bacillus species might secrete a wide range of exoenzymes that aid in the nutritional enhancement of the host. As a result, the increase in digestive enzyme activities can be linked to the elevated beneficial bacteria in the Bacillus-treated groups since they secrete beneficial enzymes like protease, amylases, and β-galactosidases. Also, we had indications that no hepatopancreas tissue damage or dysfunction was induced by the addition of probiotics in the BV007-supplemented groups.

The modulation of immune responses and disease resistance is a major function induced by probiotics. As a result, both cellular immunity [immune response that does not involve antibodies] and humoral immunity [mediated by secreted antibodies, complement proteins and certain antimicrobial peptides found in extracellular fluids] are stimulated in response to a pathogenic challenge. We observed that the phagocytosis [critical component of the immune system] of L. vannamei blood cells was increased with the addition of B. velezensis. Similarly, Other researchers have reported similar observations with the use of another Bacillus sp. which could activate the cellular immune defenses of black tiger shrimp (Penaeus monodon).

The intestinal microbiota of shrimp plays an essential role in mediating immunity, nutrient metabolism and energy homeostasis. Previous studies have shown that probiotics in the shrimp diet could effectively modulate the intestinal microbiota, improve growth performance and enhance disease resistance. In our study, a greater diversity of bacterial species was found in the BV007 supplemented groups than in the control group. The reason may lie in the changed metabolic activities or beneficial effects on gut microbiota regulated by B. velezensis.

In the challenge trial in our study, the cumulative mortality of the probiotics-treated groups was significantly lower than the untreated group after the V. parahaemolyticus challenge, suggesting that B. velezensis BV007 could improve disease resistance of L. vannamei. Similar results were also proved by other researchers, who suggested that other Bacillus species (B.  subtilis and B. coagulans ATCC 7050) enhanced the anti-disease ability in shrimp. Our results might be attributed to the increased abundances of beneficial Bacillus and the enhanced immune responses in the BV007-treated groups.

Overall, our results show that the dietary supplementation with B. velezensis BV007 could promote the growth performance, enhance the immune responses, and modulate the intestine microbiota of L. vannamei shrimp, considerably increase the abundance of potential probiotic Bacillus, and reduced the abundances of potential pathogenic Vibrio in shrimp intestines. The recommended dose as a feed additive is 107 CFU/g feed to enhance the growth and health status of Pacific white shrimp.

Results of our study showed that diet supplementation with the potential probiotic B. velezensis BV007 could significantly promote growth performance, enhance immune response and disease resistance in L. vannamei. Based on these findings, we conclude that a dose of 107 CFU/g feed provides health and growth benefits by improving the digestive enzyme activities, immune responses, intestinal development and gut microflora. 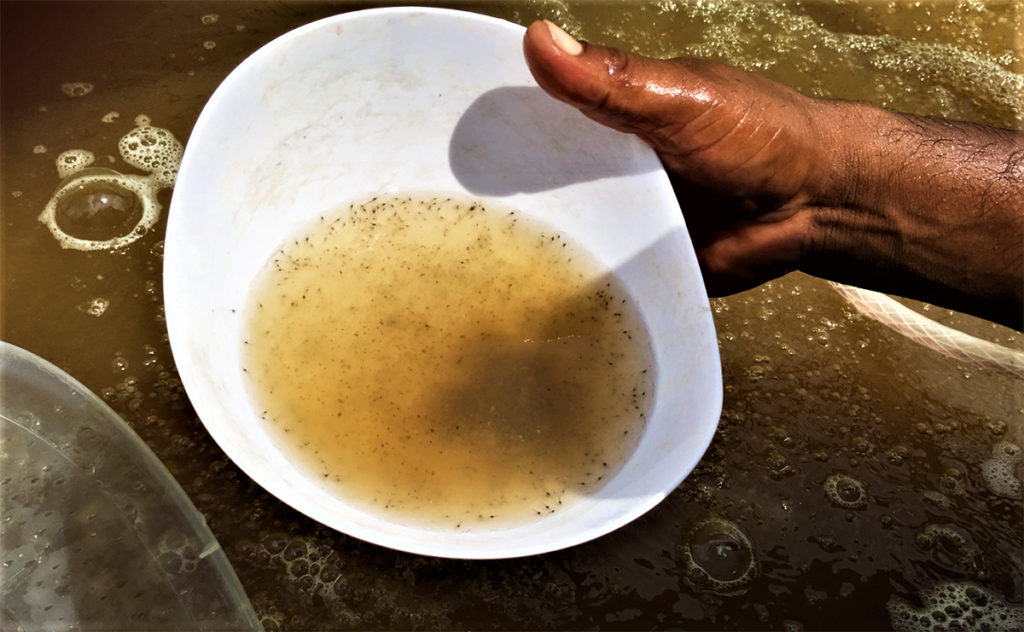 A biofloc environment has the potential to alter the virulence of the AHPND-causing V. parahaemolyticus strain on Pacific white shrimp postlarvae.

Some of the more promising alternatives to antibiotics for the treatment of Nile tilapia are found in the group of organic acids and their salts.