As filter feeders, bivalve shellfish are capable of concentrating microorganisms present in the surrounding water. While most of these microbes are harmless, some pathogenic organisms can occasionally cause human illness and large outbreaks of disease, in some cases.

The best known and most commonly encountered of these pathogens are Vibrio vulnificus, Vibrio parahaemolyticus, Vibrio cholerae, hepatitis A virus, and hepatitis E virus. In addition, an emerging pathogenic organism has now been implicated in shellfish-associated illness: Cryptosporidium parvum. Since many shellfish are consumed raw or only partially cooked, the potential for transmission of these pathogens remains.

Cryptosporidium species are found worldwide in many differing environments, but are especially associated with both fresh- and saltwater sources. As a consequence, they are frequently isolated in shellfish, especially oysters, and outbreaks of illness have occurred as a result of ingestion of contaminated bivalves. C. parvum have been discovered in shellfish from the Chesapeake Bay, Gulf of Mexico, and west coast of the United States, and many other marine environments around the globe.

About half the size of human red blood cells, the oocyst stage is the infectious form of C. parvum. This small size often allows the pathogen to evade filtration systems. Oocysts also are not eliminated by standard chlorination methods. C. parvum sporocysts, which represent a more seedlike or dormant portion of the life cycle, are resistant to most chemical disinfectants. Sporocysts are, however, susceptible to freezing, cooking at temperatures of over 70 degrees-C for two minutes, drying, and ultraviolet light.

Transmission of the organism can occur through ingestion of contaminated water or food, direct contact with infected animals, or person-to-person contact. Outbreaks are relatively common in day-care centers.

Cryptosporidium oocysts shed in the feces of infected people and animals can contaminate water supplies, other animals, and agricultural food sources. The infectious dose of C. parvum is quite low – a single cell may be sufficient to initiate disease.

Infection by C. parvum typically produces rather severe and watery diarrhea that lasts two to four days and is usually self-limiting. This may be accompanied by a low-grade fever, nausea, weakness, and abdominal cramping.

The young and the elderly seem to have an increased susceptibility to infection and may have more prolonged symptoms. In immunodeficient individuals, especially those with HIV/AIDS, infection can be much more severe, may become chronic, and is sometimes even lethal. Tracheal and lung infections producing severe coughing are common in immunocompromised patients.

Individuals with any form of immune deficiency caused by HIV, cancer, uncontrolled diabetes, or liver disease should totally avoid eating raw or lightly cooked shellfish. However, some people harbor C. parvum in their intestinal tracts without exhibiting any symptoms.

Diagnosis of C. parvum infection is made by the observation of oocysts in specially stained stool specimens or affected tissues. Besides keeping the patient from becoming dehydrated, specific treatment is usually not needed. At present, there are no reliable curative therapies available for C. parvum infection. Some encouraging results have been obtained with the antibiotic paromomycin, and research is ongoing to develop more effective agents.

As with many illnesses, prevention is the best medicine. Adequate cooking of shellfish will kill the parasite and prevent infection. For those desiring raw or lightly steamed shellfish, the risk of infection will still be present.

Several processing methods directed at eliminating C. parvum while maintaining raw characteristics of shellfish have been studied. High hydrostatic pressure processing is partially effective, but does not inactivate 100 percent of the organisms present. E-beam irradiation was found to successfully inactivate all of the C. parvum present in oysters in trials conducted at Virginia Tech. However, e-beam irradiation suffers from a lack of consumer confidence in “irradiated” products and is not widely available.

Sewage and animal waste contamination of shellfish-harvesting areas probably represents the most significant contributing factor that results in human cases of shellfish-associated C. parvum disease. Improvements in water treatment methods, agricultural containment, and treatment of potentially contaminated material should help in reducing the transmission of Cryptosporidium infections, both from water sources and shellfish. 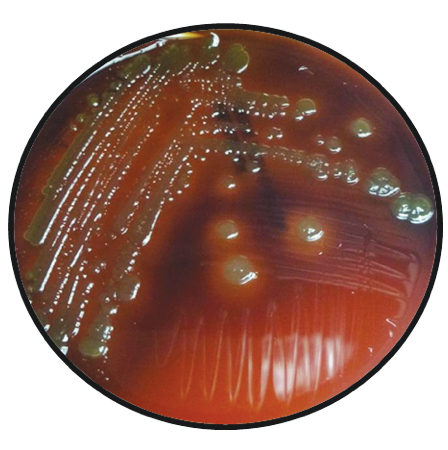 Since Vibrio samples often degrade during transport, the authors analyzed nucleic acids (FTA) cards as a simplified, shelf-stable collection method for the preservation of genetic material from water samples.