Site selection for Maricultura del Pacifico’s original maturation and hatchery facilities was based on the assumption that the best seawater is found in the ocean, far away from sources of pollution such as cities, industry, and agriculture. Since its 1992 start-up, however, experience with recirculating systems has taught Mexico’s prominent producer of Penaeus vannamei postlarvae otherwise.

In February 2000, Maricultura del Pacifico invested in a recirculating system for its maturation facility just south of Mazatlan, Mexico. After making some adjustments and fine-tuning the system, it achieved very stable water quality, which led the company to capitalize on the benefits of the technology.

After establishing Nitrosomonas and Nitrobacter bacterial colonies in the biofilter, the facility reduced water exchanges to about 20 percent per day. This water exchange was needed to prevent a build-up of nitrates and replenish water lost by evaporation, filter backwashing, leaks and elimination of water containing medication.

The system worked well from the start. However, small organic solids that were too small to be captured by the bead filter clogged the gills of broodstock. Maricultura del Pacifico solved the problem by filtering processed water returning to our tanks down to 5 μ, with sand filters and cartridge filters.

A water quality manager was also appointed to monitor filter maintenance and routinely test water quality in the maturation tanks. Very careful operation and maintenance of the recirculating system is essential to keeping it performing at its best.

So far, the system has exceeded expectations. The most notable improvement came in the form of increased production. Due to the high-quality, stable water the recirculating system provides, more females mated per night, with more nauplii per female, and broodstock mortality decreased, with an overall increase in the health and vitality of the broodstock.

Despite the obvious economic advantages of increased nauplii production, the most dramatic advantage of recirculation technology came recently, when a red tide hit the Mazatlan area. Virtually all of the broodstock and postlarvae of the seven hatcheries in the area, including the three largest operations in the country, experienced mass mortalities.

During this time, the broodstock in Maricultura del Pacifico’s one new maturation facility, which was undergoing the preliminary four-week, flow-through phase required to establish the bacteria in the biofilter, were wiped out. But the animals in the older, established recirculation facility remained alive and well throughout the crisis.

Recirculation technology has allowed Maricultura del Pacifico to be more profitable and sustainable. Because they answer two of the most important problems in shrimp hatcheries – control of discharge effluent and the need to provide consistent, stable water quality for breeding animals – recirculating systems will play an increasingly important role in the future. 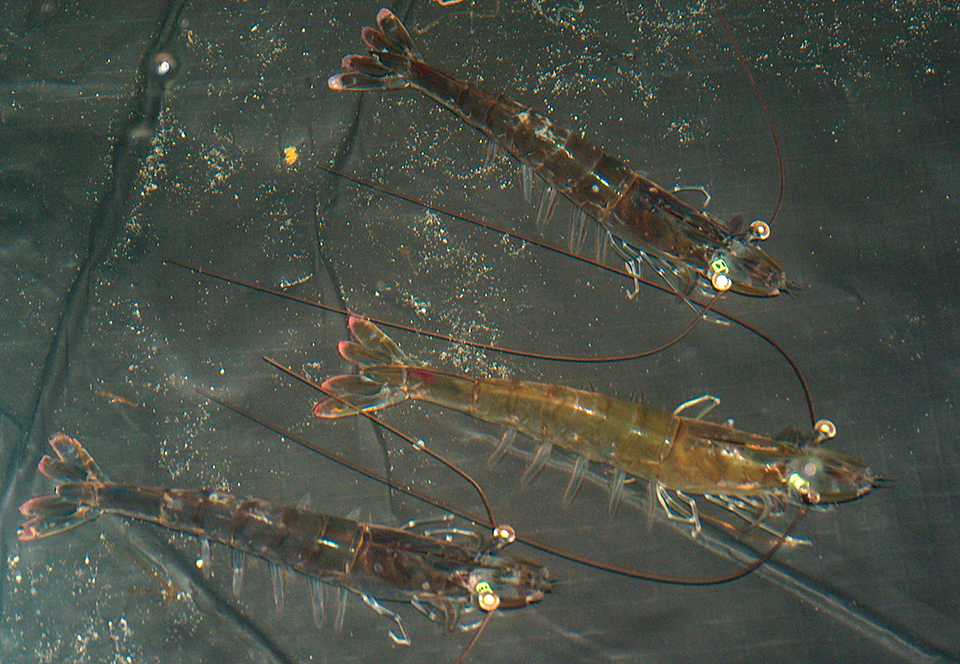 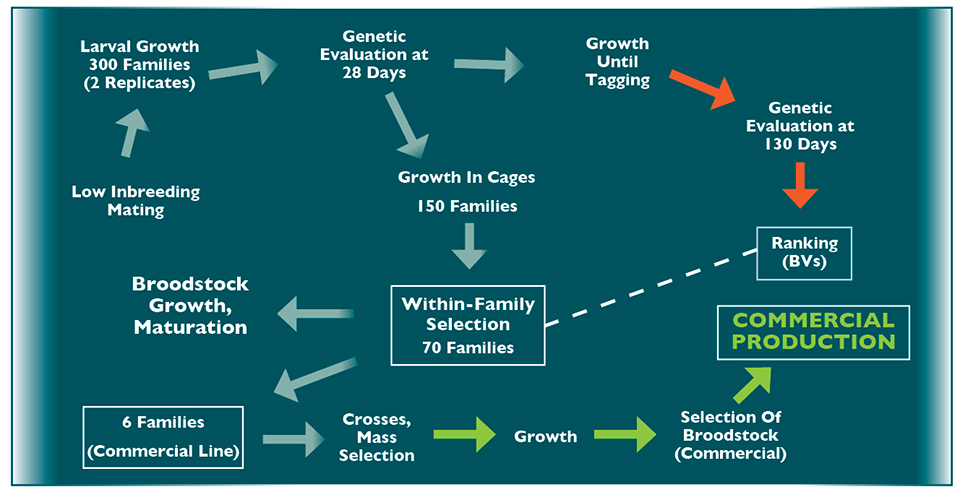 The largest shrimp hatchery in Mexico has implemented a two-stage selection program based on body weight at 28 days of age and and body weight at 130 days.