Domesticated stocks and breeding programs to improve production and profitability in penaeid shrimp aquaculture are becoming increasingly common. The use of selection programs implies that only a portion of the population contributes genes that are transmitted to the next generation, reducing effective population sizes.

This reduction implies an increased probability of mating between relatives, making a certain degree of inbreeding unavoidable over time. Inbreeding is often associated with a reduction of the mean phenotypic values of some traits, principally those related to fitness and physiological efficiency.

Inbreeding – the result of mating between relatives – can be expressed through an inbreeding coefficient, which ranges between zero and 100 percent. Inbreeding commonly causes a decrease in the mean values of traits of productive interest.

The authors performed a study with a large number of families to investigate the effects of inbreeding on the body weights of Pacific white shrimp (Litopenaeus vannamei) at harvest size after 130 days and on growout survival from 65 to 130 days of age. The experiment was conducted at the Maricultura del Pacífico hatchery in Los Pozos, Sinaloa, Mexico, from 2010 to 2012. It produced three successive generations of families.

A total of 16,361 shrimp from 320 families were produced. The numbers of animals obtained for each inbreeding interval by year are shown in Figure 1. Inbred families were mainly the product of mating between siblings and cousins (Figure 2), while the rest of the families were the product of several mating schemes between individuals with different levels of genetic relationship.

The effect on each trait per 10 percent increase in the inbreeding coefficient was estimated. For the analysis, the effects that can influence these traits were taken into account using appropriate statistical methods.

There was a significant negative effect of inbreeding on body weight. The estimated change on body weight per 10 percent increase in the inbreeding coefficient was -2.2 percent of the mean (Table 1). Survival is a fitness trait, and inbreeding is considered to affect this type of traits. However, these results showed that inbreeding had no effect on growout survival (Table 1).

From these results, a loss of up to 6 percent of the genetic progress can be expected as an effect of inbreeding in a selected population of Pacific white shrimp. This takes as reference the commercial population of Maricultura del Pacífico, where measures to limit inbreeding are taken.

It should be noted that the inbreeding depression results obtained in this study were very similar to those obtained on the commercial line from the same company. The range of unintended inbreeding coefficients, which result from routine breeding program management, was much smaller – zero to 15 percent.

These results were obtained in a 2013 study that involved a retrospective analysis of data from eight generations. In that study, the decrease in body weight at 130 days of age per 10 percent increase on the inbreeding coefficient was -3.4 percent of the mean, and statistically significant. Similarly, inbreeding had no effect on growout survival rate.

In this population, the inbreeding effect on body weight was relatively small. However, the effect of inbreeding on all important traits must be considered to make the best decisions regarding its control.

To control long-term inbreeding in a closed population, it is necessary to use a relatively large number of broodstock in each generation and control mating among relatives by imposing mating restrictions. These measures may imply some reduction in genetic progress, but allow preservation of the genetic variation necessary to continue improving the population for current traits or others that may need to be incorporated in the future. 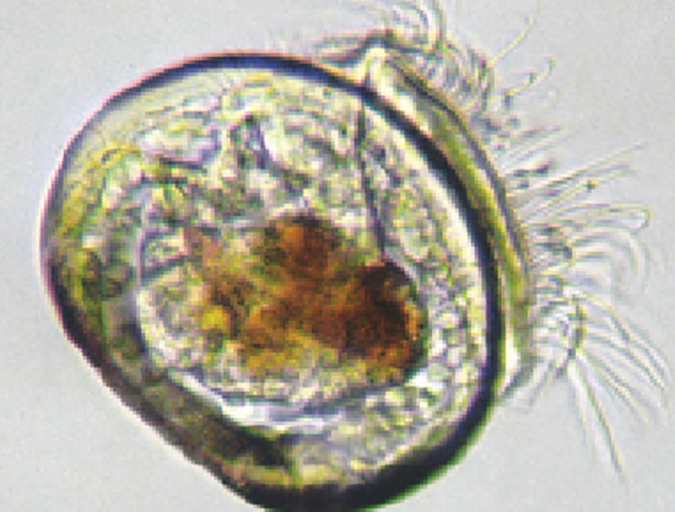