Larval production is a continuous bottleneck in the culture of marine fish species, and one important challenge in aquaculture is the development of larval feeds. Given the high growth rates and health maintenance of marine fish larvae, it is essential that their nutritional requirements be fully met.

The larvae of many marine fish are reported to require high amounts of polyunsaturated fatty acids (PUFAs) of the omega-3 series, such as eicosapentaenoic acid (EPA) and docosahexaenoic acid (DHA). These fatty acids are commonly derived from fish oils, which are byproducts of pelagic fisheries.

However, due to dwindling fisheries resources that result in increasing market prices for fish oils, alternative sources of fatty acids are now being tapped. These include single-celled eukaryotes like dinoflagellates and microalgae, and more recently, stramenipilous thraustochytrids, which are reported to produce high amounts of fatty acids, particularly DHA.

Thraustochytrids and their habitats

A typical characteristic of these organisms is the presence of monocentric thalli with noncellulosic cell walls mainly composed of L-galactose. They possess ectoplasmic nets used for attachment and also thought to be the site of organic degradation through enzyme secretion. Thraustochytrid cells range 5 to 20 µm in size. They produce heterokont biflagellate zoospores as a mean of asexual reproduction.

Thraustochytrids are commonly isolated from a wide range of marine and estuarine habitats, including the water column and marine sediments. They colonize littoral algae and seaweeds, some invertebrates and fallen mangrove leaves. The most common genera isolated from marine and estuarine habitats are Thraustochytrium and Schizochytrium. Although some species are reported pathogens of some marine plants and animals, many are only saprobes or epibionts that obtain nutrients from decaying materials.

In mangrove habitats, thraustochytrids play an important role in the degradation of leaf materials, thereby enriching the nutrient content of the leaves with their biomass. This process converts plant debris into nutritious forms available for consumption of organisms in higher trophic levels, making mangroves a good nursery ground for many fish and crustacean species.

Microbes in general are being tapped as potential alternative sources of fatty acids for both commercial and industrial use. Compared to fish oils, microbes can provide a stable supply of fatty acids that can be easily mass produced, a less fishy smell, and highly purified DHA and other PUFAs.

The thraustochytrids are now considered a good source of fatty acids. The high proportion of DHA in the total lipid contents of these organisms and the relatively low amount of structurally related PUFAs could simplify the downstreaming processing of DHA, which is one of the problems in utilizing fish oils as a DHA source.

Reports show that the total lipid production of several species of Schizochytrium and Thraustochytrium range 16 to 50 degrees of the dry weight biomass. Of the total lipid produced, DHA accounts for 30 to 60 degrees, depending on the species and culture conditions used. Table 1 shows the fatty acid production of some thraustochytrid species isolated from marine and estuarine habitats.

In nature, the thraustochytrid cells are thought to serve as an important food source for picoplankton-feeders, including protozoans, dinoflagellates and filter-feeding bivalves. As such, thraustochytrids can significantly enhance the whole efficiency of the marine microbial food chain.

The high production of DHA by these organisms has garnered interest in their utilization in aquaculture, especially in larval nutrition. Several studies have shown the successful enrichment of Brachionus sp. and artemia nauplii using freeze-dried cells of thraustochytrids, which resulted in high DHA content for these larval foods.

PUFA-enriched Brachionus and artemia reportedly increase the growth and survival of many marine fish larvae. At present, commercial preparations of feed supplements enriched with DHA from Schizochytrium sp. are available for aquaculture use.

Thraustochytrids are one of the overlooked microbial agents in the aquatic environment. Only recently, attention has been given to this group of organisms because of their high lipid contents, particularly PUFAs. With the continuously decreasing resources for traditional fish oils as PUFA sources for aquaculture, thraustochytrids offer a promising alternative and stable source for heterotrophic fatty acid production. As such, studies on the screening of high lipid-producing strains and optimization of culture conditions for maximum biomass and lipid production are being undertaken. 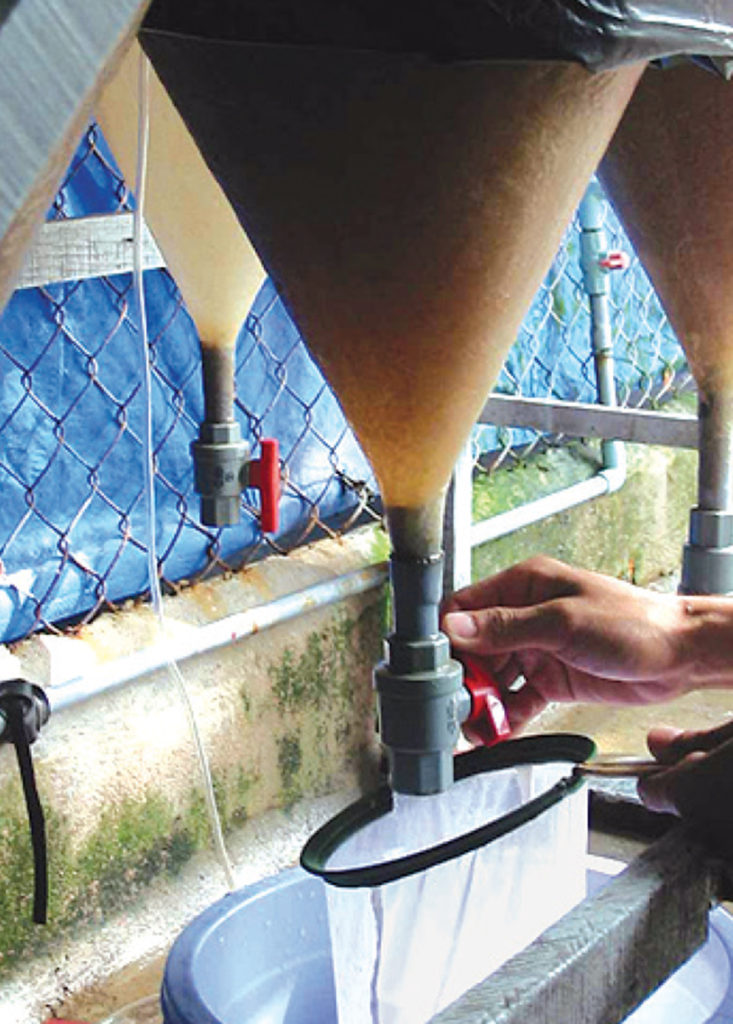