Energy, feeds and offshore production shape the discussion at the Tasmanian Salmon Symposium

In 2021, the Tasmanian government announced a moratorium on new salmon farming leases until 2023. At that point, it will launch a 10-year plan for the sector, which is working on improving its image with the local community and with critical environmental groups. Over two days in May, experts and researchers focused on salmon aquaculture’s potential to provide a growing global population with a sustainable protein – as well as the challenges ahead for advancing the Tasmanian salmon industry and possible technological solutions.

‘The problem is not today but tomorrow’

Changing minds – and the narrative around aquaculture – is a priority for the Tasmanian salmon industry, which has strong academic support. Richard Cottrell from the International Marine and Antarctic Studies at the University of Tasmania said aquaculture tends to get viewed differently when compared to other food systems.

The industry needs to “improve communication and make the most of circular ingredients and waste products to turn it into something beneficial,” Cottrell said during the Tasmanian Salmon Symposium, which was hosted online.

Much of the conversation around the industry’s environmental impacts centered on feeds and access to feeds. University of Hawaii Professor Dr. Albert Tacon said fish feed is typically the largest cost of salmon production, arguing that it needs to be produced sustainably and economically for farmers to be profitable.

The onset of the COVID-19 virus highlighted the need for to move away from a reliance on importing feed supplies to domestic production, given the shocks and costs associated with the supply chain disruptions, he added.

During a Q&A session, Tacon explained that many salmon-producing countries had become overly reliant on importing feed.

“The largest source of animal protein available to feed companies are the byproducts from the production of chickens and hogs. There are lots of products out there, we have to better use these resources,” Tacon said. “The problem is not today but tomorrow and how we feed.”

Cottrell said that balancing the nutritional needs of fish and shortening production cycles can address the challenge of reducing waste.

“You can balance the nutrition that you are offering with the needs of the species you’re farming and then use materials that are high in digestibility,” he said. “The other way [to minimize waste] is to grow your fish quickly, which means you’re relying on a good environment.”

One of the most significant challenges facing offshore aquaculture production – or moving near-shore production several miles out to sea – is the powering of barges and the constraints places on operating logistics.

Alexandre Pichard, chief technology officer at Carnegie Clean Energy – the owner and developer of the CETO® technology, which captures energy from ocean waves and converts it into electricity – said that the blue economy has great potential for growth. But for that to happen, both the cost of seafood and the cost of production need to be reduced, as well as achieve cuts in emissions associated with aquaculture.

A key challenge to conventional offshore production is the powering of barges and the constraints it inflicts on operations.

“In the open ocean there is a lot of movement. Why don’t we capture it and convert it to electricity and displace diesel technology?” asked Pichard when talking about the inspiration behind it.

Pichard pointed to the company’s wave converter system, which has the potential to power offshore barges. These barges need reliable and consistent energy to operate not only the day-to-day running like fish feeding, but also keeping the people on the barge safe in a challenging open sea environment.

“MoorPower reduces the need to refuel offshore barges,” Pichard said when explaining the safety benefit to the technology.

These barges also have differing power needs with the most energy intensive system – lighting – having the potential to regulate fish behavior, he said. The Carnegie Clean Energy wave converter is labelled MoorPower and was launched in association with the Blue Economy Cooperative Research Centre. The wave power converter is in the design and development phase.

In a pre-recorded presentation, Dr. Christian ci Fuentes from Universidad Austral de Chile said that his country’s offshore production and some of its technology developments could be applied to the Tasmanian salmon industry.

Dr ci Fuentes said Chile was challenged by a lack of infrastructure other countries have with offshore production. He referred to the cages that are commonly used in offshore production and the high cost of transporting them from Brazil or China and the balance in producing them locally.

Another significant challenge for the industry is a simple but important one – net design. Dr ci Fuentes gave an example of a fish farm that sank due to the build-up of mussels and biofouling on its nets. The university analysed the net, made a 3D-printed version of it and was able to develop a new design that could better adapt to the drag associated with  the additional weight.

Dr ci Fuentes said the Chilean aquaculture industry needed to develop new design and technology. As with Chile, Tasmania will shift to offshore production, with some land-based production, following the state government’s announced intention to use Commonwealth waters adjacent to Tasmania’s state boundary.

“The need for protein in the world is there, and it is a good opportunity to develop holistic knowledge,” Dr ci Fuentes said, and added the industry needed to be smart and work together.

A significant theme over the two days was sustainability. Whether it be in the production of feed, the management of waste, and developing new technology it is something the industry in Tasmania is clearly focused on.

Tacon said the industry’s primary focus should be on producing healthful food.

“We have a very important role to play in producing healthy aquatic food in the global fight of malnutrition, obesity and diabetes,” Tacon said. 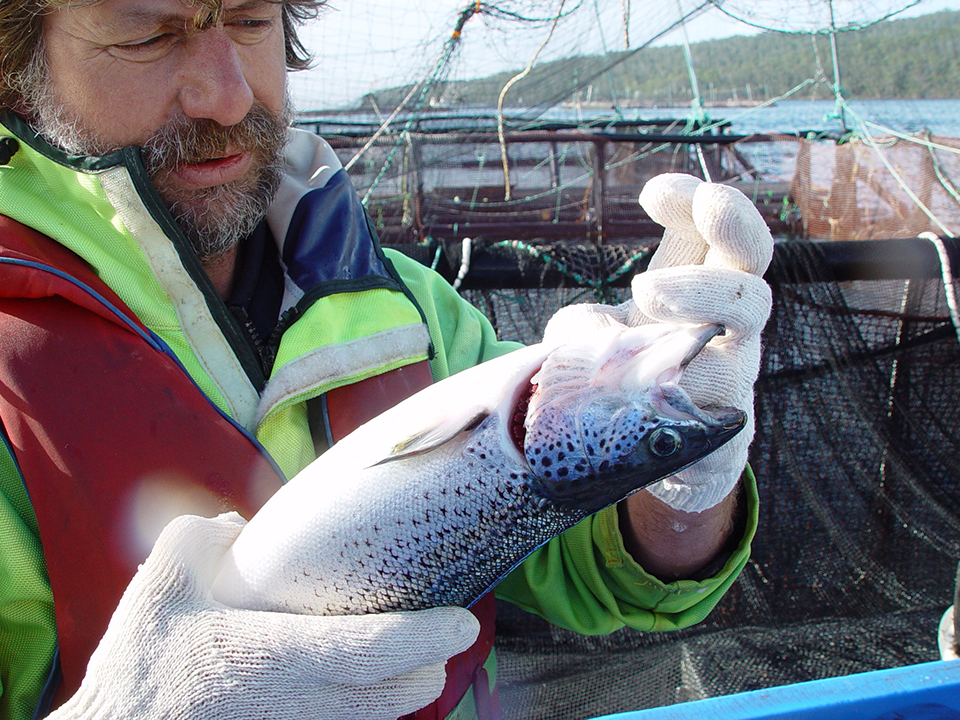 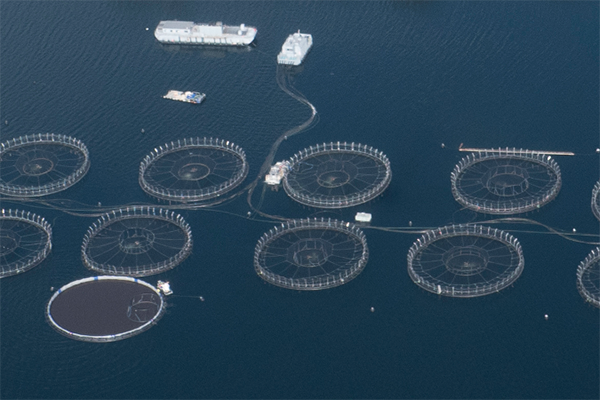 Tasmania has passed a bill to enable offshore marine aquaculture research, which will help sustainably grow the salmon farming industry.

Australian aquaculture gets some needed attention later this month when Fish 2.0 holds a regional workshop focused on innovation and investment in Melbourne.