Bioreactors are systems that utilize living organisms to enhance production processes. These systems can be designed to create a favorable environment for bacteria cell growth. Conditions within bioreactors can be controlled to optimize the production of microbial organisms.

It is challenging to initiate a biofloc system in clearwater when bacterial populations and organic matter in the system are very low. Shrimp begin to excrete ammonia immediately after stocking. Heterotrophic bacteria require organic matter for both energy and carbon sources, and since biofloc is limiting, they cannot keep up with shrimp ammonia production.

Autotrophic nitrifying bacteria use ammonium and nitrites as sources of energy and nitrogen. However, these bacteria have very slow growth. It takes weeks for them to establish at a density great enough to maintain ammonia and nitrites at a safe, desired level.

Since nitrite nitrogen has been shown to inhibit the immune systems of Litopenaeus vannamei at levels as low as 5.15 mg/L, resulting in mortality caused by pathogenic bacteria, it is desirable to keep nitrite levels below that level. Nitrifying bacteria ultimately convert all the ammonia into nitrates. However, it has been reported that nitrate above 220 mg/L at low salinity can be detrimental to shrimp.

Although shrimp tolerance to high nitrate levels in low-salinity water is less than at high salinities, it is important to reduce and limit nitrates in the production system.

The authors recently performed a study to test the effects of sequencing autotrophic and heterotrophic dominance through bioreactor-style technology on water quality levels.

One objective was to initiate a nursery biofloc-based RAS as an autotrophic-dominant system. Beginning with clearwater, they established chemoautotrophic-dominant biofloc with low carbon: nitrogen levels capable of maintaining desired water quality without detrimental spikes of ammonia or nitrites.

The authors also sought to convert the RAS from an autotrophic- to a heterotrophic-dominant system after biofloc reached a level of 5 mL/L settleable solids. Assimilation of inorganic nitrogen wastes to microbial proteins promotes heterotrophic bacteria.

Water exchange was minimized by manipulating feed rates, feed protein and carbohydrate levels, adding prebiotics as a carbohydrate source and bicarbonate to control alkalinity and/or pH, and regulating production water with a settling tank.

Four 1.5-m-square tanks were filled with filtered 28-ppt seawater to a depth of 20 cm. The tanks were stocked with Litopenaeus vannamei P.L.25 at an average density of 8,162/m3.

Hydrological and water quality parameters were measured daily. Municipal freshwater treated by reverse osmosis was added as needed to replace water lost by evaporation. Settleable solids were determined with Imhoff cones. These values were used to define the biofloc levels.

The tanks were inoculated with nitrifying bacteria, and optimal conditions for chemoautotrophic dominance were maintained. A commercial nitrifying bacteria inoculum (Fritz Turbostart 900) was applied at a rate related to the concentrations of ammonia and nitrite. The carbon:nitrogen ratio was kept at 7.17 by application of 45 percent-protein feed.

Application of sodium bicarbonate maintained alkalinity between 180 and 200 mg/L, and pH between 7.5 and 8.6. The dissolved-oxygen concentration was kept at 4.5 mg/L or greater. The light level was maintained at 36 lumens/m2, except during system maintenance.

After a biofloc level of 5 ml/L settleable solids was established by a high feed rate, the carbon:nitrogen ratio was raised to 21.5 by applying 15 percent-protein feed to promote heterotrophic bacterial dominance.

Inorganic nitrogen was quantified, and the corresponding amount of organic carbon required to convert inorganic nitrogen to microbial protein was added to the seawater, using 40 percent microbial-conversion efficiency. The organic carbon source was short-chained fructooligosaccharide (FOS), a prebiotic that promotes proliferation of non-pathogenic bacteria.

Biofloc levels were controlled through feed administration. A feed curve based on optimal growth with a feed-conversion ratio (FCR) of 1.3 was used to determine the amount of feed applied daily. The expected weight gain was multiplied by the FCR to calculate the daily ration. The FCR was reduced proportionally to the amount of biofloc in the tanks. For each milliliter over 8 mL/L, the FCR was reduced by 0.1. The minimum FCR was predetermined at 0.85.

Biofloc was also controlled by a continuous bioreactor with recycle technology. Seawater was removed from the tanks with airlift pumps to an adjacent cone-bottomed tank in which biofloc settled out. Reduced biofloc supernatant was returned to the culture tanks. The rate of biofloc removal was adjusted according to the tank biofloc concentration. The goal was to keep the biofloc level between 10 and 15 mL/L.

An average of 0.87 mL/L of bacterial inoculum was used to establish autotrophic dominance with nitrifying bacteria. Optimal alkalinity and pH were maintained by applying an average of 114 mg/L of sodium bicarbonate.

After 20 days, mean harvest size was 0.87 grams, and mean survival was 80.1 percent (Table 1). The average final shrimp biomass was 5.71 kg/m3. The average FCR for the 15 percent-protein feed was 2.41. The overall average FCR including both protein levels was 2.61. The average daily water exchange was 0.81 percent. The mean daily biofloc level averaged 14.4 mL/L.

The overall carbon:nitrogen (C:N) ratio from feed application was 19.65, which including feed and FOS was 22.04. Once heterotrophic dominance was established, and inorganic nitrogen was removed, the 15 percent-protein feed seemed to provide enough organic material to serve as an energy and carbon source for heterotrophic bacterial dominance to maintain the inorganic nitrogen to levels near zero.

The FCR ended up much higher than expected. In checking the stocking data, an error was discovered with a factor used to compensate for moisture when the postlarvae were gravimetrically quantified. Thus, the number of animals stocked into the tanks was overestimated, resulting in more feed applied to the tanks than was needed.

Acceptable growth and survival with 15 percent-protein feed indicated biofloc suspended in the water column contributed to the shrimp dietary requirements.

Establishing an initial biofloc level with excess 45 percent-protein feed to 5 mL/L and overestimating the number of shrimp stocked increased the expected FCR. Ratios less than 1.3 are expected in the future by using the correct moisture percentage when weighing live postlarvae.

A C:N ratio of 21.5 was adequate for maintaining heterotrophic bacterial dominance and desired inorganic nitrogen levels. The overall C:N ratio, including both feed and FOS, was 22.04, which implied the microbial-conversion efficiency for FOS was greater than 40 percent.

Settleable biofloc was kept at a sustainable level. Water exchange was low, but could likely be lessened with reduced feed application to about 0.6 percent/day. 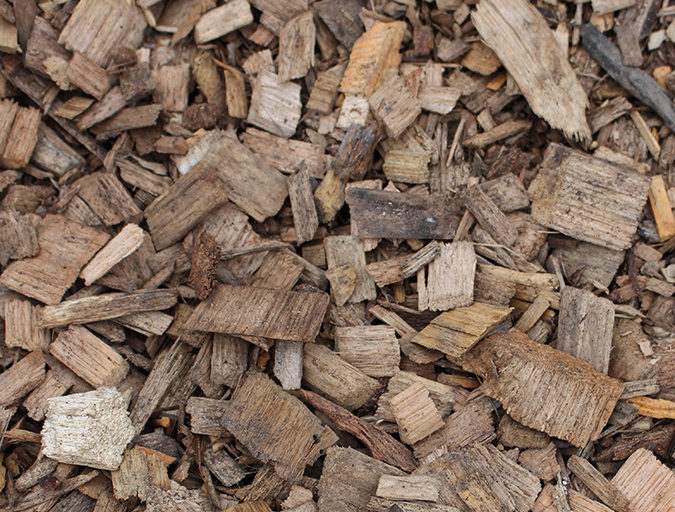