As critical a step now as it was 30 years ago

The process of culturing shrimp involves several major sequential steps, from procuring postlarvae (PL) from hatcheries, to growing these to commercial size in a variety of systems (tanks, ponds, raceways) that require constant management input and monitoring, and with varying production intensities (extensive to super-intensive).

There are also a number of less noticeable steps that are generally much shorter (a few hours to a few days) but that can be extremely relevant to the overall success or failure of the process. One of these steps is the acclimation of PL to the environmental conditions present in grow-out systems, which are typically very different from conditions prevailing in the hatchery.

Sudden changes in environmental conditions can cause substantial stress, which, although not necessarily lethal can nevertheless lead to slower growth rates and reduced overall productivity and profitability at the end of the production cycle.

Hatchery conditions for developing PL involve a relatively safe, predictable environment with stable and comfortable water temperature and salinity, where feed is constantly available and predation is generally not a problem. Most shrimp farmers spend substantial resources and effort during pond preparation, to stock their PL into a growout environment with the best possible environmental conditions, as free of predators, competitors and stress as possible, and with ample supply of adequate food organisms.

Still, the transition from hatchery conditions to those prevailing in open grow-out systems such as tanks and ponds, where water conditions can continually or unpredictably change (day/night, dry/rainy seasons over the production cycle) can be a traumatic and stressful experience for PL unless the transition is gradual and stress is minimized. This article will review some of the major general aspects of shrimp PL acclimation as a step critical for success.

There can be significant variation in the strength or “hardiness” of hatchery-produced shrimp PL, and various authors have suggested that the acclimation schedule must be tailored to the “fitness” of the PL, where stronger animals can be acclimated at a faster rate than weaker PL. Different stress tests have been used to challenge a batch of animals and determine how hardy the PL are, to decide on a suitable acclimation schedule. These tests or challenges usually involve subjecting a PL sample of 100 to 200 animals to thermal, osmotic and/or chemical shock for one to four hours and “counting the survivors.”

A widely used challenge is the one proposed by Clifford (Proceedings of the Special Session on Shrimp Farming. World Aquaculture Society, Baton Rouge, LA. U.S.A. 1992). He suggested a standardized “stress test” method where a sample of animals are placed in a container or tank, and the water salinity and temperature are simultaneously brought down to 20 ppt and 10 degrees-C, respectively, for four hours (a test lasting under four hours does not adequately account for lingering PL mortalities).

A variation of this test is to use a 100-150 ppm formalin challenge. A survival rate of 80-100 percent of the test animals indicate PL of high quality, with 60-79 percent survival considered acceptable, and survival rates under 60 percent justifies either rejecting the batch or holding it in the hatchery for a few more days try to improve their strength and quality.

Another variation for assessment of PL fitness is the stress test proposed by Brock and Main (The Oceanic Institute. Honolulu, HI. UNIHI-SEAGRANT-CR-95-01. 241 p. 1994). In their   one- or two-parameter (temperature and/or salinity) fitness test, 100 randomly collected PL are placed in a bucket containing 10 to 15 liters of water at 22 degrees-C and 5 ppt (two parameter test) or at hatchery ambient temperature and 0-1 ppt. Animals are maintained under these conditions for one hour, and survivors (animals that swim and respond normally) counted. The population is considered to have passed the test if survival rate is 80 percent or higher.

Proper preparation of the acclimation station and equipment is an absolutely critical step in PL acclimation. Various other authors have subsequently reviewed the topic, and some of the major focal points are mentioned below. The acclimation station – including all tanks and other water reservoirs, equipment (nets, siphons, buckets, tubing, others) – must be thoroughly cleaned and disinfected by scrubbing with chlorine or other disinfecting agent, rinsed several times and if possible exposed to sunlight to dry.

The importance of having properly functioning and calibrated equipment to monitor water parameters (temperature, salinity, pH, and dissolved oxygen) before the PL arrive at the acclimation station cannot be overemphasized. The time to find out that a refractometer is not properly calibrated or that a probe membrane is not in good condition is during preparation, not during acclimation.

Equipment redundancy, when possible, is highly encouraged, particularly for critical items like aerators (and their power supply) and refractometers. All supplies must be available before PL arrival, including an adequate supply of inert feed (commercial acclimation feeds are available and are highly recommended) and/or frozen Artemia, and also ammonia suppressants, activated carbon, buffers and others.

Published acclimation procedures have been available for several years, and include the following: a salinity increase/decrease of no more than 3 ppt per hour; density of transportation: 1,000-5,000 PL per gallon (approximately 260-1,300 PL/liter); avoid sudden temperature changes (more than 3-4 degrees-C); maintain dissolved oxygen levels at 6-7 ppm.

There are several more recent publications reviewing and describing PL acclimation procedures, and most shrimp farms develop and implement their own version adapted to their general conditions, resources and management procedures. PL acclimation can be accomplished in various ways.

For example, at some farms when the differences in water salinity and temperature between the pond or tank to be stocked and the water the PLs are shipped in are minimal (> 3-4 ppt; 1-2 degrees-C), acclimation can be as simple as placing the plastic bags used to transport PL in the pond for 30-60 min (after making small holes in the bags) and then releasing the animals, although this method is not recommended.

Acclimation can also be started in transit (from hatchery to farm) if PL are shipped in bulk in large containers, by slowly adding water with the desired characteristics (pond temperature, salinity, pH) and completed upon arrival to the farm. But in general most farms have either dedicated acclimation stations or use temporary stations set up alongside the pond to be stocked, and some farms will have both, or even the newer nursey systems that are slowly gaining popularity.

There are several variations but the typical acclimation process basically involves holding the PL for a period of time in tanks and slowly adding water from the pond to be stocked in order to equalize various parameters (mainly salinity and temperature). Special attention must be paid to minimize all sources of stress. Dissolved oxygen levels should be maintained near saturation, and PL must be fed and closely monitored all the time.

Live and frozen Artemia, cooked egg yolk and other foods are used, but in general the use of live Artemia is discouraged because of the potential to stimulate cannibalistic behavior among the PL.  Packing densities depend on PL age and time in transit, and can range from 1,500-3,000 PL/liter for smaller animals (< PL8-10) to 800-1,000 PL in the case of larger animals (> PL15) and in-transit times of over 12 hours.

Reduced shipping water temperatures (to 18-22°C) and the addition of various compounds to shipping water (including ammonia suppressants, buffers and activated carbon) will increase PL survival over extended shipping schedules. Acclimation densities should not exceed 300-500 PL/liter depending on animal size and duration of acclimation.

Salinity is probably the most critical parameter to manipulate during PL acclimation. Different authors recommend various salinity adjustment rates during postlarvae acclimation; for example, an increase/decrease of no more than 3 ppt per hour. Other authors have reported successfully using a salinity acclimation schedule which averaged 18-20 hours on commercial farms in various Latin American countries, in commercial ponds where rainy season salinities ranged from 0-2 ppt and from 6-10 ppt during the dry season.

This schedule involved the following times: 20 min (35 to 15 ppt), 30 min (15 to 10 ppt), 60 min (10 to 4 ppt), and 120 min (4 to 0 ppt). These recommended schedules should be used as the basis for developing an in-house procedure and it is very important to be aware that the actual acclimation rates will vary depending on PL quality, condition and age, and also on the magnitude of parameter change required, particularly for salinity and temperature, and also depending on whether these two parameters must be adjusted upward or downward.

The aquatic environment in aquaculture growout systems, particularly outdoor tanks, ponds and raceways, is under constant change. Sudden and intense changes may result in the animals not being able to conform and survive, or to be significantly stressed to the point that growth, survival and productivity are significantly compromised.

Stress signs are typically evident at the behavioral and histological levels. Conditions like low dissolved oxygen and low salinity are two important parameters that affect the normal physiological and metabolic activities in PL during acclimation. Many physiological changes occur during postlarvae acclimation before stocking into growout systems, and managers must be at least aware of the most important ones and their relevance and implications.

Proper nutrition is a key aspect in the ability to tolerate changing environmental conditions. For example, PL fed a diet with high HUFAs (highly unsaturated fatty acid) content are generally better able to withstand salinity changes during acclimation and transition to growout systems after stocking. And oxygen consumption can vary in response to changing salinities.

Postlarvae acclimation before stocking into the various growout systems (ponds, raceways, tanks) is a critical – and often overlooked, sometimes taken for granted – step in the shrimp culture process. The most important consideration during acclimation is that parameters should be changed slowly so that animals have the opportunity to gradually adapt. In general, and for many parameters, the rate of change is more important than the magnitude of the change (within tolerance limits). The influence of possible synergistic effects must also be considered, because changes in one parameter (e.g., water salinity, temperature) can bring about differential sensitivity to other parameters (e.g., dissolved oxygen, ammonia).

Minimizing stress must be the foremost priority during PL harvest at the hatchery, transportation to the farm, and through the acclimation and stocking processes, because stressed animals – when released into the growout environment, much more hostile and unforgiving than the hatchery – may be less likely to survive, and if they do survive may carry a handicap they will not overcome, resulting in reduced survival, growth, production and profitability. 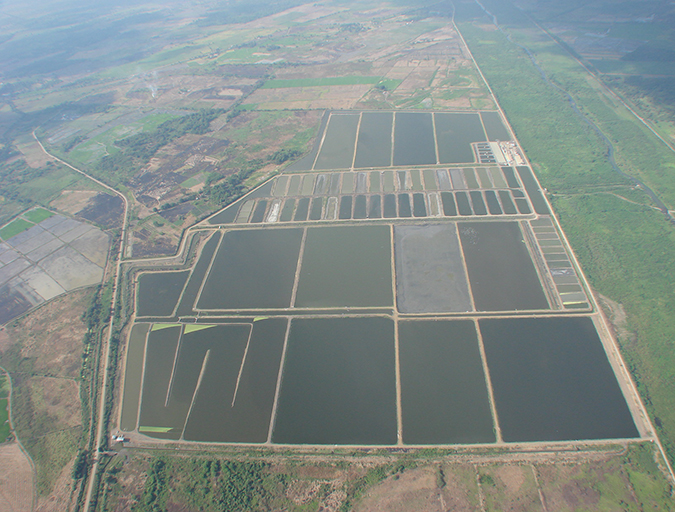 The complex principles of redox measurement

Keep adequate concentrations of dissolved oxygen in the culture water by balancing stocking and feeding rates with the amount of mechanical aeration applied. To prevent anaerobic conditions at the sediment-water interface, aerators should be positioned to promote the flow of oxygenated water across the pond bottom. 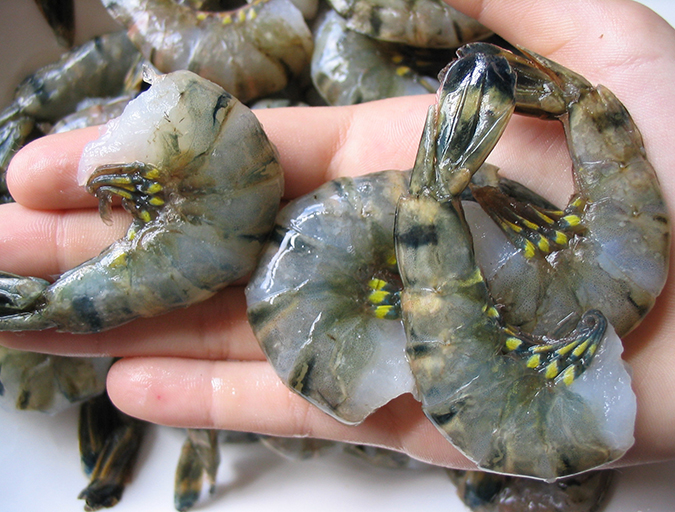