Pollack is a pelagic to benthopelagic species distributed in the East Atlantic from Norway’s northern and island coasts to Portugal. Young individuals live in groups close to the coast in sandy or rocky areas, while adults migrate toward water about 200 m deep. Adult individuals swim in shoals only during the spawning season.

In the last few years, research to foster diversification in marine fish culture resulted in the selection of pollack. Pollack exhibit good growth rates, quality meat and the possibility to be commercialized in the form of fillets. Results from several studies related to the reproduction, larval rearing and culture of this species have supported the development of its culture technology.

The first experiment on pollack growout in northwestern Spain was carried out at the Galician Institute for Aquaculture Training in 2001. The company Isidro de la Cal succeeded in closing the culture cycle of pollack and started commercial production in 2005.

In more recent work by the authors presented at Aquaculture Europe 2008 in Poland, the growth of 70 fish from the hatchery of the company Luso-Hispana de Acuicultura was assessed. They had an initial weight and size of about 382 grams and 33 cm, respectively. Fish were kept in a 4-cubic-meter polyester tank in an open system with extra aeration throughout the experiment.

Dry feed was administered through automatic feeders three times/day, twice in the morning and once in the afternoon. Temperature, salinity and oxygen were measured on a daily basis. Weight and size were sampled regularly to evaluate growth rates and feed conversion.

At the end of the authors’ 258-day study, fish reached an average weight of about 1.05 kg and average size of 42 cm (Table 1). The specific growth rate was 0.39 percent with an average feed-conversion rate of 1.57. The temperature fluctuated between 12.4 and 19.1 degrees-C during the study. Six specimens died, and no pathological process was observed.

Table 1. Averaged performance parameters for pollack in a 258-day.

The results showed the pollack had a good growth rate. Feed conversion at the end of the experiment was acceptable, especially given that little is known about the nutritional requirements of this species during growout.

Research to date has shown that pollack is a species that resists handling and adapts to captivity easily, spawns naturally and has good growth rates at ideal grow-out temperatures of 12 to 18 degrees-C. Depending on size, pollack are marketed at attractive prices above €8 ($10.45) per kg. Therefore, they can be considered a species likely to have successful culture on most European coasts. 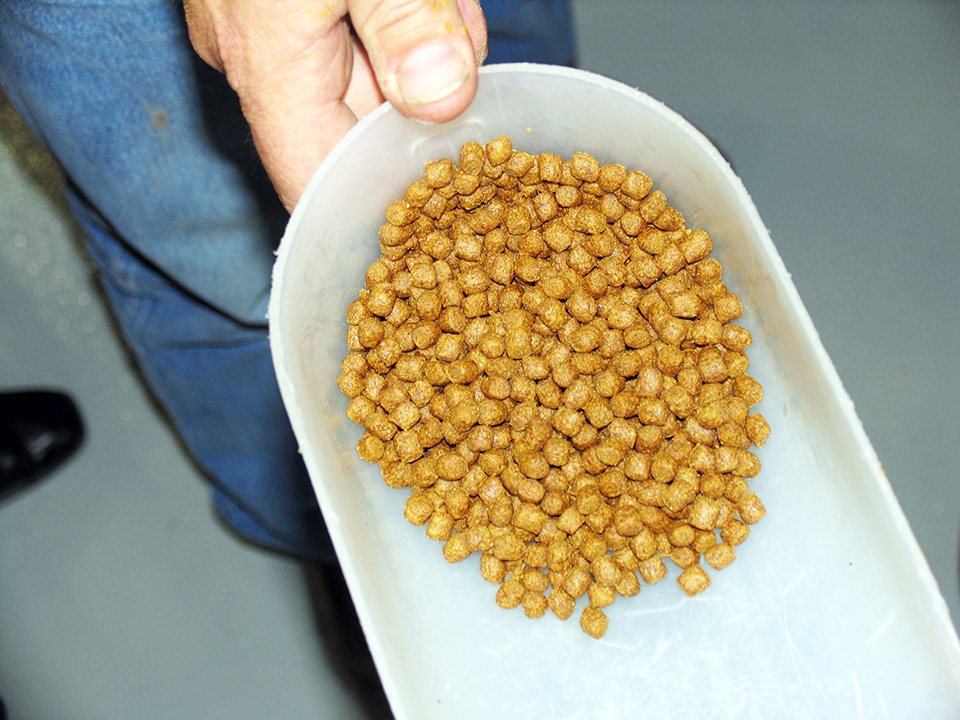